SHENZHEN, China, Oct. 29, 2021 /PRNewswire/ — Netac DDR5 memory will be officially launched for gamers after the release of the 12th generation processor supporting for PCIe Gen5 and DDR5 memories with the introduction of big. LITTLE mixed architecture on the desktop platform and the first 10nm Enhanced SuperFin process.

The DDR5 memory launched this time is one of the Basic Series products, which is designed with the concept — the first memory for every ordinary dream chaser. Netac hopes to bring a purer and broader world to every user with its excellent performance. 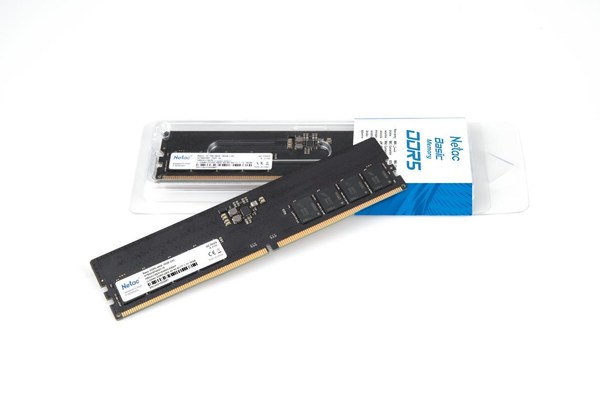 Currently, DDR4 has the initial capacity of 4GB, while that of the Netac Basic Series DDR5 is 16GB with the maximum capacity of 128GB. As for frequency, the supported range is 4800 MHz to 8400 MHz. In addition, the operating voltage is lowered to 1.1V, ensuring better power efficiency with high performance.

Although DDR5 and DDR4 are not very different in terms of size, but they are not compatible. Its worth to mention that DDR5 memory has a lot of new technologies, such as PMIC integration into the memory module to ensure more precise power supply management and provide higher compatibility, higher signal integrity, and stronger resistance against interference. Moreover, DDR5 memory provides an error correcting mechanism, called On-die ECC, to make the system more stable.

In addition to the Basic Series, Netac will also unveil Shadow Series, Shadow RGB Series, and higher-end series products with further improved performance, which will not only support the Intel XMP3.0 Performance Maximizer technology but may also reach the ultrahigh frequency of 10000+ MHz.