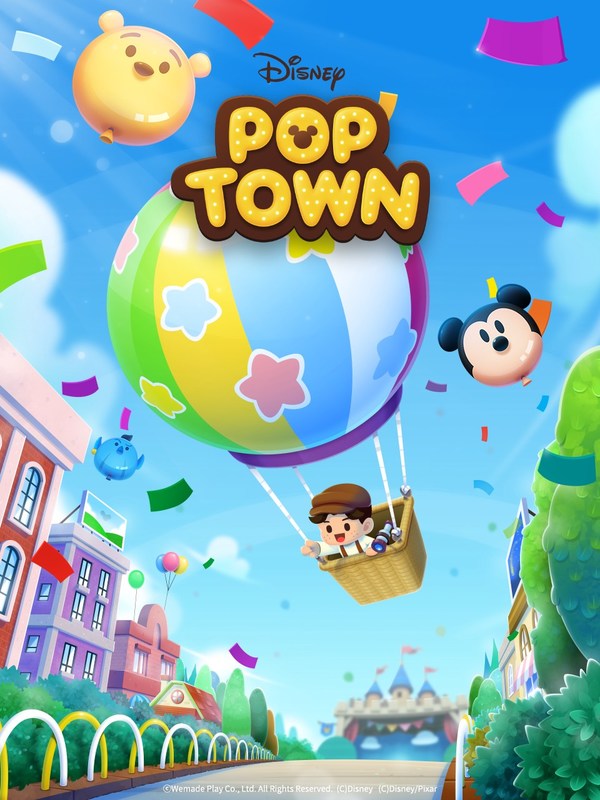 The newly updated game presents "Tomorrow Land" where competition events are held separately from conventional story-based play. The "Tomorrow Land" comprises of total 20 puzzle stages, with each set made up of 5 stages, and players are ranked on first-complete basis. Inspired by the real rides at Disney World the "Tomorrow Land" invites users to play at familiar puzzle settings and sparks exciting competition by allowing only 100 users to make it to the top rank. The "Tomorrow Land" will act as a playground for players to flaunt their puzzle skills and the top-ranking users will receive one-of-a-kind special costume as a reward.

"Disney POP TOWN" also showcased "Chapter Shift", which grants users to move freely between puzzle stories. While players had to follow the story flow and play along the chapters sequentially before the update, they can now enjoy a much more unrestrained game and choose the chapters they want to play. The rewards for completing the last quest for every chapter have also been expanded.

Furthermore, the game allows users to take a sneak peek at the level of the difficult puzzles so they can strategically determine whether to mobilize their items or not. Other user-friendly enhancements such as "World Zoom Out" for an overview of users’ own map decoration and "Story Skip" to speed up the game have been installed.

Myeong-Ok Song, General Manager of Wemade Play, stated, "We have enthusiastically retouched our game so our users can thoroughly enjoy new competitions, puzzles, costumes, stories, and decoration. We are committed to providing the best quality game with due updates that reflect our users’ opinions."

Developed and serviced by Wemade Play, "Disney POP TOWN" is a mobile game released in Asian countries including Japan in October 2019. It is a narrative puzzle game based on 34 Disney’s beloved intellectual property contents including "Aladdin" and "Frozen." Players can explore 2,900 puzzle stages in 14 chapters with 506 kinds of costumes.