HO CHI MINH CITY, Vietnam, April 28, 2022 /PRNewswire/ — It’s still the early of 2022, and FOTA: Fight of the Ages – the Play-2-earn blockchain-based project – has raised $8.3M in its angel fundraising. Despite the fluctuations of the market in these days, FOTA makes its way to flourish and thrive with a solid, profound roadmap. According to FOTA’s developer – Meta DJINN, the project is merely the beginning of their visionary goals. Meta DJINN also displays four fundamental principles in their development progress, establishing FOTA as the first AAA turn-based RPG and MOBA metaverse in the global GameFi sector. 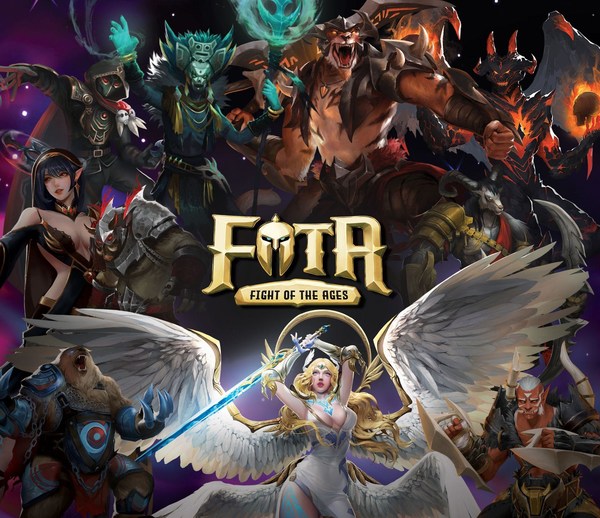 How FOTA Is Set To Dominate The GameFi Industry

The project shall become the star that outshines any other blockchain-based MOBA projects. With the membership into Blockchain Game Alliance in March 2022, FOTA has successfully strengthened its position as a prominent GameFi project currently.

FOTA has kept their heat since their first appearance in public, as they keep their communities updated with in-game graphics, fantastic character designs, and displays of FOTA’s Mixed Reality (MR) experiences. In addition to the news and updates, FOTA attracts huge numbers of members thanks to the Global AMA Tournament held in the first quarter of 2022. The special event offered generous rewards for active participants with great questions.

What makes FOTA such an astounding project lies in its potential, and the future of gaming that it offers. Anyone who follows FOTA’s roadmap will get easily impressed with how beautifully the developers could incorporate MR and Rent-2-play mechanisms into the project.

FOTA’s MR experiences are supported by Microsoft Mesh – a Microsoft Corporation platform that optimizes interactions between players despite far distances. In FOTA, players will be able to freely customize their Heroes and create their own avatars in the FOTA Metaverse. FOTA’s MR will allow players to join battles, interact with other players as well as collaborate across distances. Gaming in FOTA offers freedom to the utmost by giving players an irreplaceable experience of physical and virtual aspects in their proximity. Specifically, at the end of 2021, Ryan Nguyen – CTO of FOTA – showed a video of him testing out the MR Technology by controlling the characters freely right in front of him with the help of the VR headset.

In addition, FOTA offers a Rent-2-play mechanism as a solution to the problem of low capital for beginners. By utilizing this feature, players with high-quality Heroes and/or items will have the chance to put their NFTs on lease for passive income while new players will be able to rent and play at very affordable costs. As they progress throughout the game, the lessor will earn a steady profit and the lessee will be able to receive rewards to save for their own heroes.

With a view to forging the most engaging metaverse on the blockchain market, Meta DJINN PTE. LTD – The game studio of FOTA, lay the foundation of their work via the following principles of development.

FOTA is determined to bring virtual experiences to the real world. Therefore, FOTA prioritizes the utilization of Microsoft Mesh’s potential, which is immeasurable as the platform offers features that are far beyond simple business meetings. Upon recognizing the impact that Microsoft Mesh can have on the current GameFi business, FOTA relies on this technology to set the new global standards of the GameFi industry.

FOTA’s ethical responsibility is to strive for creativity in each and every aspect of the game. The team has come up with a diverse system of characters, items, monsters, bosses, and maps. Moreover, the lore of FOTA and its characters’ backstories also play a vital role in connecting the different worlds; not to mention some advantages and disadvantages that certain Heroes may have on the others. The game will soon launch its Beta version with 25 Heroes available for players to enjoy.

To create success like FOTA, it takes absolute commitment to teamwork and unity. What matters most is not only the unity within FOTA’s team but also the one within its communities as well. The power of trust, accountability, and integrity play an important role in taking FOTA to the top of the list of GameFi projects.

With passion, courage, and dedication; FOTA is able to live up to, or even exceed the toughest expectations Each development phase requires attention to detail to the extent that FOTA is tested on multiple occasions so that its debut will only sum up in one word: Perfection.

About FOTA – Fight of The Ages

First, DJINN Lab aims to pioneer in business concepts by implementing the Blockchain technology in many industries worldwide, and to conduct novel crypto-based models. Currently, the gaming platform is one of the most suitable applications for the company to utilize the usage of Non-fungible Token (NFT). DJINN Lab will conduct research on the current market and come up with solutions as well as gaming ideas that are sure to flourish.

Second, DJINN Studio plays a crucial role in the distribution of products from our Lab. As the publisher for DJINN Lab, the Studio has the mission to carry out strategic Marketing Plans and establish sustainable communities for each product.

Third, DJINN Fund is a company’s branch that focuses on investing in world-class technology-integrated projects and incorporates them into the DJINN ecosystem. DJINN Fund’s mission is to support startups by bringing their practical ideas into fruition and creating impact on the Blockchain and Cryptocurrency industry.

Therefore, FOTA is the first project of Meta DJINN to ensure the vision and mission of the company. The ambitious project offers the most immersive gaming journey with sensational graphics, diverse gameplay modes, and an in-depth backstory with lore revolving around a massive fantasy universe with three major planets, populated by gods, humans, demons, and many more races waiting for you to explore.

With its advanced technology, FOTA is one exceptional metaverse where players enjoy a whole new world of both physical and virtual experiences as they advance further in the game. In FOTA, investors/players own Heroes as Non-fungible Tokens (NFTs). They can freely interact with those NFTs in the real world and have absolute ownership over their digital assets.

The project is approaching its first IDO in May, and communities of FOTA are becoming livelier than ever as FOTA keeps on hosting giveaway campaigns as a tribute to its beloved supporters. Celebrating the 300,000th follower on Twitter, FOTA will be giving out 10 GEMS 01 NFTs of GEMS GameFi & Esports 3.0 Platform, which are worth up to $80 each. The chances are exclusive to FOTA members and the giveaway only lasts for one week. Remember to stay tuned and follow FOTA right now so you can have the chance to receive rewards.