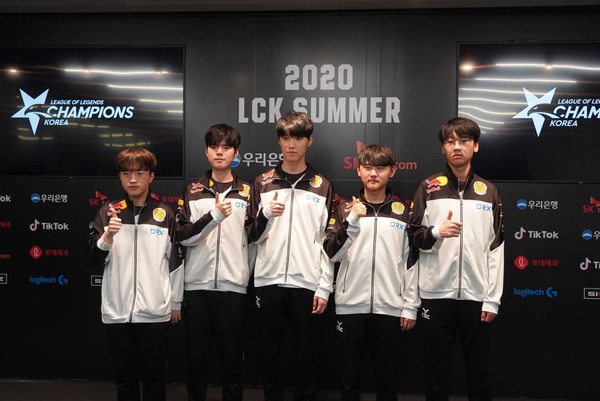 The investment is participated by JS Corporation (KRX: 194370), a KOSPI-listed global exporter of luxury handbags, as well as companies with solid financial stability such as Seoul Investment Partners, Quantum Venture Korea, Shinhan Capital, Wonik Investment Partners, and Devsisters Ventures. Rather than a conditional investment commitment to the selection of franchises, the investment and payment were executed in advance, believing in the growth potential of DRX.

The companies that participated in the investment have decided to invest due to DRX’s strong global fandom, the systematic big-data based player discovery system, and its potential for unrivaled growth. In particular, the fact that the company is building and strengthening its own business model before the launch of the franchise seems to have also played a significant role.

With this investment, DRX is fully prepared financially for the launch of Legends Champions Korea (LCK) franchises. This will make DRX as one of the LCK teams with most cashable assets. The investment will be used in various fields such as improving infrastructure and welfare facilities for players, creating global content and marketing.

In addition to this investment of USD 10M, DRX announced that ATU Partners and its parent company Kibo Steel will invest an additional USD 12.5M in the future. ATU Partners is a general partner (GP) who exclusively oversees investment and operation of private equity funds, ATU eSports Growth Fund No.1, the largest shareholder of DRX.

Kibo Steel is a family company of DRX’s Chairman and ATU Partners CEO Park Jung-moo, and is a steel manufacturing and distribution company that celebrates its 21st anniversary. As of the end of last year, the company has solid financial stability of USD 420M in revenue and USD 182M in total assets, and is a prestigious company that won the Presidential Award and the National Tax Service Commissioner Award.

With this massive investment attraction, the financial soundness of DRX has become even more robust as ATU Partners and Kibo Steel have pledged to continue to invest. DRX is realizing its specific plans to become a ‘top global esports company’ with a healthy business structure and super-fandom brand.

DRX’s CEO Choi Sang-in said, "I sincerely thank all the investors. They believed in DRX’s value and its growth potential and executed investment and payment in advance before the franchise is finalized. I hope this investment will help not only DRX but also the entire LCK to continue its significant growth."

DRX is an esports management organization and runs a professional League of Legends (LOL) team. It has a strong global fandom, which helped DRX reach 270k average viewers in this spring season and 3rd place in global viewership across all global LOL teams. DRX has developed a proprietary method of quantitative and qualitative metrics analysis upon which builds a structured team training system. Since it also has a deep roster with one leading team along 3 academy teams and a continuous stream of great talent, DRX anticipates a better future to come. Just like the team slogan "Enjoy Challenge", DRX makes savoring challenges its motto.