HO CHI MINH CITY, Vietnam, Dec. 8, 2021 /PRNewswire/ — Christopher Lee has been announced as Jian Xia Qing Yuan R‘s brand ambassador at the end of November. The actor – who has been very famous for his collections of martial art movies and dramas – now is accompanied by his doppelgänger of a 3D model on the journey to Jian Xia Qing Yuan world.

This is the first time ever he has appeared with a virtual model of himself in a commercial, and the second collab between Christopher Lee and VNGGames – one of the biggest Vietnamese game publishers. 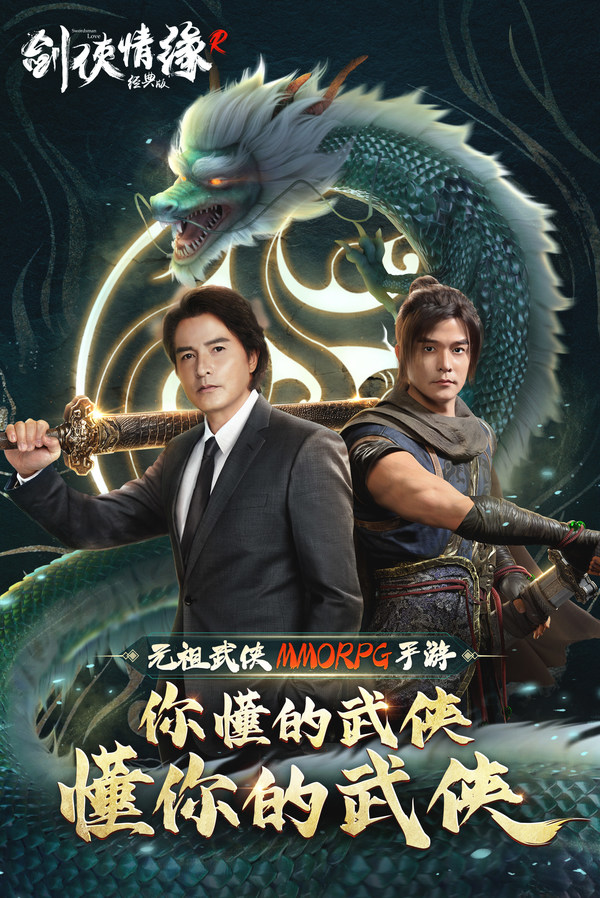 In his over-20-year career, Christopher Lee has been working in many genres of movies. He also played many roles in the entertainment world. However, most of his fans recognized him as one of the most impressive actors in the field of ancient dramas. With that vibe, Christopher Lee is the best option for the role of Jian Xia Qing Yuan R’s ambassador.

Jian Xia Qing Yuan R is the lastest name from the popular online game series Jian Xia Qing Yuan. It fully reproduces the original version from the visuals & 2D overhead angle, classic gameplay & occupations, plot, soundtrack, and other details. It also preserves some of the most favorite mechanisms through ages: free PK, Wuxing elements, and especially the free trading system which is also the most famous feature of the JX series and is extremely rare in the MMORPG market nowadays.

Before coming to Singapore and Malaysia, Jian Xia Qing Yuan R was launched in Vietnam, China, and Taiwan. Among many trendy-style video games, Jian Xia Qing Yuan R has conquered millions of players in those countries with its classic yet signature features. It has been ranked as one of the most favorite MMORPG games in Viet Nam, and one of the best products of VNGGames.

Both the fans of this game and Christopher Lee are now excited to join the preregister activities at https://jxqy.onelink.me/GAu0/pr and count down to the Open Beta date on December 15th.