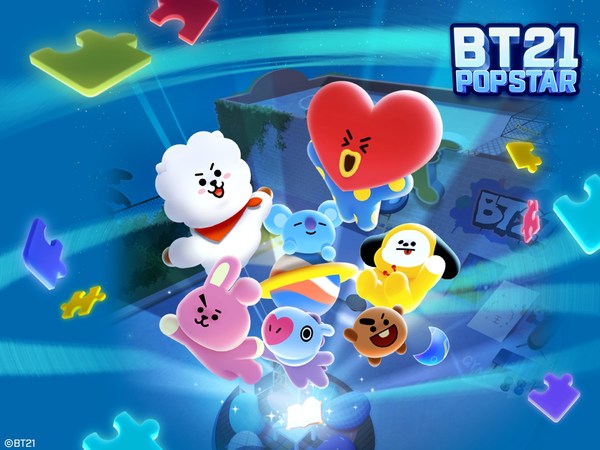 Starting February 16th 11:00am, ‘BT21 POP STAR’ will start a pre-registration event until its official release. Anyone who pre-registers through Google Play Store and App Store will receive items and coins that can be used in the game. Moreover, 2 types of limited profile images will be granted as well based on the total number of players who pre-register.

‘BT21 POP STAR’ is a mash-up mobile puzzle game featuring LINE FRIENDS’ global character ‘BT21.’ Along with the colorful and diverse Match-3 Puzzles, players can collect and raise ‘BT21’ characters: KOYA, RJ, SHOOKY, MANG, CHIMMY, TATA, COOKY, and VAN. They can also use each character’s special skills to complete levels and watch various reactions to enjoy the original ‘BT21’ characters. Also, players can enjoy ‘BT21 POP STAR’ with various additional contents, including ‘CROWN STARS,’ a real-time puzzle match with 10 players, and ‘CLUB,’ a social feature to communicate with their friends.

SundayToz will be launching ‘BT21 POP STAR’ in Asia after completing the pre-registration campaign in Q1 2021.