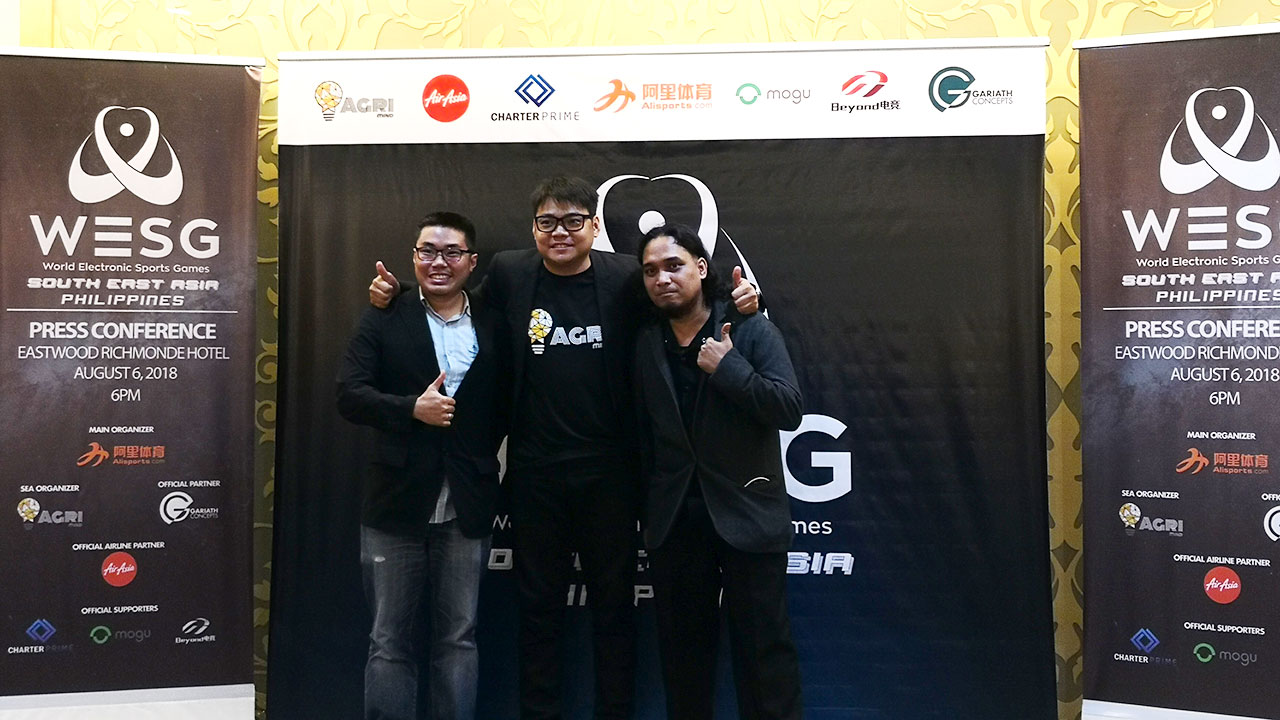 WESG (World Electronic Sports Games) 2018 will be setting up one of their Southeast Asia tournament legs in the Philippines and Gariath Concepts have announced that they will be the strategic partner of the Philippine qualifiers alongside Southeast Asia organizer Agri Mind.

Gariath Concepts, the organizer of gaming festivals such as Pinoy Gaming Festival: Summer Assembly, Brawlfest, and Esports and Gaming Summit (ESGS), will provide assistance in the handling the entire duration of the Philippine Leg from the online qualifiers to the Philippine National Finals.

The games featured in WESG 2018 include Counter-Strike: Global Offensive, DOTA 2, Hearthstone, Starcraft II, and Vainglory. The qualifiers will begin this month and the winners of the qualifiers will compete in the Philippine National Finals which will be held at ESGS 2018 on October 26 to 28, 2018, with a prize pool of USD 7,500.00 (~PHP 375,000.00). Winners of the Philippine National Finals will represent the country for the SEA Grand Finals in November.

Online Qualifiers for each game will start on the following dates:

In order to join the qualifiers, players will have to be at least 16 years old and own a valid Philippine passport.

The tentative schedule of the Philippine National Finals for each game are as follows:

In a statement, Agri Mind chairman Calvin Lau said, “Agri Mind is looking forward to partnering with Gariath Concepts, a powerhouse who has hosted the biggest game exhibition in the Philippines for 3 years in a row, making them one of the best to work with as they would know the local esports scene the best. Together we will position WESG as the top esports tournament in the ASEAN region. By supporting various companies of the regional esports scene, we aim to nurture a new generation of world-class players with the skills, tenacity, and work ethics to take on the best in the world.”

Gariath Concepts Managing Partner Joebert Yu also stated, “Gariath Concepts is honored to be the official partner of Agri Mind on the World Electronic Sports Games Southeast Asia (WESG SEA) for the Philippines. Putting the National Finals for the Philippine Leg at the Esports and Gaming Summit (ESGS) will be a big milestone for both organizations and another big step for the esports industry. The esports players and enthusiasts will be very excited for this big partnership.”

Registration for the Philippine Qualifiers is ongoing and ends on August 12, 2018. Interested teams/players may register through https://bit.ly/joinWESGSEA .