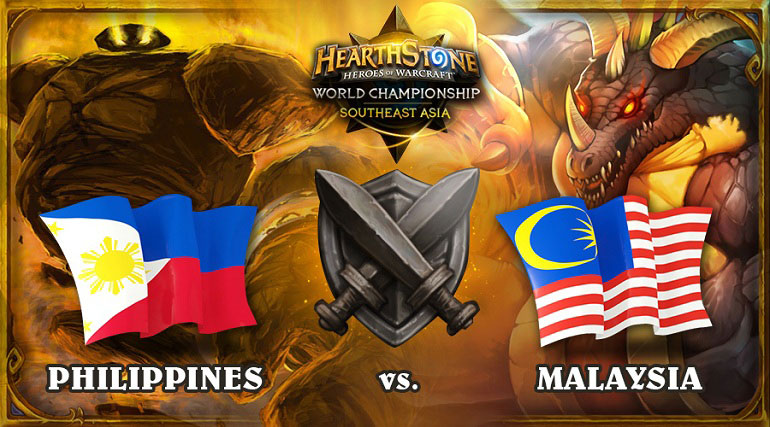 The World Championship of Blizzard’s Hearthstone digital collectible card game is only a few months away and, after weeks of voting, the Philippines, along with Malaysia, is one of the two nations to possibly play host to the South East Asian Regional Finals.

To decide which of the two will end up becoming the official host country, fans are being asked vote on the Hearthstone SEA website until July 8, 2015, 11:59PM. The nation with the highest votes after this final round of voting will become the official Hearthstone World Championship SEA Regional Finals host nation.

The Hearthstone World Championship: South East Asia will be Blizzard’s biggest eSports event in the region with possibly over 30 million players watching live or online so if the Philippines wins and is chosen as the host nation, it will give the country the recognition as a center of eSports and gaming in the region.

Voting is as easy as going to the voting page, connecting onto your Facebook account, and choosing the Philippines as the tournament’s host country. Help the Philippines gain prestige and recognition in the gaming and eSports community by voting for the country to become the host nation for the Hearthstone World Championship SEA Regional Finals.

Hearthstone is Blizzard’s digital collectible card game and is one of the most popular online video games in the world with over 30 million players. The game is free to play and is available on Windows, Mac, iOS, and Android.