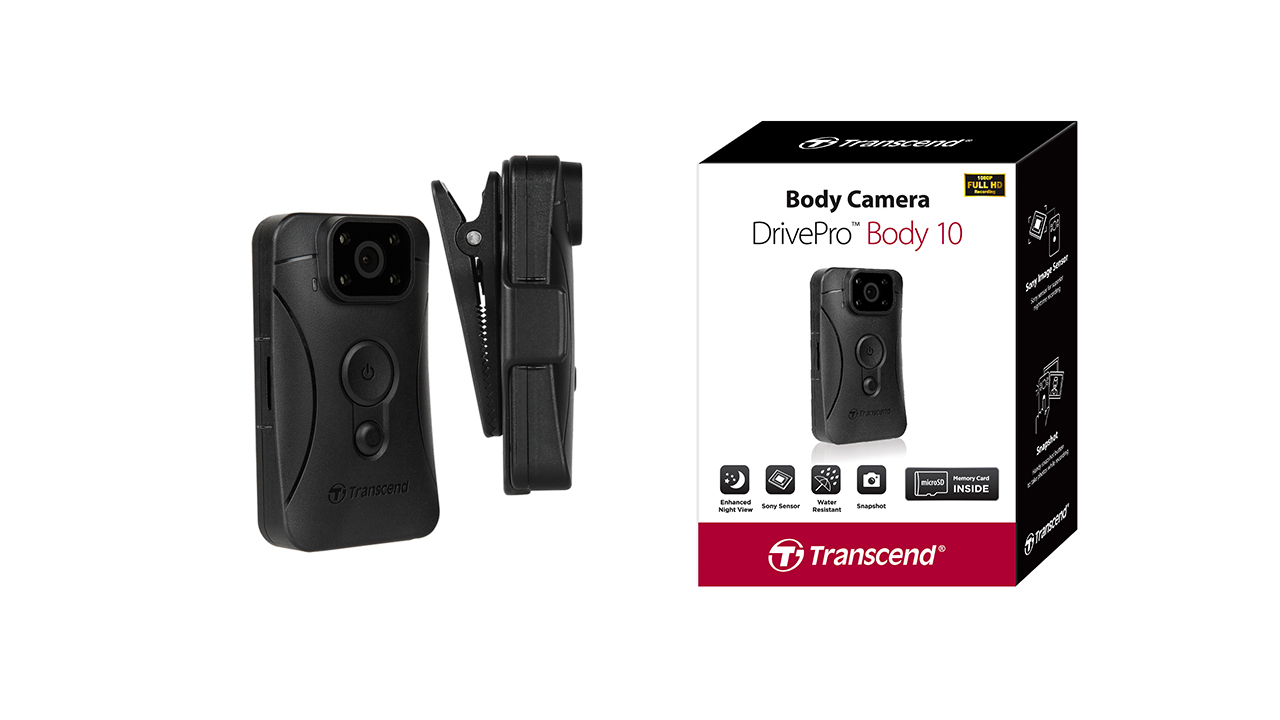 The DrivePro Body 10B’s sensor is capable of capturing video in full HD 1080p at 30fps and, with its four automatic infrared LEDs, is capable of capturing detailed greyscale video even in complete darkness. The new body camera is also equipped with a quick snapshot button for easily taking still images while recording, a built-in 1,530 mAh Li-Polymer battery that gives the camera up to five hours of battery life, and a 32GB microSDHC card.

The camera comes with several accessories including a 360-degree rotating clip and a Velcro holder to give users several options to securely attach the camera to uniforms or gear. Transcend is also making other accessories available for the DirvePro Body 10B, including a magnetic mount and a MOLLE mount. As previously mentioned, the camera already comes with a 32GB microSDHC card but it is als oco

The DrivePro Body 10B body camera comes with the company’s two-year limited warranty and is compatible with the DrivePro Body Toolbox software, which allows users to easily manage the video and still images the camera captures. Pricing and availability of the new body camera has yet to be announced but we should see them available soon.