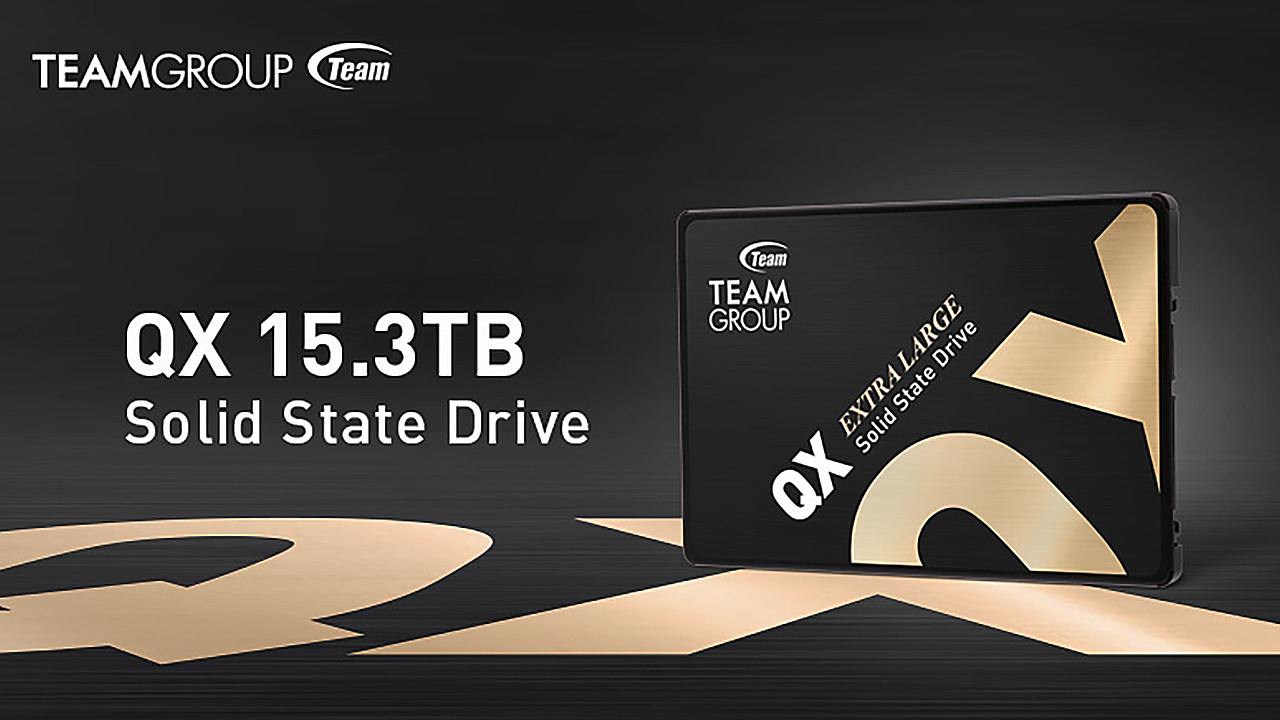 The QX utilizes 3D QLC flash memory and is said to have a lifespan of 2560 TBW (Terabytes Written) and an MTBF of 1,500,000 hours, supposedly making it incredibly durable. It features a SATA Rev 3.0 interface and is rated to have a read/write speed of up to 560/480MB per second, respectively. It also supports a smart dual cache with SLC caching technology and a DRAM cache buffer. Some of the QX’s other features include support for Windows TRIM optimization, NCQ technology, wear-leveling technology, and ECC (Error Correction Code).

The TeamGroup QX 15.3TB 2.5-inch SATA SSD will be priced at USD 3,990. According to TeamGroup, the new SSD is currently made to order, with no information as to whether it will be made widely available in the future.