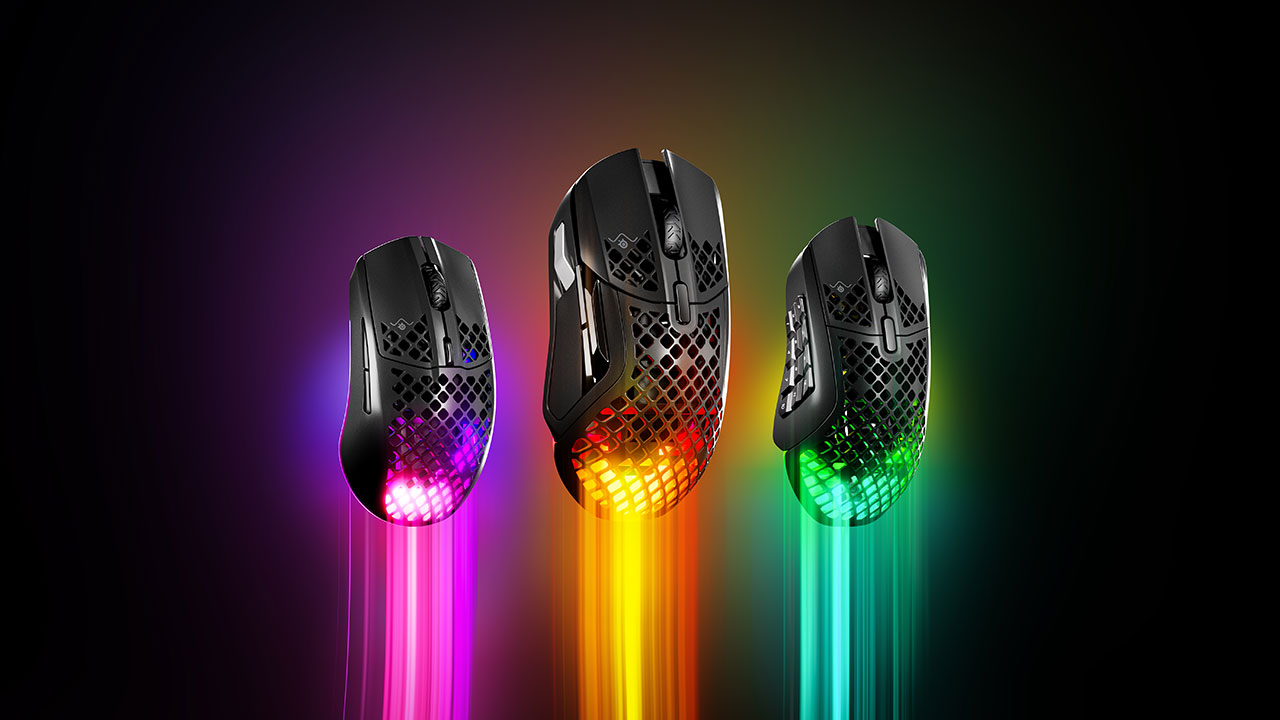 SteelSeries has announced three new additions to its Aerox family of gaming mice, namely the Aerox 5, Aerox 5 Wireless, and Aerox 9 Wireless. The three new gaming mice build on the design and features of the Aerox 3 and Aerox 3 Wireless, which were released near the end of 2020.

The SteelSeries Aerox 5 Wireless is slightly heavier at 74 grams but also provides up to 180 hours of battery life. Charging the new mouse for just 15-minutes will also give it 40+ hours of use. The Aerox 5 Wireless utilizes both Quantum 2.0 Wireless and Bluetooth technology and is equipped with nine programmable buttons and the same TrueMove Air sensor as its wired counterpart.

The new SteelSeries Aerox 9 Wireless features a whopping 12 programmable thumb buttons, making it suitable for games like MMOs and MOBAs. Weighing at 89 grams, the new mouse also uses Quantum 2.0 Wireless and Bluetooth technology for connectivity. It also features Golden Micro IP54 switches (which are rated at 80 million clicks), a TrueMove Air sensor, and IP5-rated AquaBarrier protection. It also offers up to 180 hours of battery life and is capable of gaining 40+ hours of battery life from a 15-minute charge.

The SteelSeries Aerox 5 is priced at PHP 4,399 while the Aerox 9 will cost PHP 7,799. SteelSeries has yet to announced the price of the Aerox 5 Wireless in the Philippines.