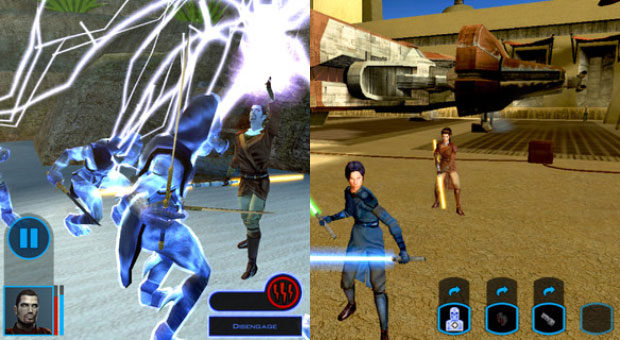 Bioware’s role-playing game Star Wars: Knights of the Old Republic is now available for the iPad through the iTunes App Store for only $9.99 (around Php422.53).

The game is compatible with the iPad 2 and up and iOS6 and newer and requires approximately 2GB of free storage space.

Developed by Aspyr, a Mac OS port developer/publisher based in Austin, Texas USA. They’ve previously ported other games to Mac like Neverwinter Nights 2 and Civilization 5.

The original Star Wars: Knights of the Old Republic was released in 2003 for the PC and original Xbox.