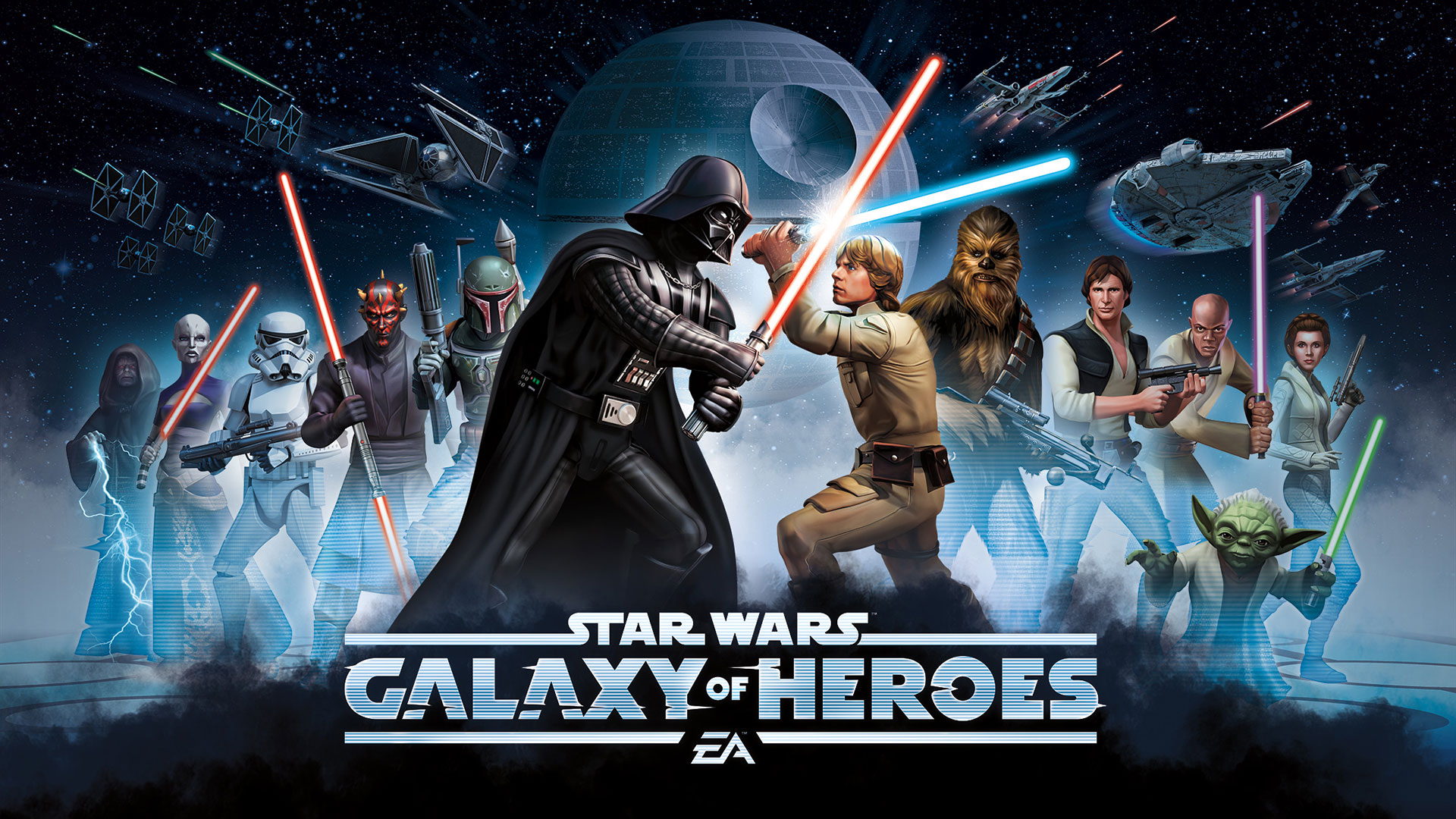 EA has officially announced the release of their latest mobile game for both Android and iOS, Star Wars: Galaxy of Heroes.

The game brings together many iconic character from all across the Star Wars universe for players to collect and assemble into powerful teams and battle against other teams of iconic characters. It features a gameplay style similar to the Heroes of Might and Magic franchise where two teams of heroes are placed on a battlefield and battle each other in strategic turn-based combat.

There are currently over 60 collectible characters in Galaxy of Heroes from every corner of the Star Wars universe from the original movie trilogy and prequels to Star Wars: The Clone Wars and Star Wars: The Force Awakens, each with their own set of powerful, upgradeable attacks and abilities. Some of these iconic characters include Luke Skywalker, Darth Maul, Ahsoka Tano, and Count Dooku.

The game’s missions and battles will take place in many of the universes’s most memorable and iconic worlds and battlefields including Hoth, Bespin, Tatooine, Coruscant, and more. Lastly, players will be able to pit their teams of heroes and their unique strategies against other players in ranked PVP battles.

“We’ve created a game for Star Wars and RPG fans where you can mix and match your favorite characters from across all the films and TV shows, creating squads with heroes from both the light and dark sides,” said John Salera, Executive Producer on Star Wars: Galaxy of Heroes at Capital Games. “The game is simple to control but has incredible depth and breadth. You can strategize on which characters complement each other most, then make your custom teams more powerful with new gear and loot you win from battles, on all the planets and epic locations that you love, anytime, anywhere.”

As previously mentioned, Star Wars: Galaxy of Heroes is free to download and is available on both iOS and Android via the App Store and Google Play, respectively.