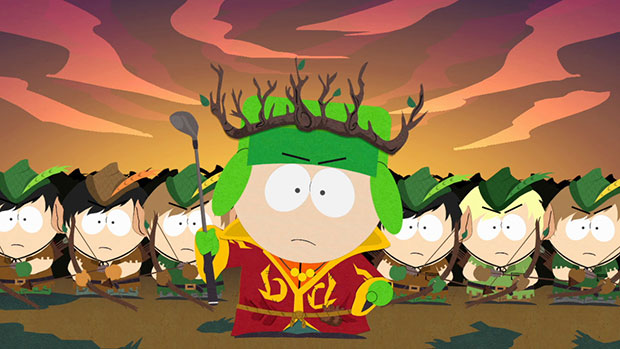 Pre-orders for the upcoming role-playing game South Park: The Stick of Truth are now available on Steam.

In the Stick of Truth, players will take on the role of the New Kid and join Stan, Kyle, Cartman and Kenny to save South Park. The Stick of Truth is being developed in partnership between South Park Creators Trey Parker and Matt Stone and Obsidian Entertainment. The game is published by Ubisoft.

Pre-ordering the game from Steam will get you “The Ultimate Fellowship” content pack which contains 4 bonus in-game costumes that also grant special abilities in the game. The Necromancer outfit increases your fire damage, the Ranger Elf costume lets you dish out more weapon damage, you gain more gold whilst using the Rogue Assassin costume, and the Holy Defender costume increases your character’s defenses.

South Park: The Stick of Truth is coming out on PC on December 6, 2014. You can pre-order the game through Steam via the Steam client or the Steam website. The game is also set for release on the Xbox 360 and Playstation 3.