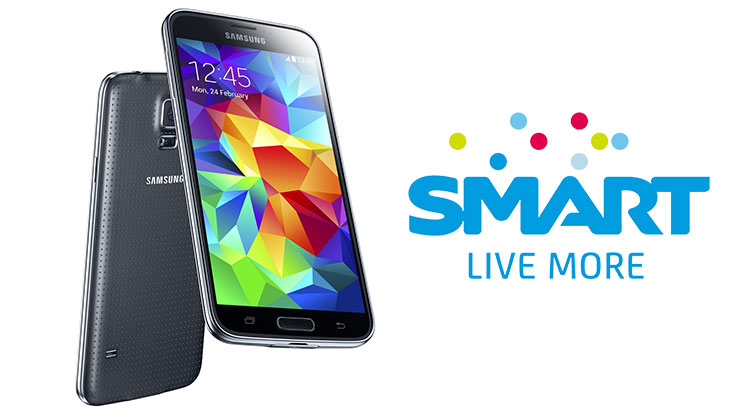 There’s only a little over a week left until the worldwide release of the Samsung Galaxy S5, so Smart has unveiled their lineup of postpaid offers for those who want to be one of the first to own Samsung’s latest flagship smartphone when it’s released on April 11.

Consumers can get the Samsung Galaxy S5 on either Smart’s UnliSurf Plan 2000 or UnliSurf Plan 999. Users who subscribe to Plan 2000 won’t have to pay anything up front for a 30-month contract while Plan 999 subscribers will have to pay Php800 per month for 24 months on top of their subscription fee (this also means Plan 999 subscribers will be locked in for 24 months). Both plans offer “unlimited mobile surfing” on Smart’s LTE network as well as varying amounts of All-Net Calls and Texts. More details below:

Smart is also giving away a few extras to those who pre-register their interest and eventually purchase a Samsung Galaxy S5 plan.