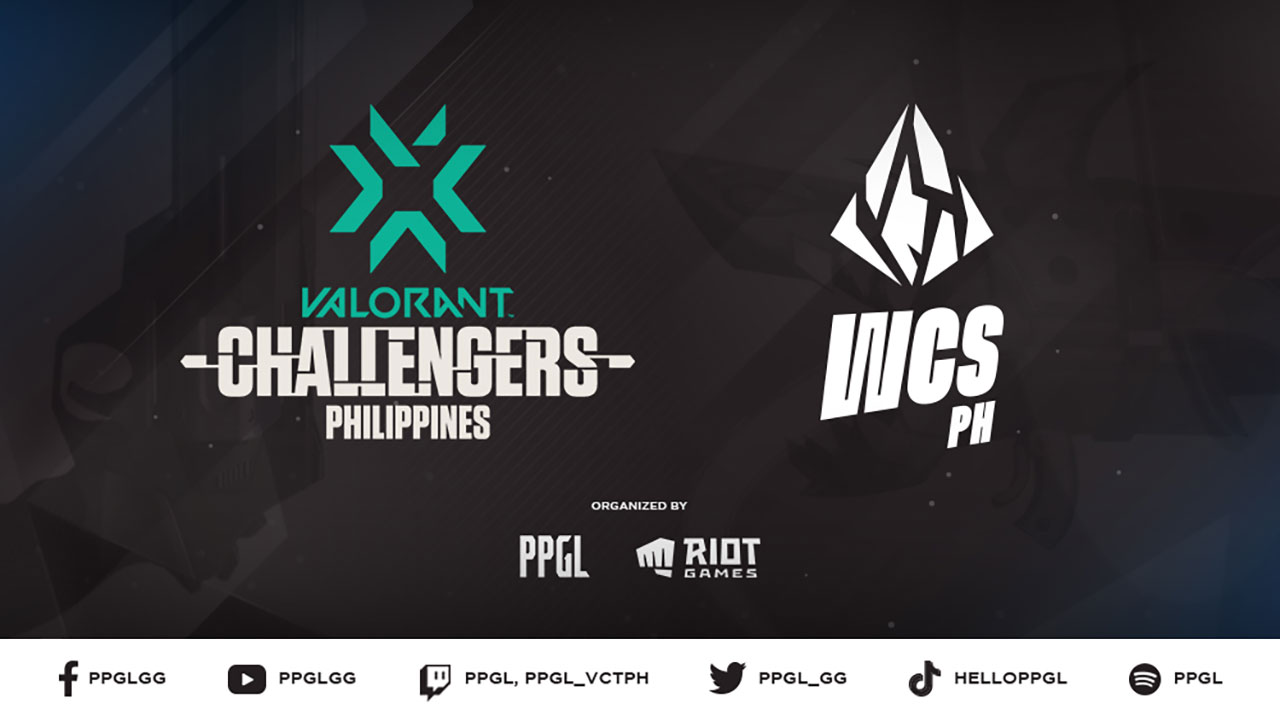 “We are thrilled to welcome the VALORANT Challengers Tour back for a second year, and to also officially introduce the Wild Rift Champions Southeast Asia to host countries across the region. Building off an eventful year in global esports, we look forward to delivering another round of competitive, action-packed events where the best contenders in the region will have the opportunity to prove their worth amongst the world’s strongest teams,” said Chris Tran, Head of Esports for Southeast Asia, Hong Kong and Taiwan at Riot Games. 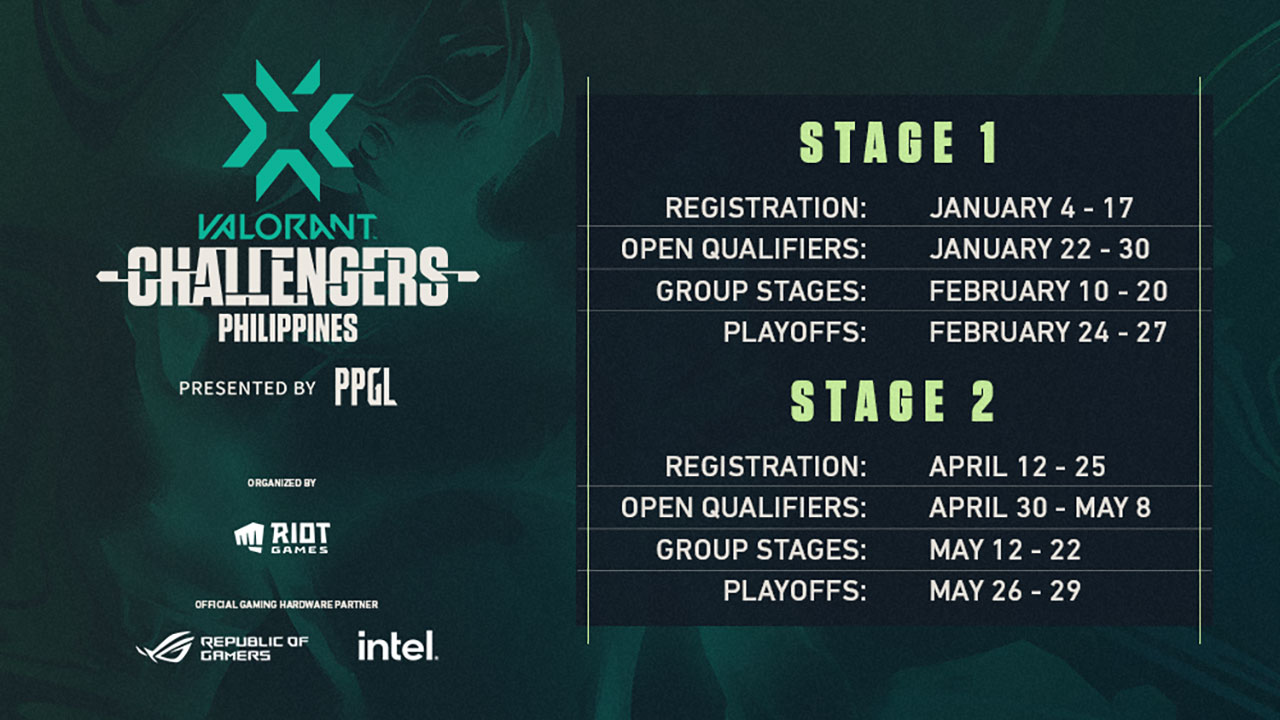 Both tournaments are supported and recognized by Riot Games and are the only official local qualifiers for Valorant and League of Legends: Wild Rift in the country. The VCT-PH will feature two (2) qualifying stages, with the first one running until February 27 while the second will be held from April 12 to May 29, 2022. Six (2) teams from the Open Qualifiers will advance to the Group Stage alongside two (2) seeded teams from last season. From there, six (6) teams will advance to the Playoffs and the top three (3) will be able to represent the Philippines in the upcoming regional tournament. The tournament will feature a total prize pool of USD 30,000 for each stage and is sponsored by ASUS Republic of Gamers. 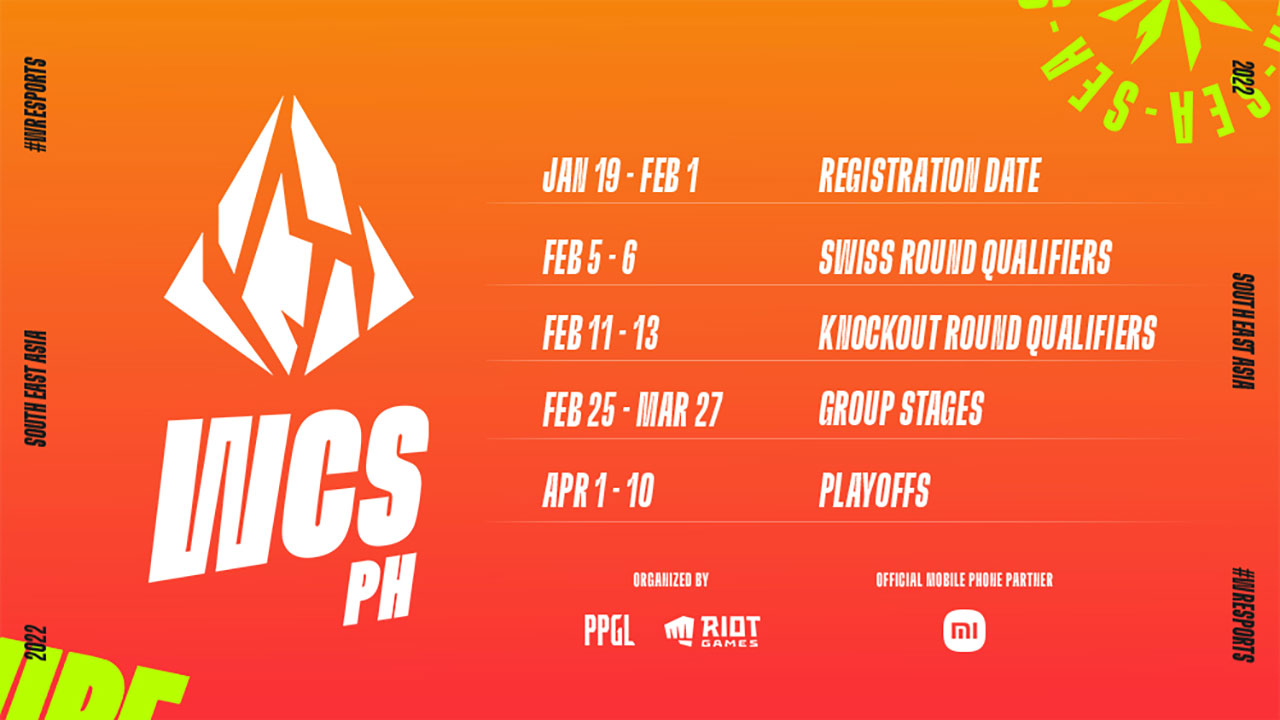 As for the WCS-PH, it will feature only one stage, with registrations open until February 1, 2022. A total of six (6) teams from the Swiss Round Qualifiers and Knockout Round Qualifiers alongside two (2) seeded teams from the previous year will advance to the Regular Season, which will be held from February 25 to March 27, 2022. The Playoffs will then be held from April 1 to 10, 2022, with the top two (2) teams getting the chance to represent the Philippines in the pan-regional stages of the competition. The tournament will have a prize pool of USD 160,000 and is sponsored by Xiaomi and its Redmi Note 11.

“We are excited to give Filipinos another year of unique esports opportunities together with our partners Riot Games. If 2021 was any indication, we have already proved that Philippine teams have what it takes to stand toe-to-toe against the best in the world. We hope to see more fresh faces and spectacular moments from our community this 2022 and we encourage everyone with a passion for gaming to express their talents in the PPGL,” said Mark Navarro, Country Manager, Mineski Philippines.

More information and the latest news and updates on both tournaments can be found on the official PPGL Facebook page.