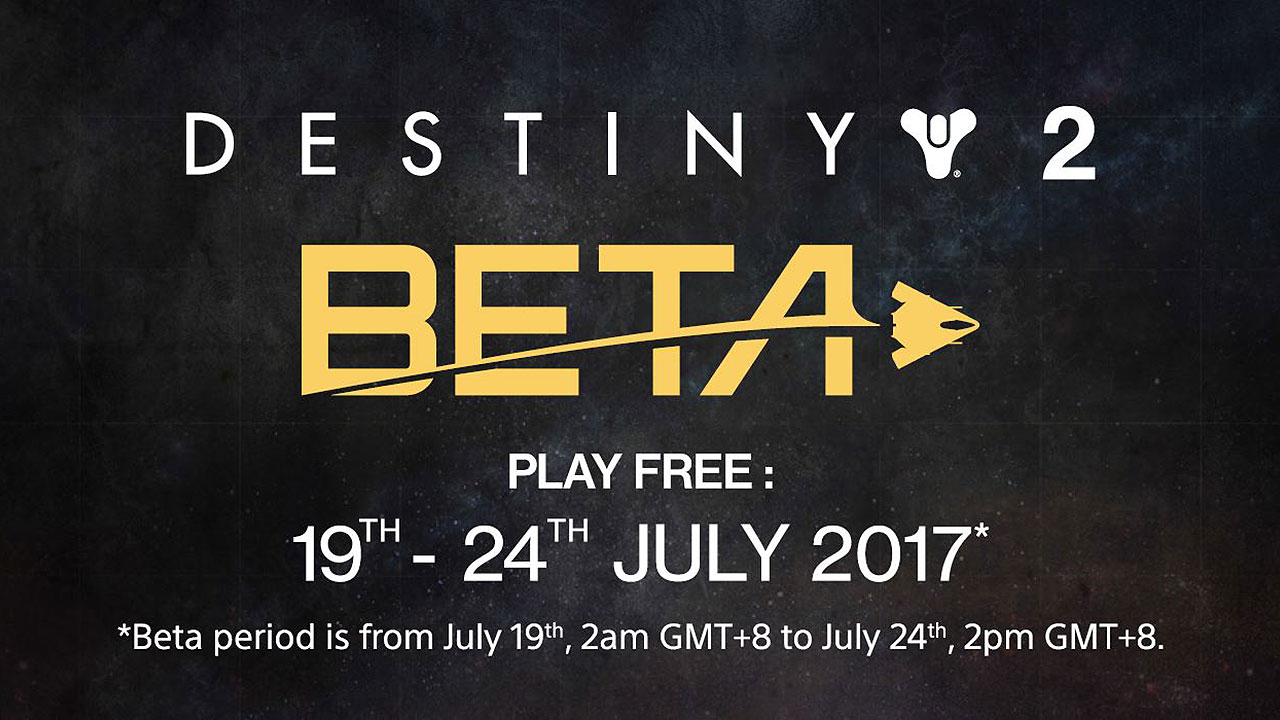 The Destiny 2 open beta officially begins tomorrow at 2:00AM PHT (Philippine Time) for PSN account holders in Asia and will run until July 24, 2017.

The open beta will allow players to access three portions of the game – the first campaign mission called “Homecoming,” one of the game’s Strikes called “The Inverted Spire,” and the Crucible, the PVP (player-versus-player) mode returning for the sequel.

Destiny 2 is set for full release on September 6, 2017, for the PlayStation 4 and Xbox One. A PC version of the game is set for release at a later date.