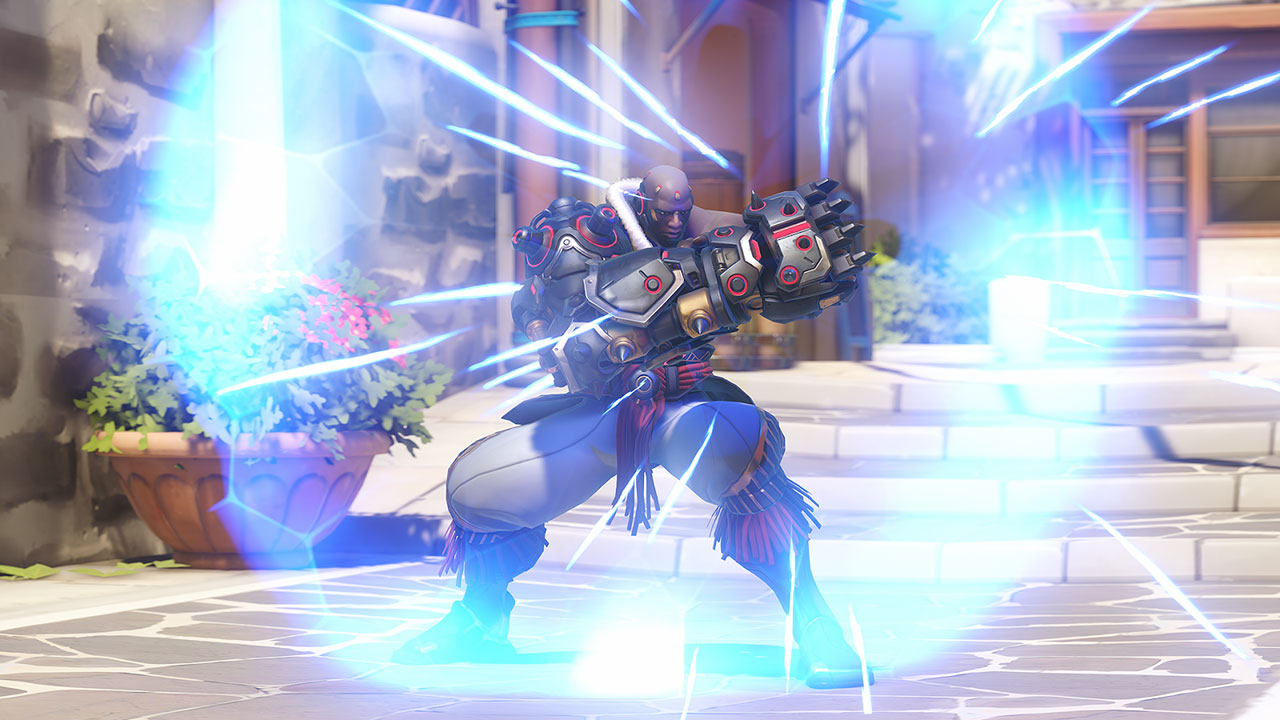 Overwatch 2’s Doomfist and Orisa Are Getting Tank Overhauls

Overwatch 2 developer Blizzard Entertainment has announced that its overhauling both Doomfist and Orisa into tank characters for the upcoming sequel. According to the studio, Overwatch 2 Lead Hero Designer Geoff Goodman took charge of Doomfist’s rework while Senior Hero Designer Brandon Brennan led Orisa’s. 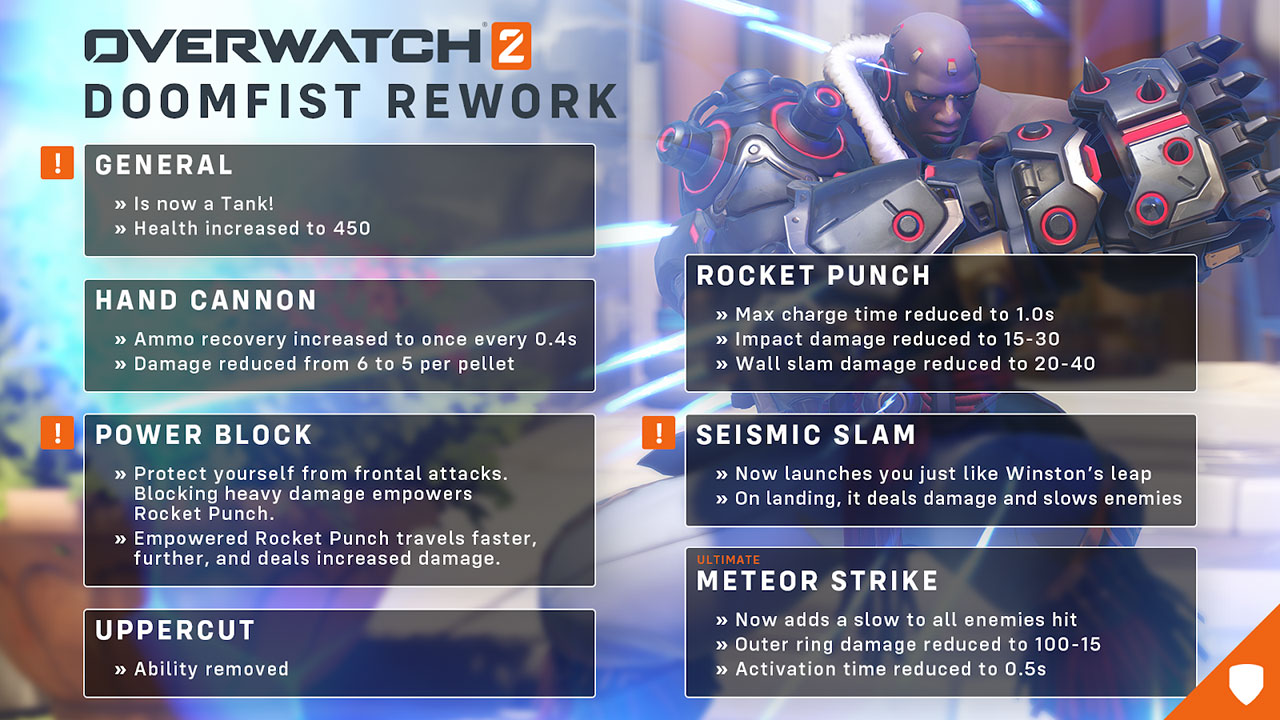 Doomfist’s transition from damage hero to tank starts off with increased health, from 250 to 450, then his Hand Cannon and Rocket Punch abilities have been adjusted to do less damage but will now either recharge or execute faster. The main changes to Doomfist’s kit are in his new Power Block and Seismic Slam abilities as well as Meteor Strike ultimate.

Power Block reduces all damage taken from the front by 90% and his gauntlet becomes charged after taking enough damage. His charged gauntlet will make his next Rocket Punch have increased damage, knockback radius, travel speed, and distance. His targets will also be stunned if he knocks them against a wall.

Doomfists’s new Seismic Slam now acts more like Winston’s leap but landing creates a shockwave that slows and damages enemies caught in its impact radius. Lastly, his Meteor Strike ultimate will now initiate faster but has reduced damage. The knockback of Meteor Strike has also been removed in favor of a slow. 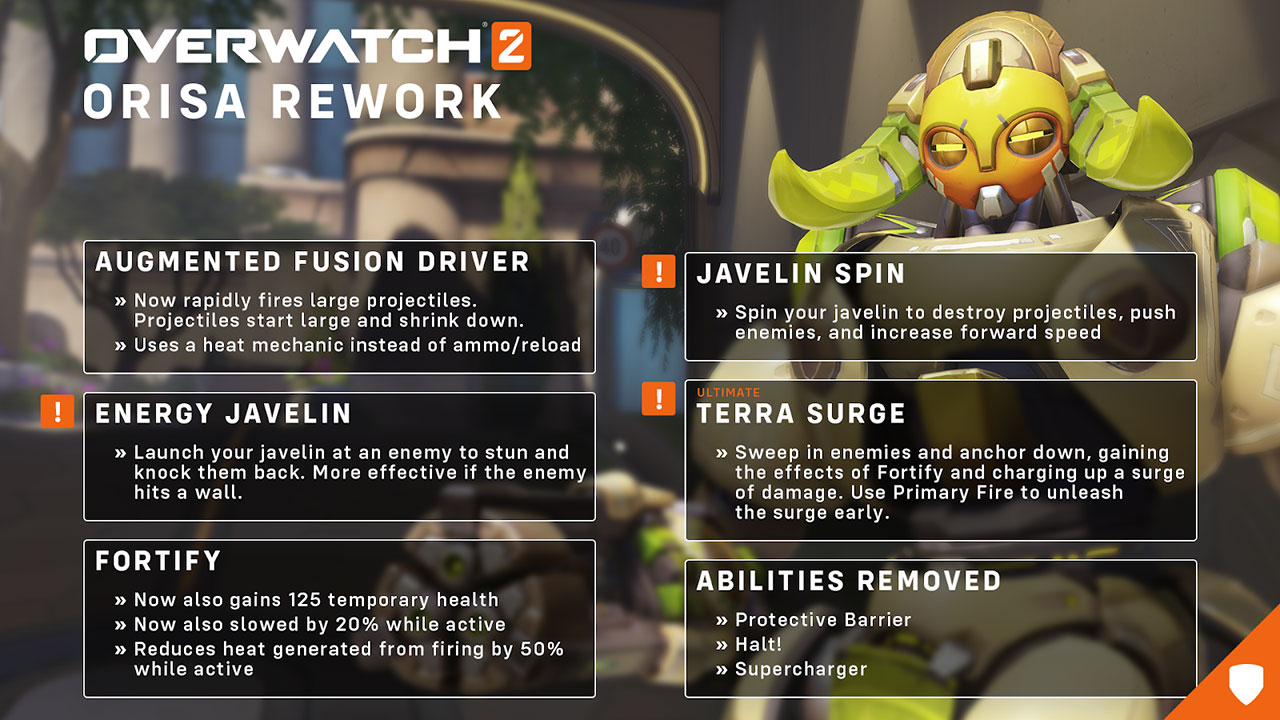 As for Orisa, both her health and armor have been buffed and her primary fire has been changed to a larger projectile that does more damage the closer she is to enemies. Her primary fire also doesn’t use ammo but instead builds up heat that only goes down when she’s not firing. Overheating her weapon will cause it to not function for three seconds. Her secondary fire is now a skill shot javelin projectile that micro-stuns enemies when hit and does more damage when a wall is behind the target.

Another of Orisa’s new abilities is Javelin Spin that destroys incoming projectiles, increases forward movement speed, and damages enemies while pushing them back. Fortify has also been adjusted to help Orisa generate less heat and provide an additional 125 health, allowing Orisa to stay in the fight longer. Lastly, Orisa’s new Terra Surge ultimate not only fortifies Orisa but also pulls in nearby enemies while it charges an AoE attack.

Blizzard has revealed that all the changes that have been announced for Overwatch 2, Doomfist, and Orisa are still subject to change. Overwatch 2 is set to begin its PvP beta period soon.