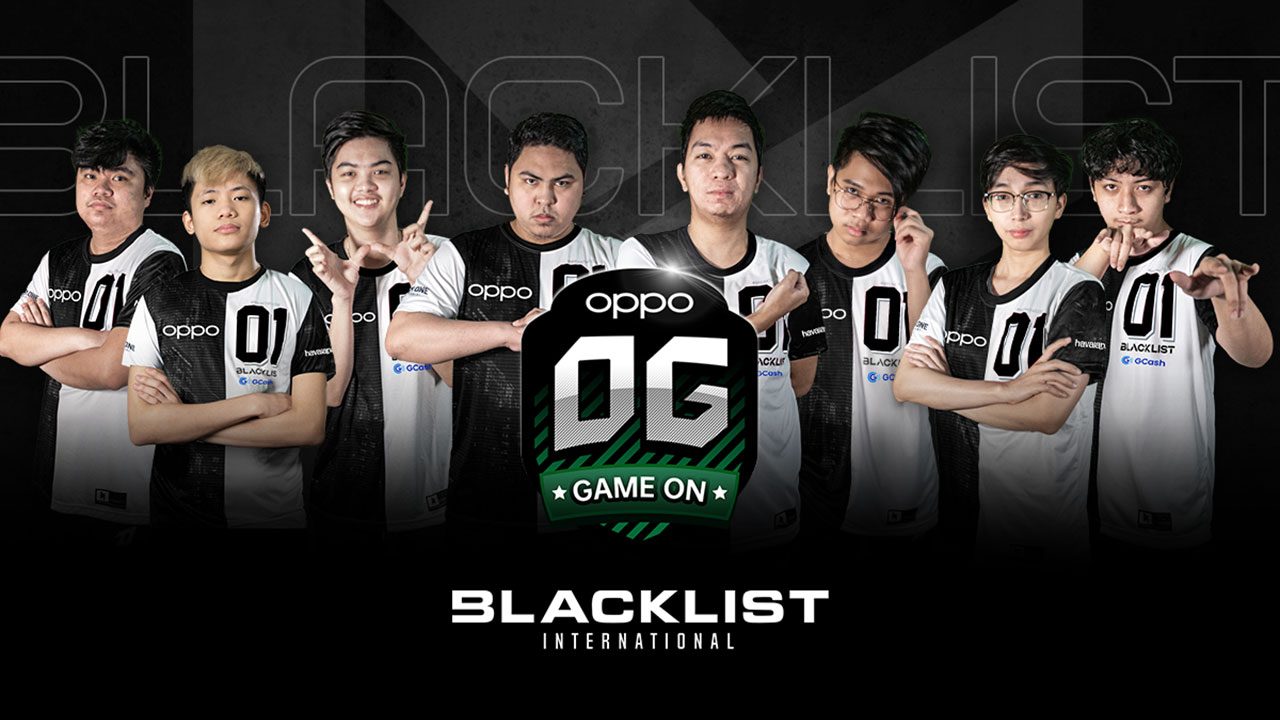 OPPO has continued its support for gaming and esports in the Philippines and Blacklist International, one of the organizations the company sponsors, is set to represent the country in the upcoming Mobile Legends World Championships (M3 World Championship) this December 2021.

“Blacklist International has always aimed at taking Philippine esports to unimaginable heights on a global scale. We extend our utmost gratitude to everyone who has shown their support, especially OPPO, who have seen the great potential of the BLI members to continue the battle. OPPO’s entry into the esports league has greatly helped professional players like us dream bigger and fight harder,” said Bon Chan, Coach of Blacklist International

Blacklist International (BLI) is the defending back-to-back champion of the Mobile Legends: Bang Bang Professional League (MPL) in the Philippines, securing both the Season 7 and Season 8 titles in 2021. The team also placed second at the MPL Invitational, which saw 20 of the top teams in Southeast Asia compete for a USD 100,000 prize pool.

“OPPO is here to support young Filipino talents in esports and help them achieve their fullest potential. Our partnership with Blacklist International is just a portion of what the Company is doing to cultivate the skills of Filipino gamers to be world-class esports talents. With OPPO’s smartphone technology, nothing is impossible for these dreamers,” said Ele Yu, OPPO Philippines Marketing Director.

OPPO also sponsored MPL Philippines and the Wild Rift SEA Icon series, which was made possible with the company’s ongoing partnership with local esports organization Mineski, which hosts both events in the country.

“Mineski Philippines congratulates Blacklist International as they have already made tons of Filipinos proud by representing the country in a global gaming community. Their appearance alone is a resounding testament to the Philippines’ position as a serious esports contender. We are humbled and proud to be working with brands like OPPO who have been investing in esports and enhancing the mobile gaming experience of users,” said Mark Navarro, Country Manager of Mineski Philippines.

The M3 World Championship is scheduled to be held in Singapore starting from December 6 to 19, 2021. Sixteen teams from around the world will be competing for the USD 800,000 prize pool, which is three times larger than previous world championships. Blacklist International will be attempting to keep the crown in the Philippines after fellow Philippine team Bren Esports took it during the M2 World Championship. More information on the M3 World Championship can be found on the tournament’s official website.