OlliOlli World developer Roll7 and publisher Private Division have announced that the upcoming skateboarding action-platformer will be released digitally on February 8, 2022, for the PlayStation 5, PlayStation 4, Xbox Series X/S, Xbox One, Nintendo Switch, and PC via Steam. Those who preorder the game will receive bonus digital cosmetic items, including a Bunnylord Head, Hero T-Shirt, Hero Skate Deck, Hero Tattoos, and Hero Arm Cast.

“In OlliOlli World, you should expect loads of seriously wacky locations to explore and rad new characters to meet. OlliOlli World is a love letter to the bizarre and magnificent aspects of skateboarding culture. It embraces the weird and wonderful aspects of this street phenomenon and encourages you to express yourself freely,” said John Ribbins, Creative Director of Roll7. 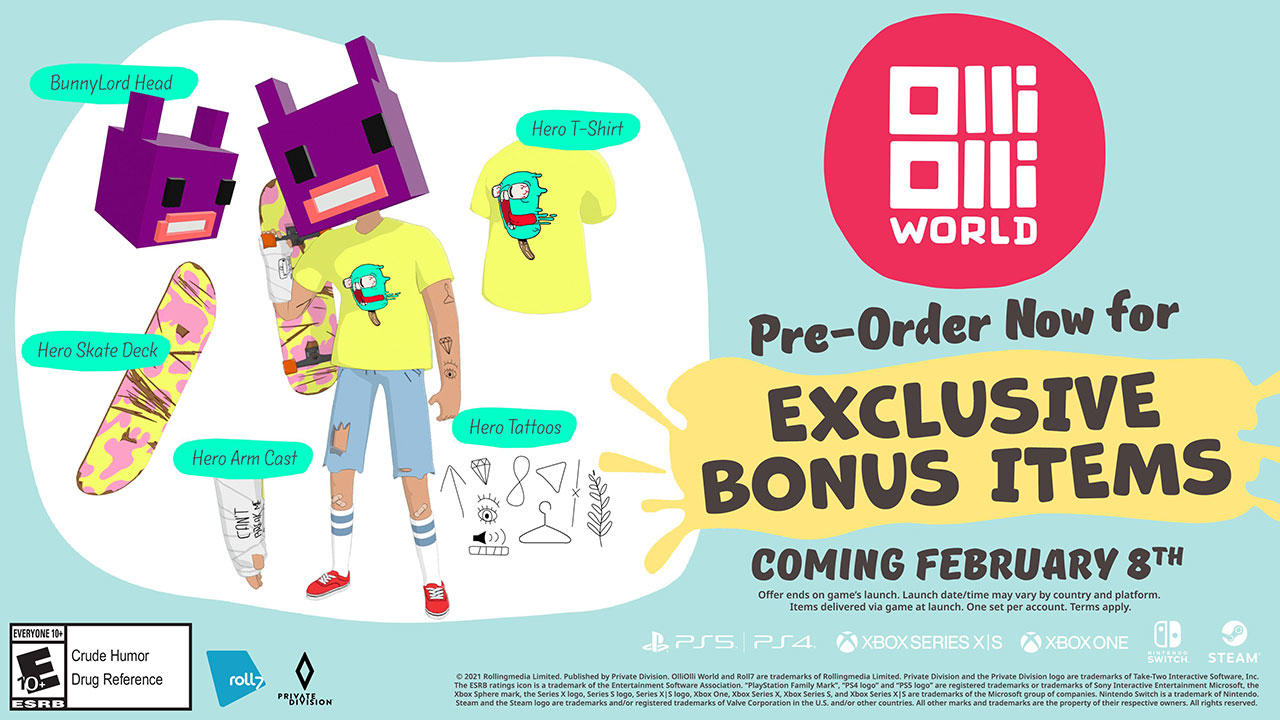 OlliOlli World will also be getting two expansions after its release. The first, Void riders, will be available sometime in the summer of 2022 and will introduce a new biome, levels, characters, gameplay, and customization items. As for the second expansion, it will release sometime in the fall of 2022 with more details coming out in the future. 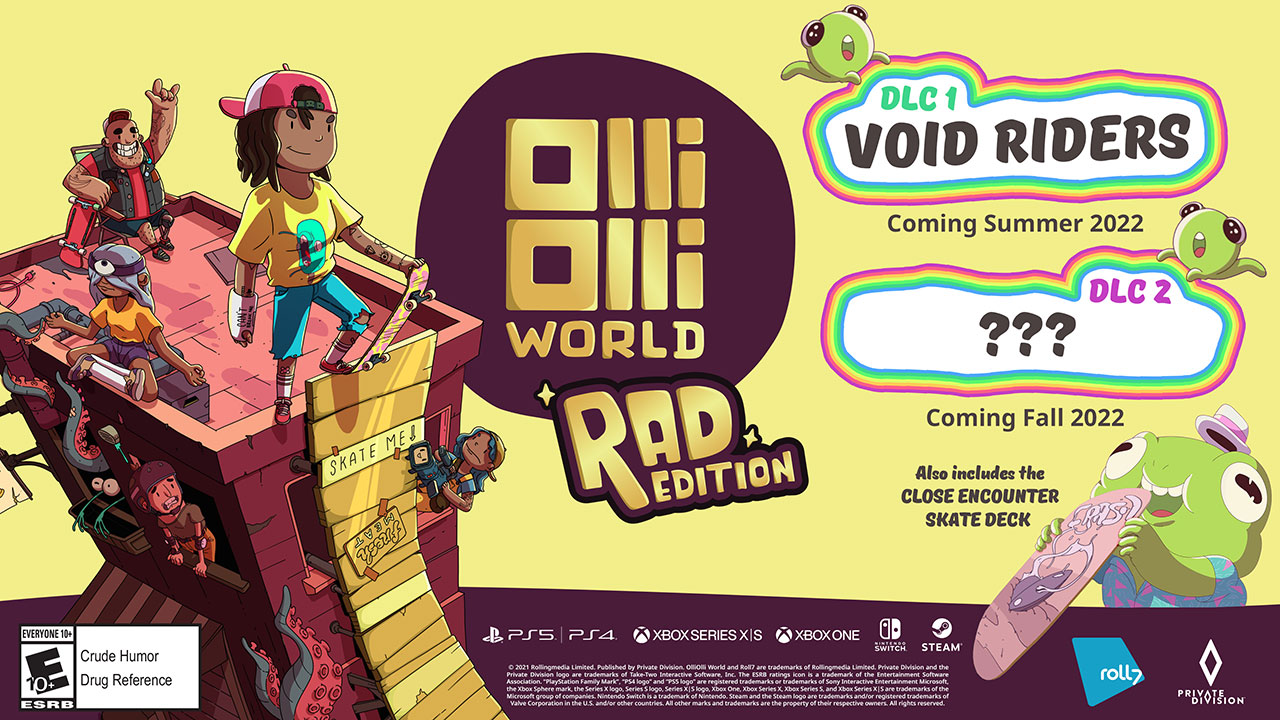 OlliOlli World Rad Edition, the deluxe version of the game, has also been announced. It will include the base game, both upcoming expansions, and the “Close Encounter Skate Deck” digital cosmetic item.