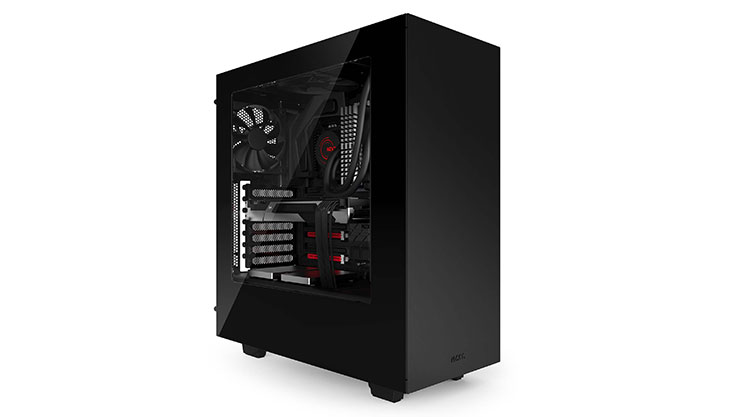 NZXT has announced a new addition to the company’s range of beautifully designed PC cases — the S340 mid-tower chassis.

The S340, as previously mentioned, is a mid-tower case with a clean and minimalist design. NZXT has completely gone away with optical drive bays and have left the front panel of the S340 flat and clean except for the NZXT logo near the bottom of the case. The new case is composed of 90% cold-rolled steel with only minimal plastic pieces and measures only 445m high, 432mm long, and 200m high making it not only an incredibly durable case but also much more compact than its competitors.

The interior of the S340 is also as clean and minimalist as its exterior with an included PSU shroud as well as a grommet-less steel cable management bar to make for a nice clean build. The interior also features over 20 zip-tie locations and, according to NZXT, plenty of clearance behind the motherboard tray for cable management. 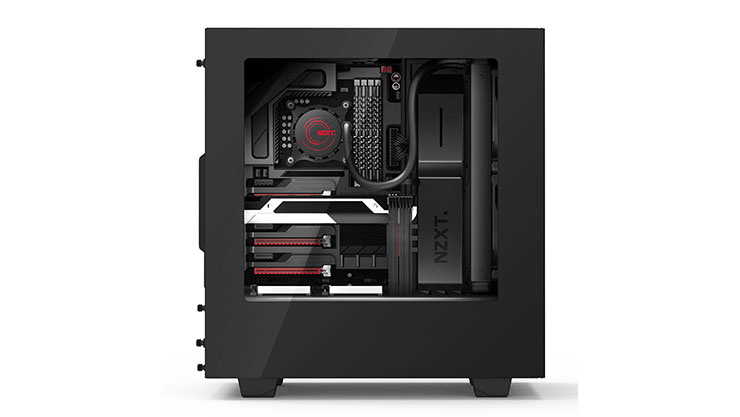 The S340 supports a number of cooling solutions including built-in compatibility with NZXT’s Kraken X61 and X31 all-in-one liquid cooling solutions as well as up to three 140mm or four 120mm cooling fans. The new case also supports third-party CPU coolers up to 161mm in height, GPU cards up to 364mm long (334mm when a radiator is installed), and a number of 3.5-inch and 2.5-inch drives.

The NZXT S340 is now available for pre-order at the NZXT Armory Store in either White or Black at a suggested retail price of $69.99. No word yet if NZXT plans to officially launch or bring the S340 to the Philippines.