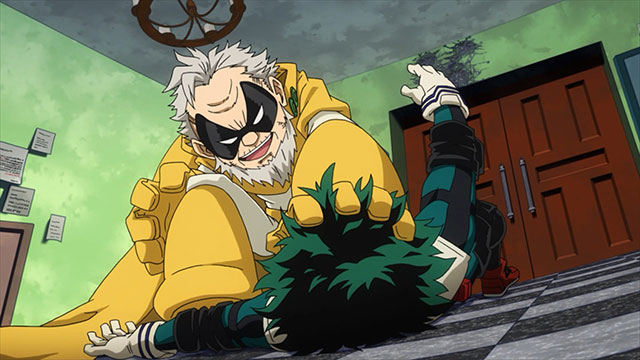 My Hero One’s Justice is set for release on the PlayStation 4, Xbox One, Nintendo Switch, and PC in west sometime in October. And in the latest issue of Weekly Jump, it’s been confirmed that Gran Torino and Muscular will joining the game’s roster. The flyer was shared in a Tweet by Yonkou Productions, which shows how both characters will look in the game.

Gran Torino, who is voiced by Kenichi Ogata in both the anime and game, is one of the series’ protagonists who trains both All Might and Izuku Midoriya. His Quirk enables him to shoot air through vents in the bottom of his feet that allow him to fly around quickly and perform high-speed attacks.

Given that the game’s story mode has been previously revealed to begin when Izuku meets Gran Torino, it was pretty much expected that the latter would be part of the game’s roster. 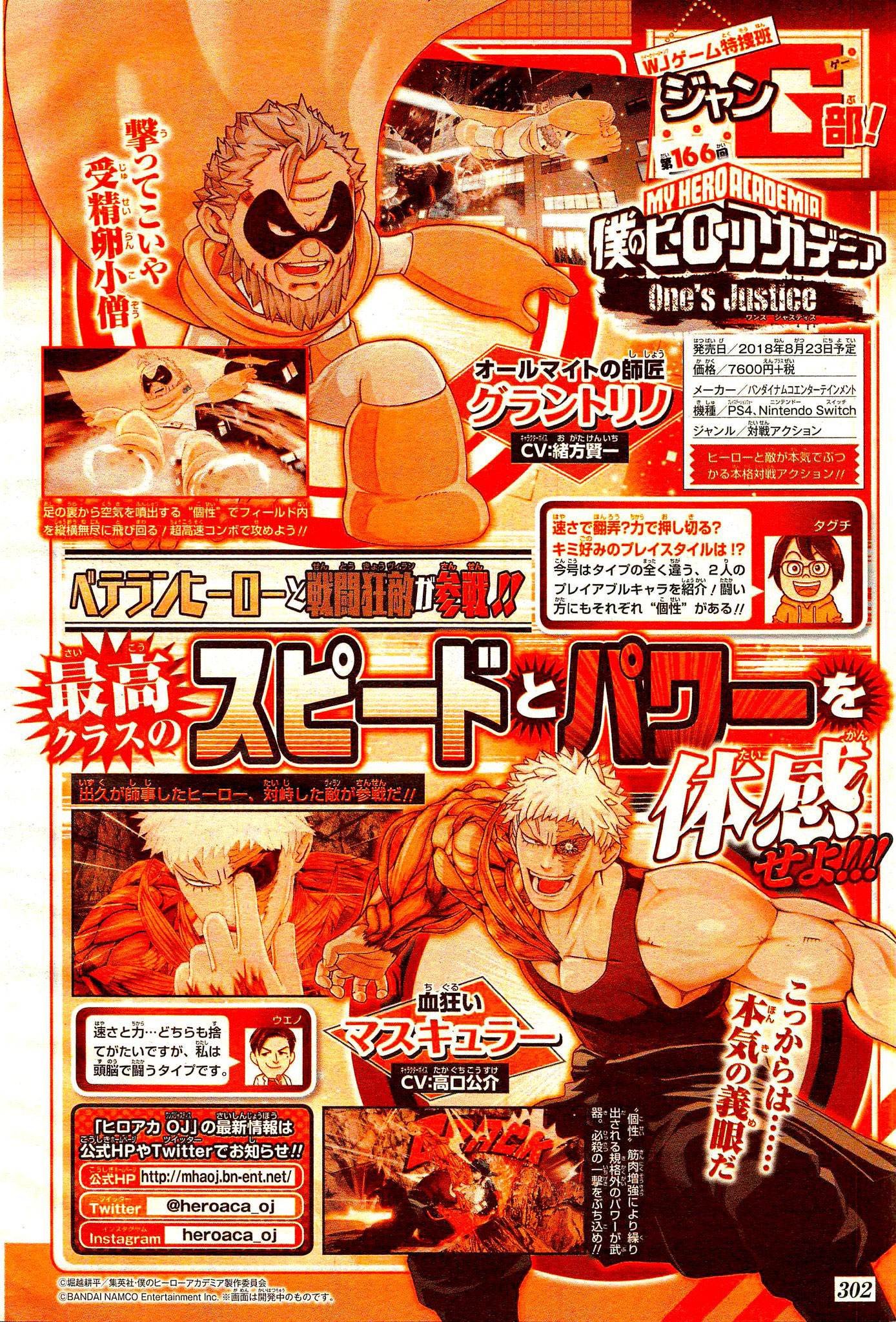 Muscular, voiced by Kousuke Takaguchi, is one of the anime’s recently revealed antagonists who does battle with Izuku in the series. His Quirk amplifies his muscles and gives him superhuman strength. His Quirk empowers him to the point that his muscle fibers grow out of his skin to form an armor that he’s able to somewhat manipulate.

My Hero One’s Justice is scheduled for release in the west sometime in October for the PS4, Xbox One, Switch, and PC. It is set for release in Japan for the same platforms on August 23, 2018.