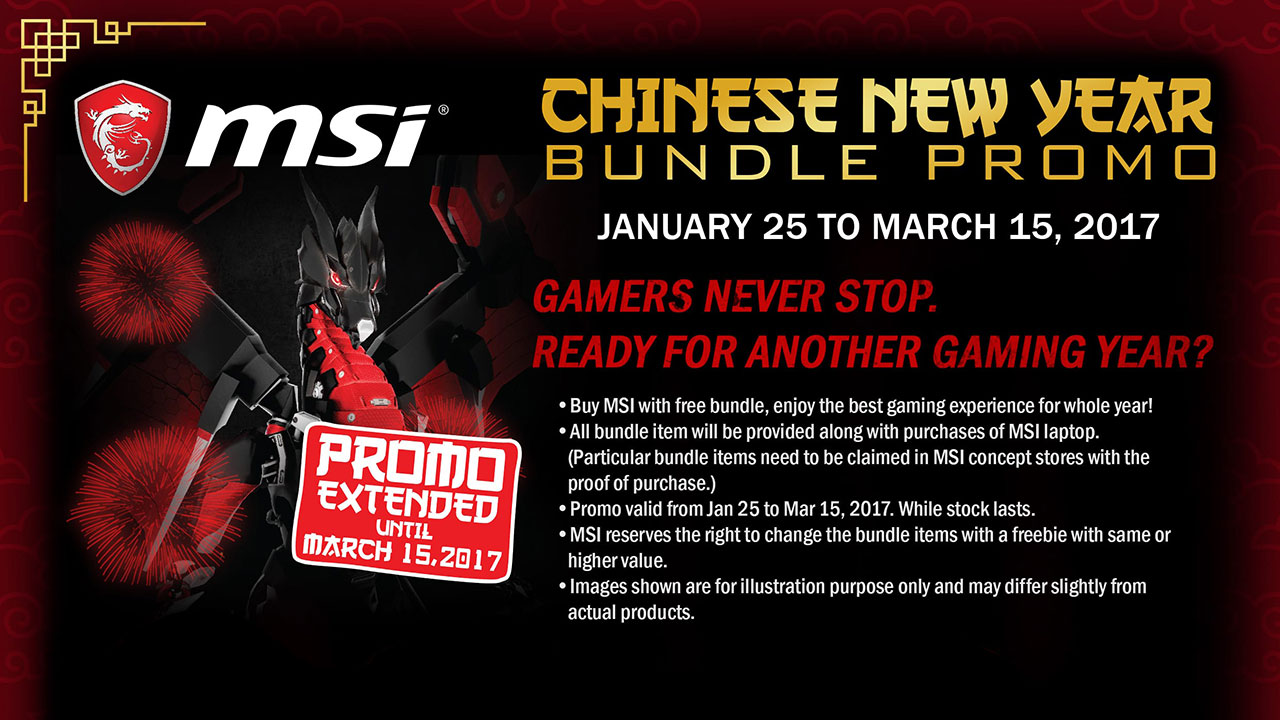 MSI Philippines is giving gamers more time to get freebies with their MSI laptop purchase as the company has extended the duration of their Chinese New Year Promotion. Gamers will now have until March 15, 2017, to go to participating retailers and get their hands on any of the participating MSI laptop models to get a bundle of freebies which could include a SteelSeries headset, an MSI or SteelSeries gaming mouse, a SteelSeries mouse pad, an MSI laptop bag or backpack, and more.

While most of the freebies can be claimed at the participating retail where the MSI gaming laptop is purchased, some may need to be claimed at one of MSI’s concept stores with the proof of purchase. 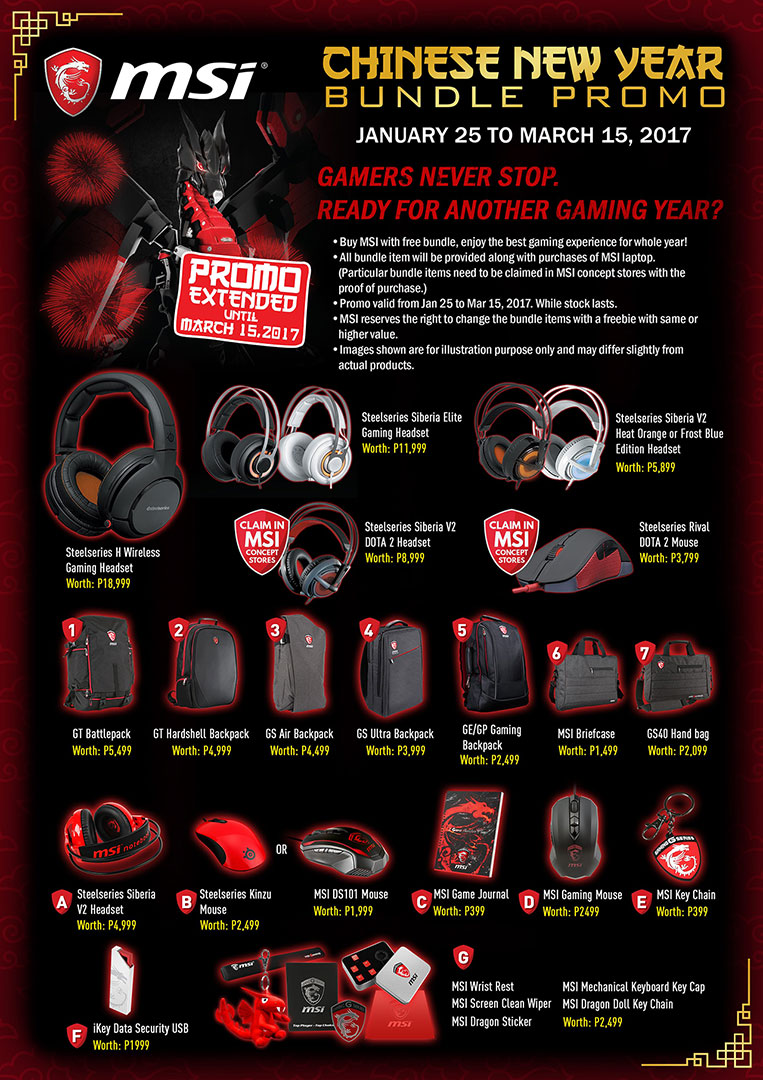 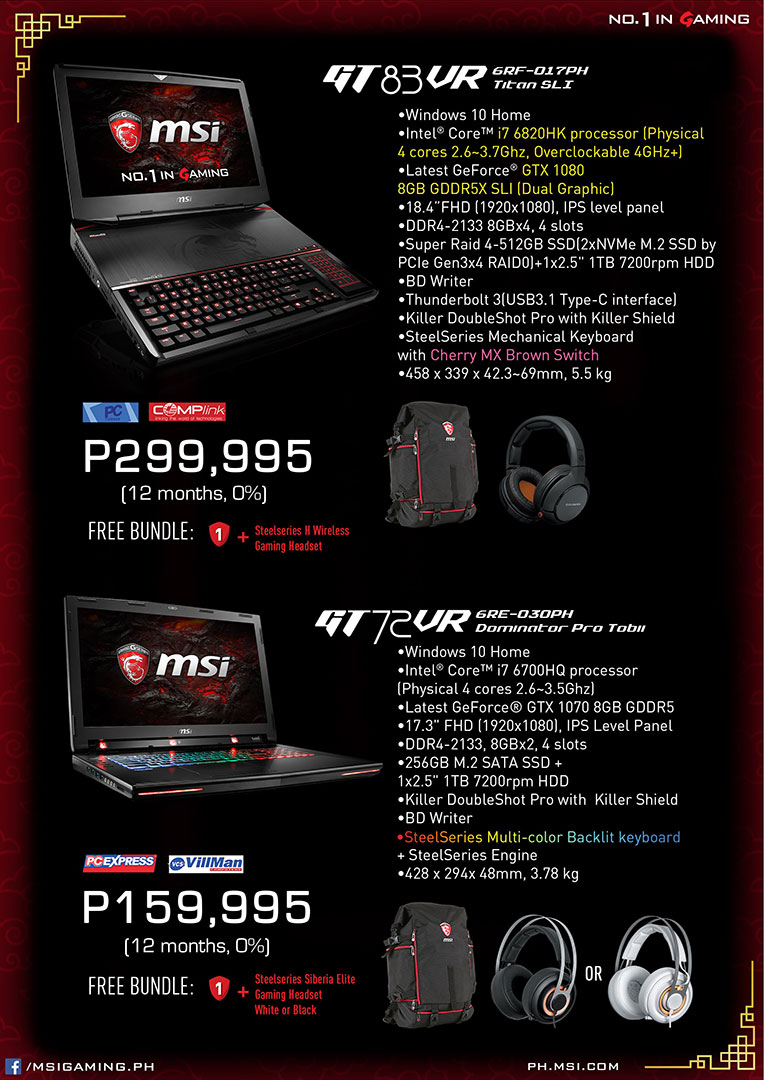 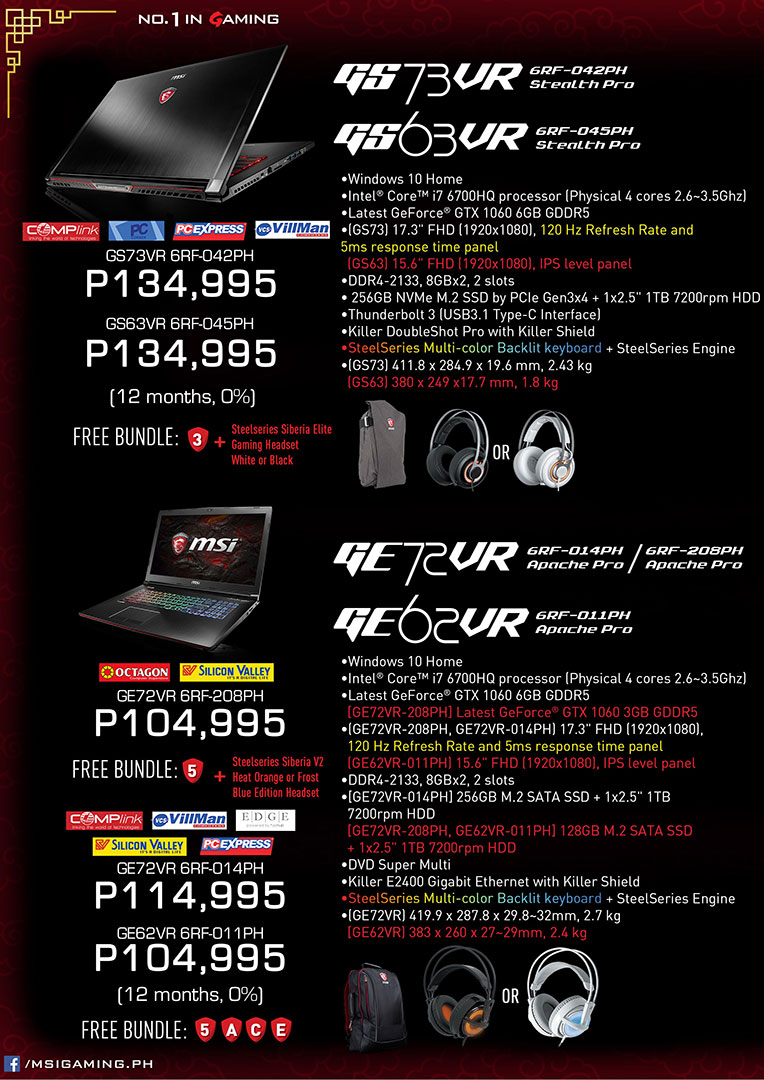 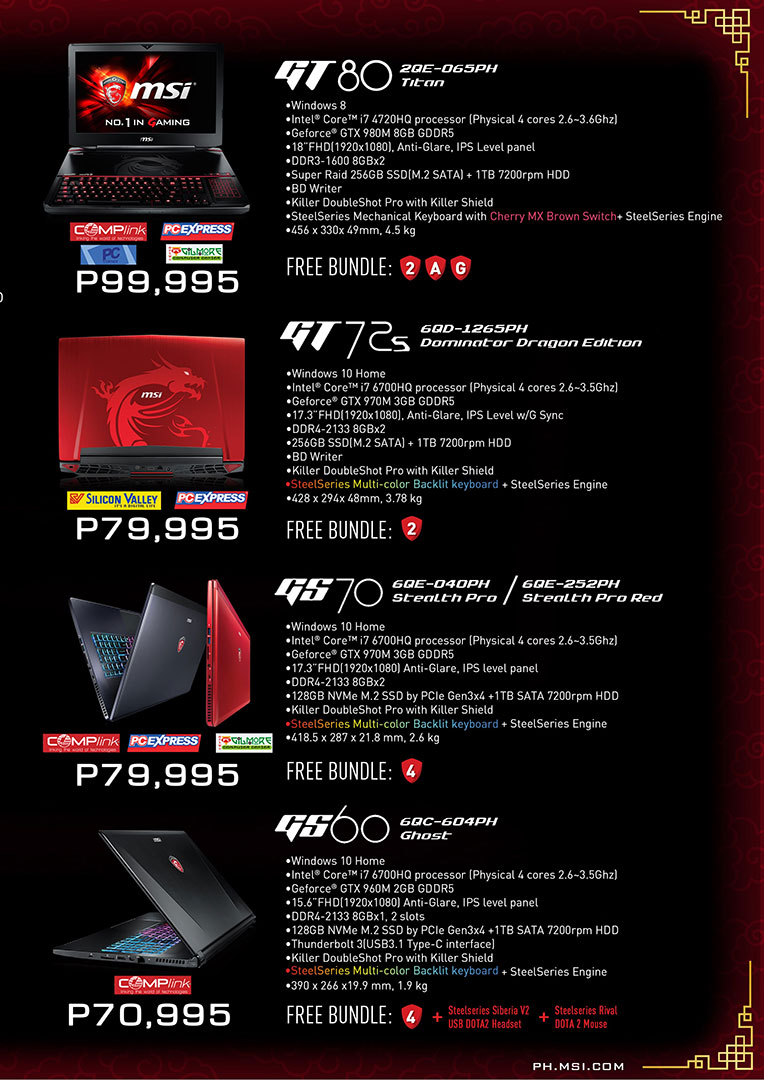 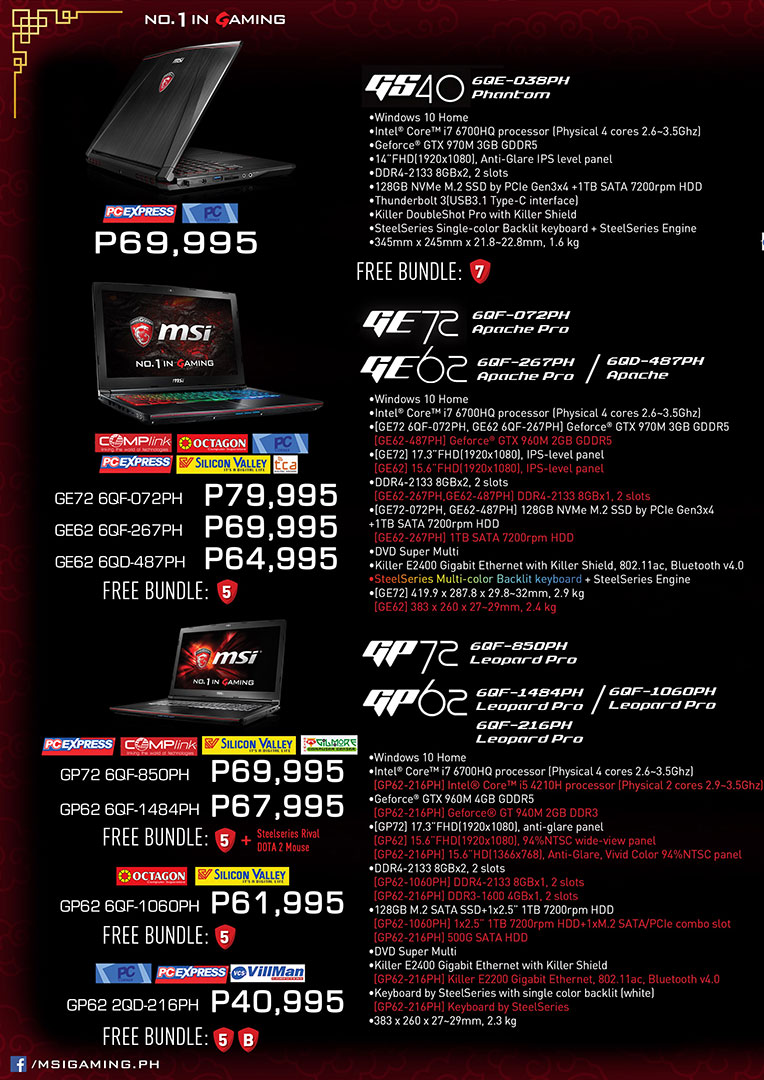 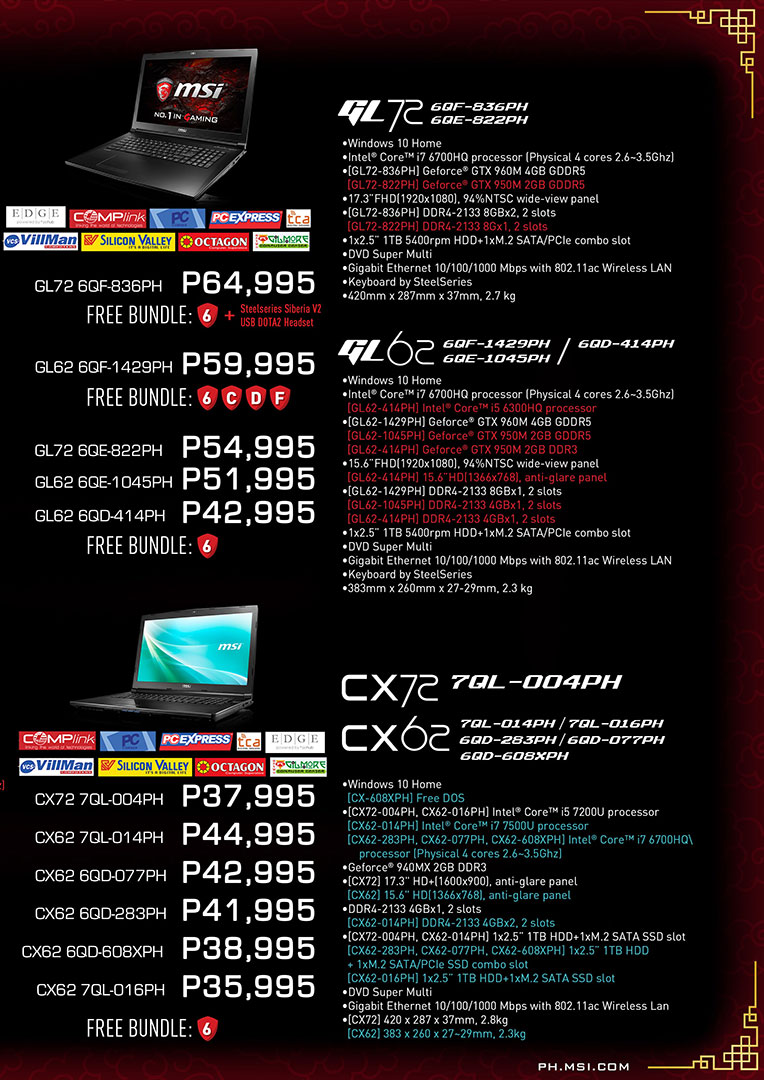 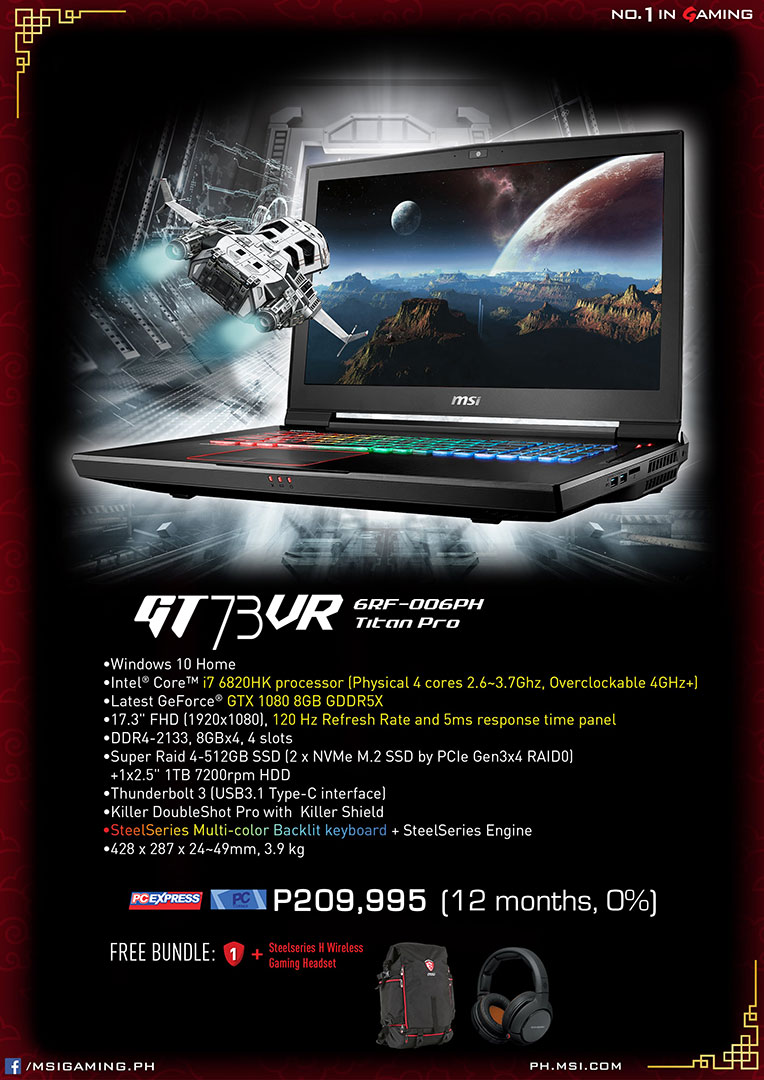