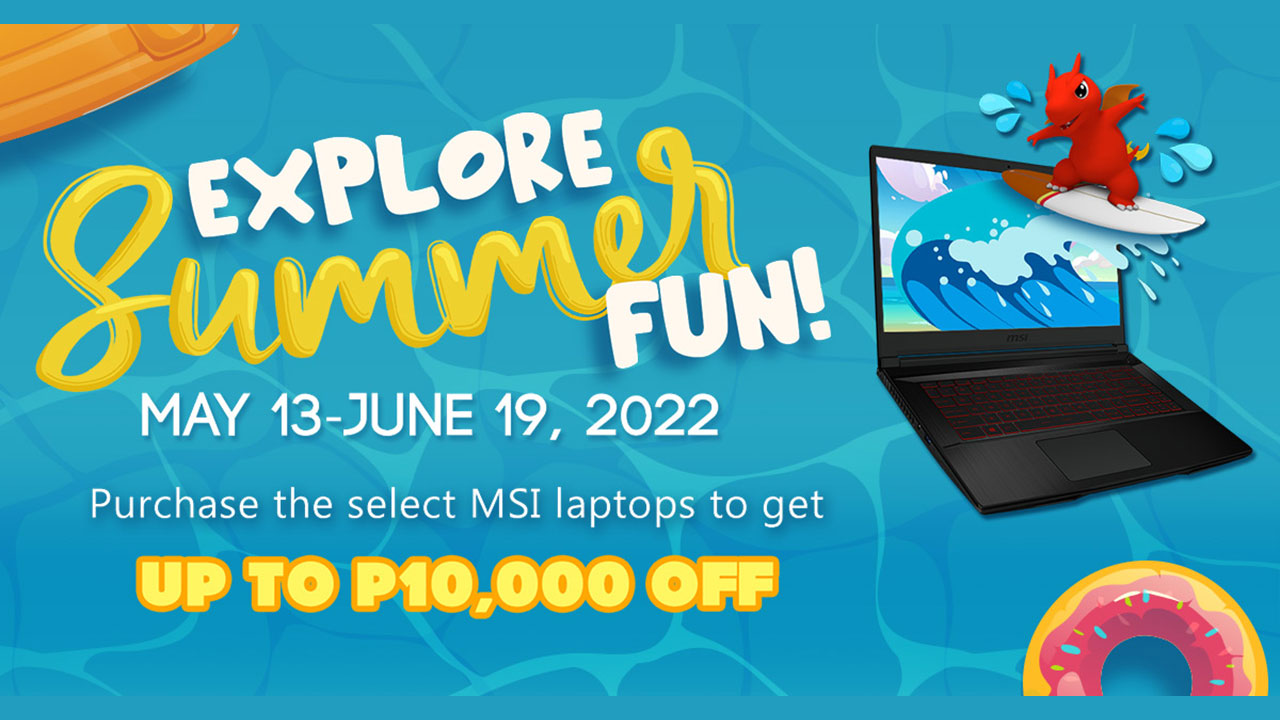 MSI Launches Summer Promotion, Up to PHP 10,000 Off

MSI has launched its latest summer promotion, which will run from May 13 to June 19, 2022. During the promotion, select MSI laptops will be on sale for up to PHP 10,000 off on its cash SRP.

Some of the discounted models include the MSI Alpha 15, Katana GF66, GF63 Thin, Modern 14, and Modern 15, among others. Customers can avail of the promotion through MSI’s official e-commerce stores on Shopee and Lazada, MSI concepts stores, and partner retailers such as Complink and Datablitz.

Here’s a full list of MSI laptops that have been included in the promotion:

More information on the MSI Summer Promo can be found of the official promotion website.