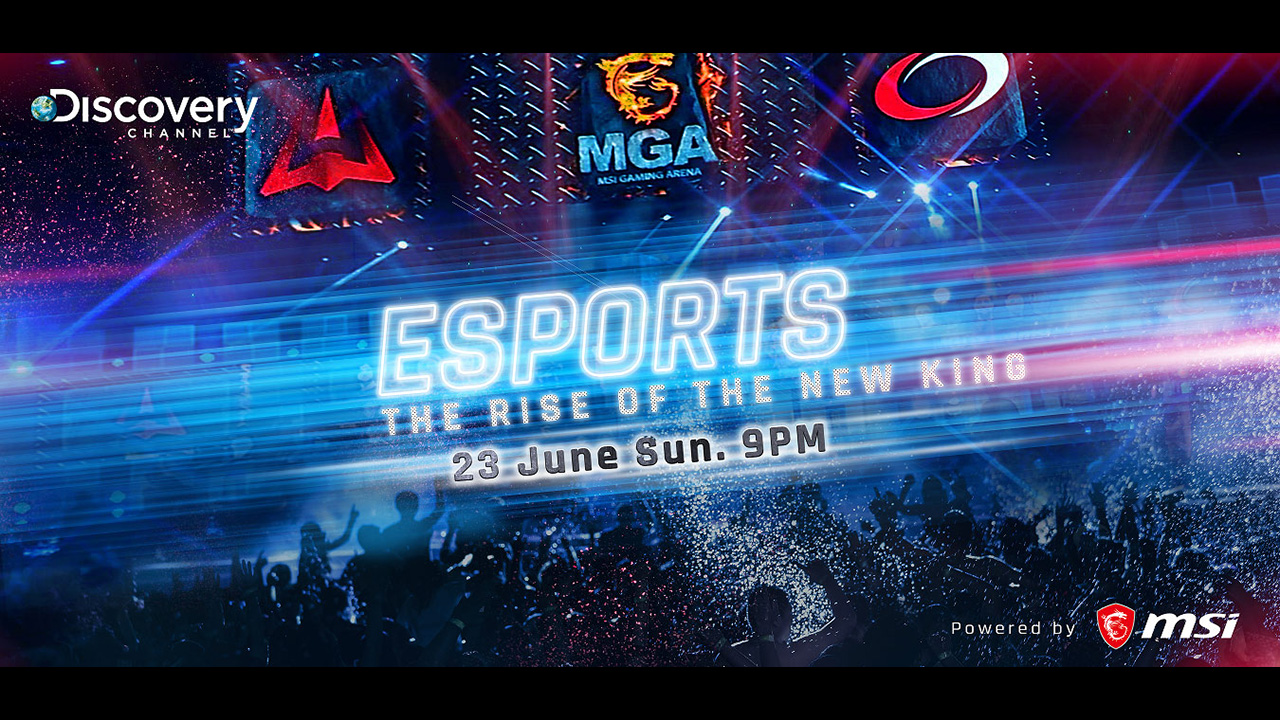 MSI and Discovery Channel have officially launched their new esports documentary in the Philippines. The special program, entitled “Esports: Rise of the New King,” covers the rise of esports and the different aspects of its growing ecosystem, which include international esports organizations, esports teams, players, game publishers, fans, and the hardware manufacturers that support the thriving industry.

The 1-hour-long program, created in partnership between MSI and Discovery, initially aired on the Discovery Channel back in June but a replay is scheduled to air next month on August 3, 2019, at 9:50 PM.

Discovery’s VP and GM for Greater China and Korea Tony Qiu said in a statement to the press:

“Discovery is more than a channel. We are the world’s #1 IP content provider who has delved deep into vertical content in hopes of engaging the audience and powering their passions. With eSports surging in popularity, we have seen its potential and launched Discovery Games Studios to create games inspired by various TV shows from Discovery’s properties. We also recognized MSI’s vast potential in the meanwhile. With MSI gaming laptops’ high prevalence worldwide, there is no doubt MSI is one of the major forces behind the success of eSports.”

“MSI’s unsparing devotion to eSports not merely captures worldwide attention, but also attracts world-renowned media Discovery to run this program. Through this detailed video, all audience will get in-depth understanding of the eSports ecosystem while realize MSI’s role as a mover and shaker who spares no effort to promote eSports through MSI’s highly acclaimed gaming hardware & software, stunning game immersion jointly designed by game developers, and global eSports sponsorships of teams and tournaments”

MSI has long supported the growing esports industry since it released its first gaming laptop, the GX700, in 2007. Since then the company has participated in over 130 esports events across 50 countries around the world. The company recently showcased its latest line of X570 motherboards for the new Ryzen 3000 series CPUs as well as their new Radeon RX 5700 and RX 5700 XT graphics cards.

The re-run of the MSI and Discovery documentary “Esports: Rise of the New King” is scheduled for August 3, 2019, at 9:50 PM on the Discovery Channel. You can check out the sneak peek of the special program below: