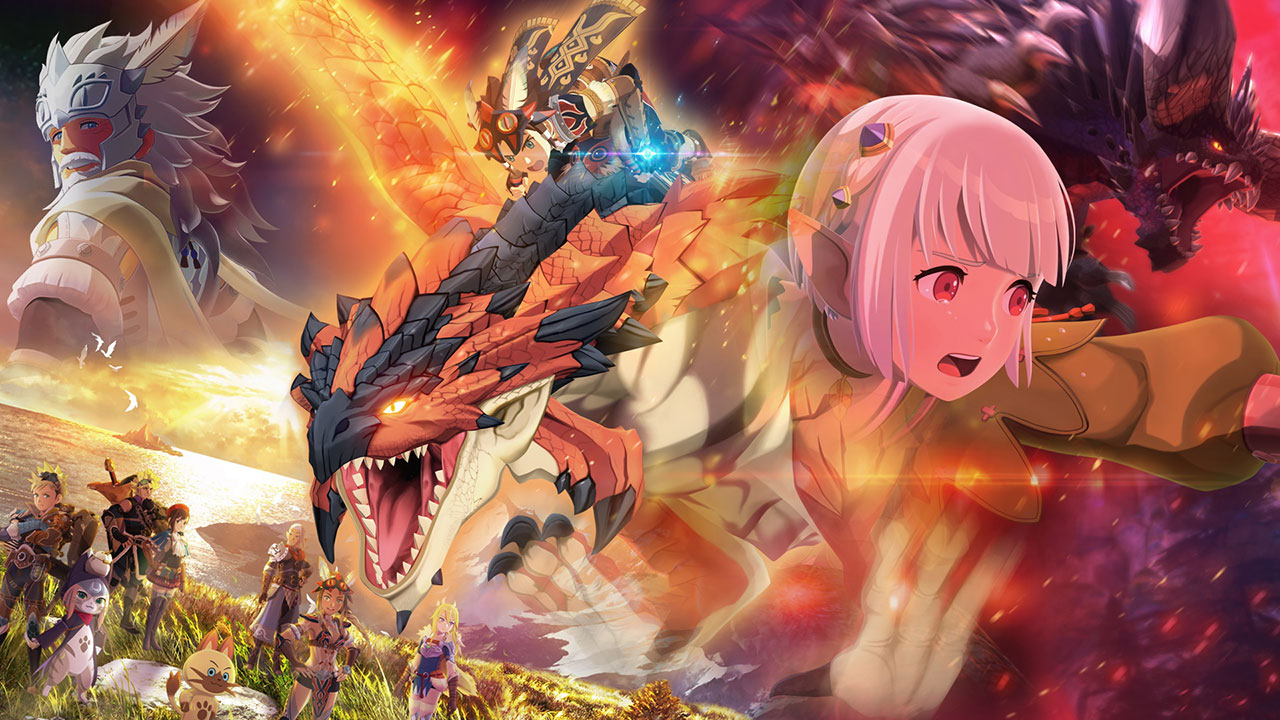 According to the announcement, players who reach the end of Monster Hunter Stories 2: Wings of Ruin will be able to explore the Elder’s Lair, a large zone where players can encounter high rank monsters and quests. Some of the beasts that could be roaming the Elder’s Lair include Deviant Monsters such as Dreadqueen Rathian and Thunderlord Zinogre as well as Elder Dragons such as Toestra and Nergigante.

Some of the other monsters that players will be able to encounter and potentially ride include Silverwind Nargacuga, Bloodbath Diablos, Grimclaw Tigrex, Kirin, Rajang, Velkhana, and more.

As for the game’s post-launch DLC, players can expect the first of five free title updates on July 15, which will introduce both the Palamute Monstie and Co-op Quests. As for the rest of the free DLC, they will be released periodically August to October. 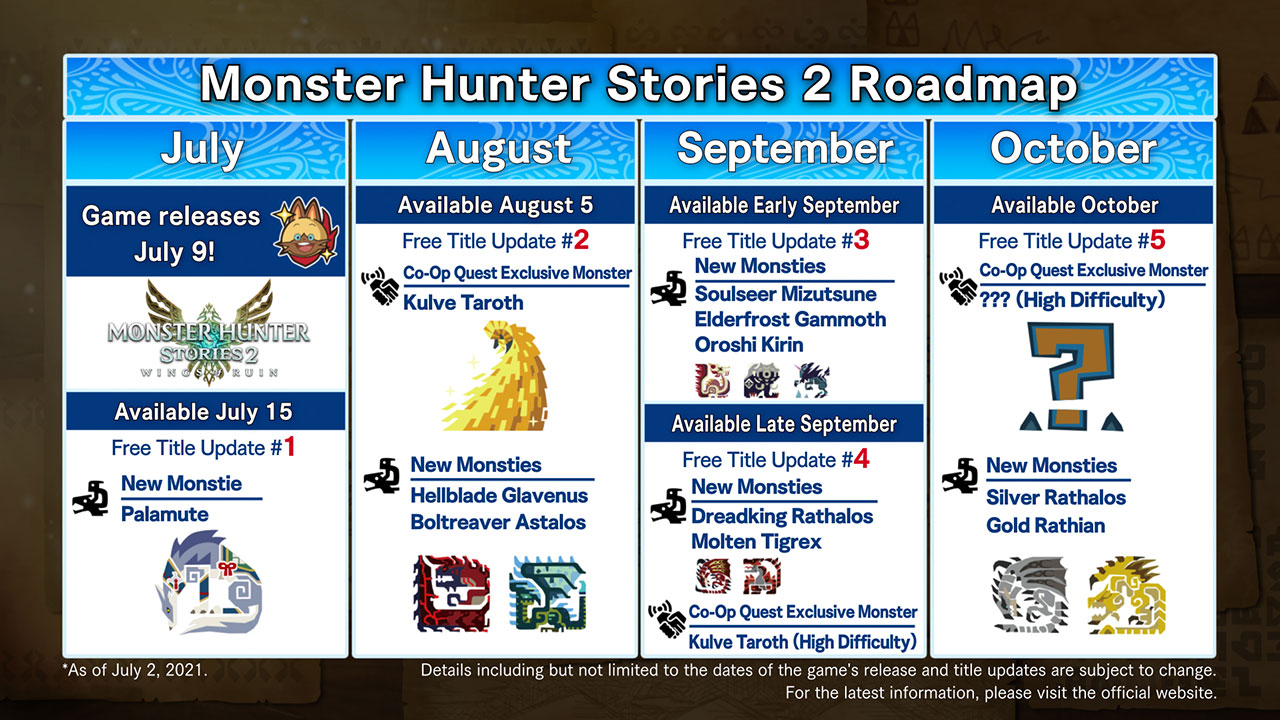 Monster Hunter Stories 2: Wings of Ruin is scheduled for release on July 9, 2021, for the Nintendo Switch and PC via Steam.