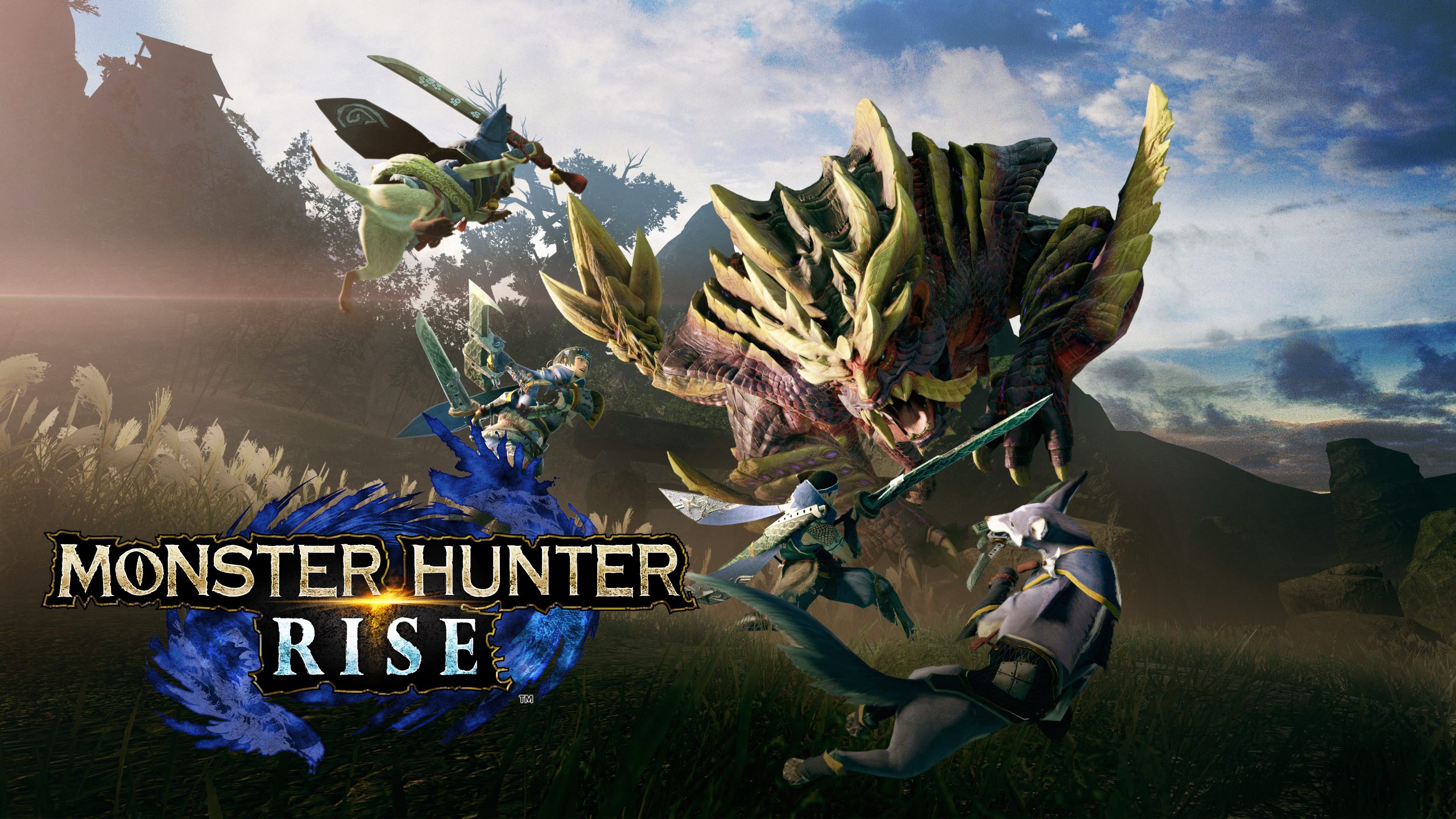 The first of the two new titles, Monster Hunter Rise, will be the first title in the franchise to be developed and released primarily on the Switch. Monster Hunter Rise will introduce several new features to the series, including the ability to climb up walls and cliffs as well as a new tool called the Wirebug that acts similarly to the Clutch Claw in Monster Hunter World: Iceborne but can also be used on terrain to help players maneuver the map.

The new game is also introducing a new canine companion called the Palamute that assists players in combat and can also be ridden as a mount. Players will be able to bring any combination of companions, whether it be two Palicoes, two Palamutes, or one of each, during solo hunts while they’ll be able to bring only one during co-op.

Monster Hunter Rise is mainly set in Kamura Village and its surrounding areas, such as the Shrine Ruins, where players will have to help the villagers defend against the Rampage, a calamity that previously destroyed the village 50 years prior. Players will need to face off against some of the new monsters that will be appearing in the new game, including the Magnamalo, Aknosom, Great Izuchu, Tetranadon, and more.

Capcom also announced Monster Hunter Stories 2: Wings of Ruin, a sequel to the turn-based RPG spin-off released in 2016 on the Nintendo 3DS. According to the announcement, the sequel features a new story set in a world where Rathalos have disappeared completely. Players will play a descendant of a legendary Rider named “Red” and meet a Wyverian girl who is in possession of what is said to be a Rathalos egg. Just like the first Monster Hunter Stories, players will be able to team up with some of the franchise’s monsters and either ride them or have them join battles.

Monster Hunter Rise is scheduled for release on March 26, 2020, while Monster Hunter Stories 2: Wings of Ruin is set for a Summer 2021 release. Both games will also feature several cross-over bonuses. More information on both games are scheduled to be announced at this year’s Tokyo Game Show during the TGS 2020 Online Capcom Special Program on September 25, 2020, at 9PM (GMT+8) and the Capcom TGS Live 2020 show on September 26, 2020 at 8PM (GMT+8). You can also check out the