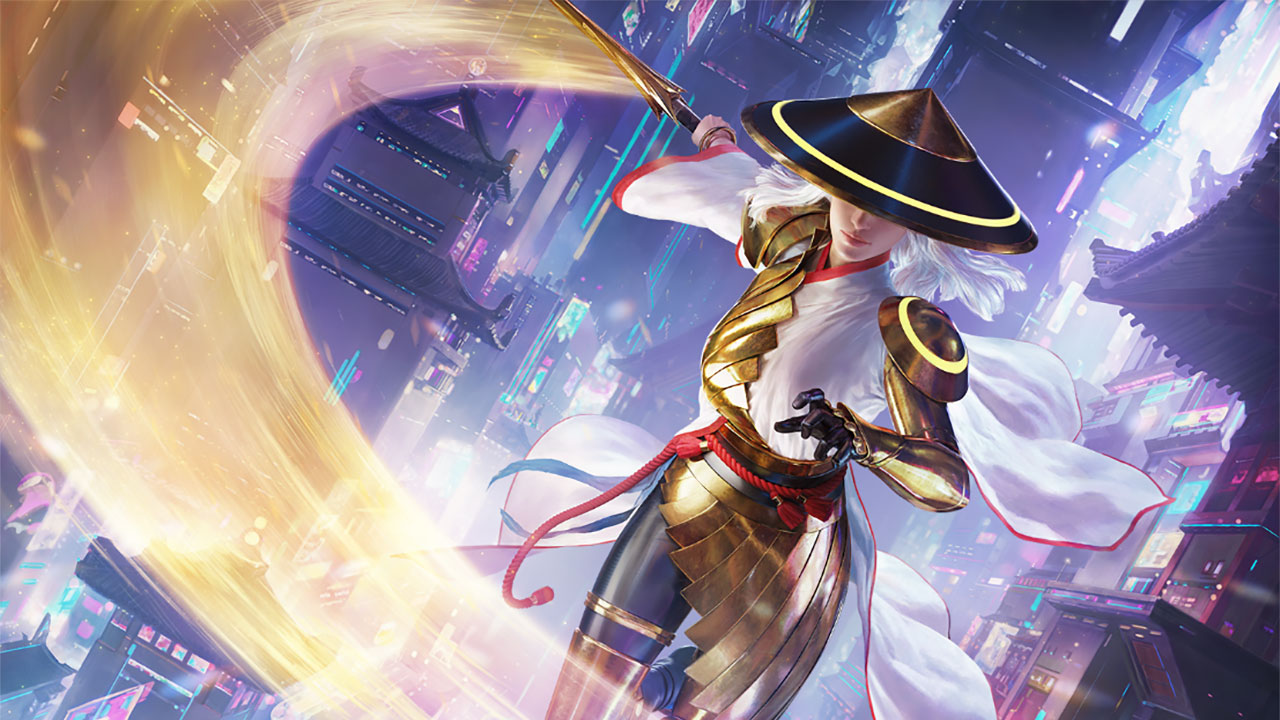 Magic: The Gathering is releasing its latest set, Kamigawa: Neon Dynasty, on February 18, 2022, according to an announcement by Wizards of the Coast.

The new set is the supposed sequel to 2004’s original Kamigawa expansion but is set 1,200 years after the events of its story. The new set will introduce new versions of returning mechanics as well as completely brand-new ones. Some of these include Reconfigure, Double-faced Cards, Channel, Ninjutsu, and more. Kamigawa: Neon Dynasty will also feature five legendary Spirit Dragons as well as an array of Samurai and Ninja cards.

“In a city of looming skyscrapers and vibrant cherry blossom trees, cyber ninja Kaito Shizuki searches for the missing Emperor of Kamigawa. With returning Planeswalkers Tamiyo and The Wanderer by his side, Kaito must journey through the neon Undercity to investigate an unfolding mystery; one that threatens the spiritual world of Kamigawa and the delicate balance between soul and machine.”

The new set features 10 “Ukiyo-e” basic lands, with each land type getting two different woodblock art designs, which will also be available in foil and non-foil versions. 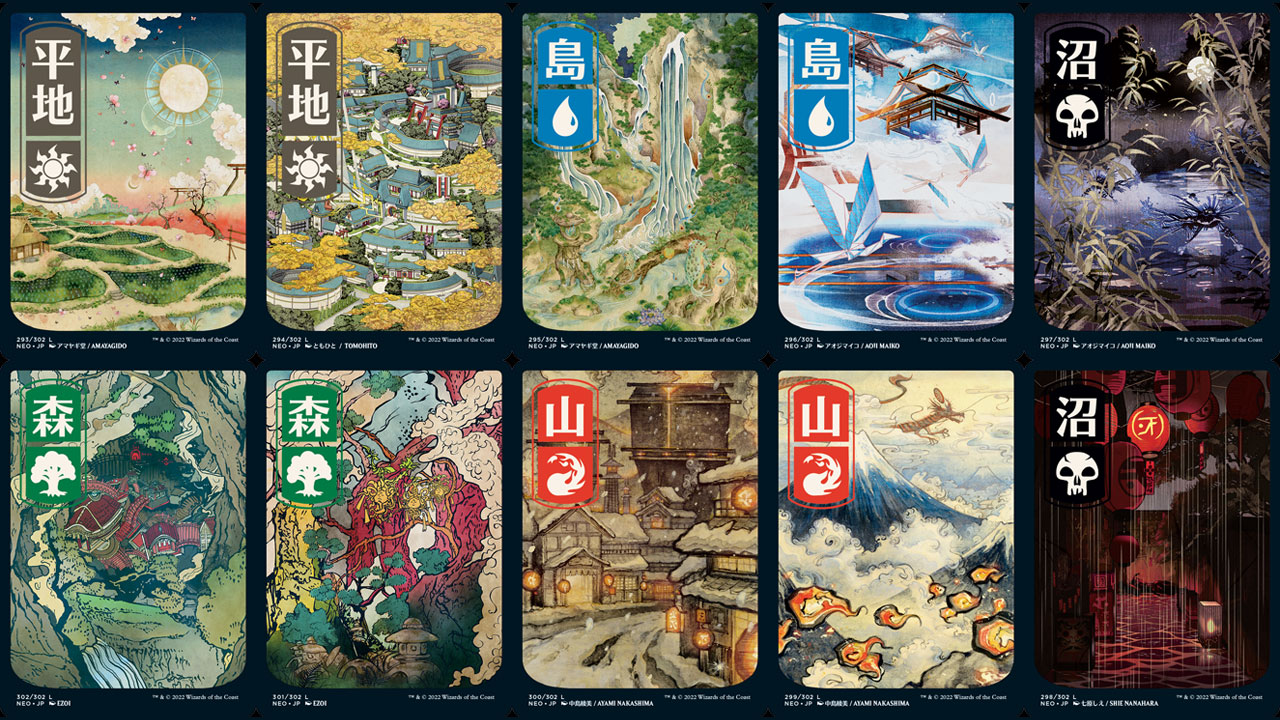 The aforementioned Samurai and Ninja cards will also feature their own specific showcase frames. 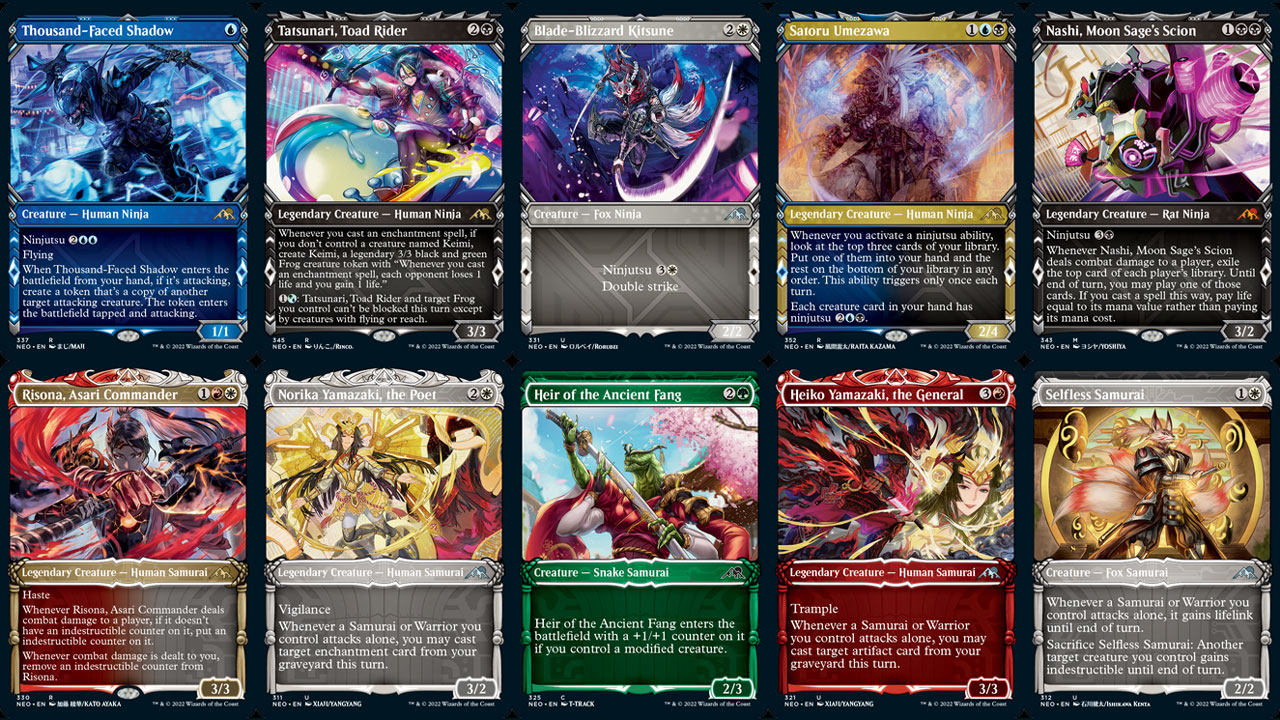 Lastly, Wizards of the Coast has collaborated with several Japanese artists, including Hara Tetsuo (Fist of the North Star), Yoji Shinkawa (Metal Gear Solid), and many more, to create full-art cards for some of the set’s Legendary Creatures and Planeswalkers. 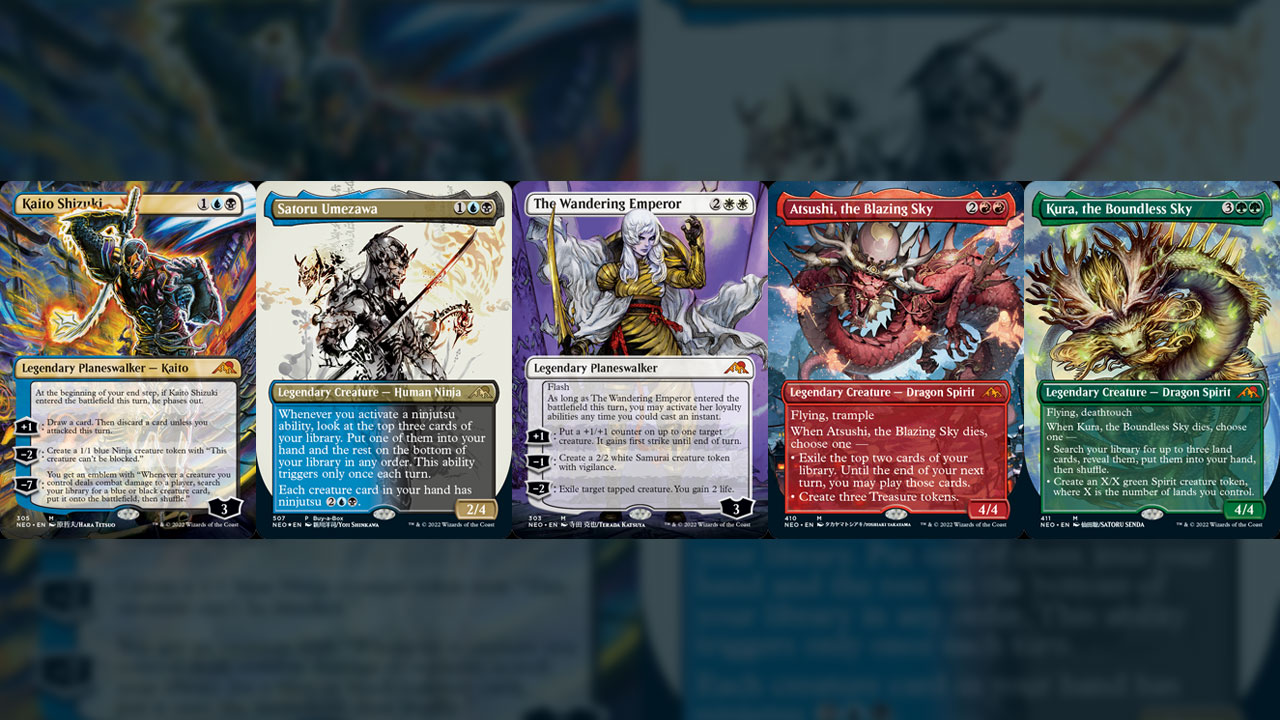