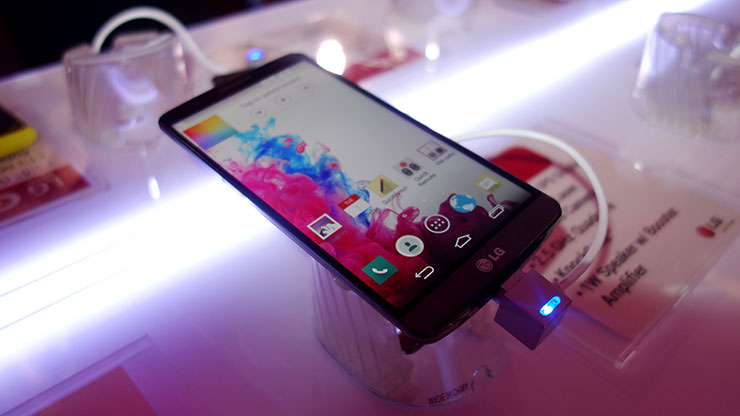 LG Officially Launches the G3 in the Philippines

The LG G3, the company’s latest flagship smartphone, has finally hit Philippine shores. The G3, the successor to last year’s “Best Smartphone in the World”, was officially launched in the Philippines last July 1st at a star-studded event at the Enderun Tent. 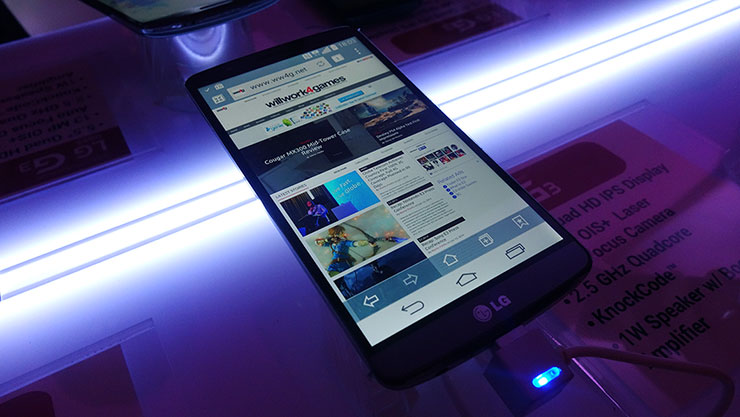 LG had more than a few G3’s on display at the event so we didn’t have a problem getting a look at the new device first-hand and from the outset we were impressed with the G3. The first thing you notice when you grab the G3 is the beautiful display. The G3 is equipped with a 5.5-inch Quad HD screen with a display resolution of 2,560 x 1,440 pixels. That gives the G3 an artbook-quality pixel density of 538ppi (pixels per inch). 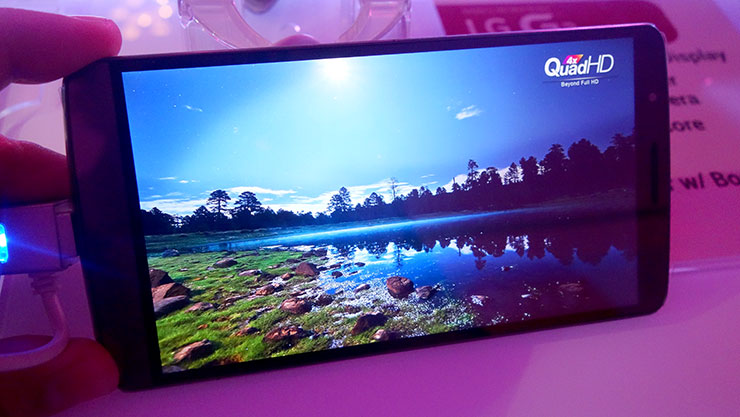 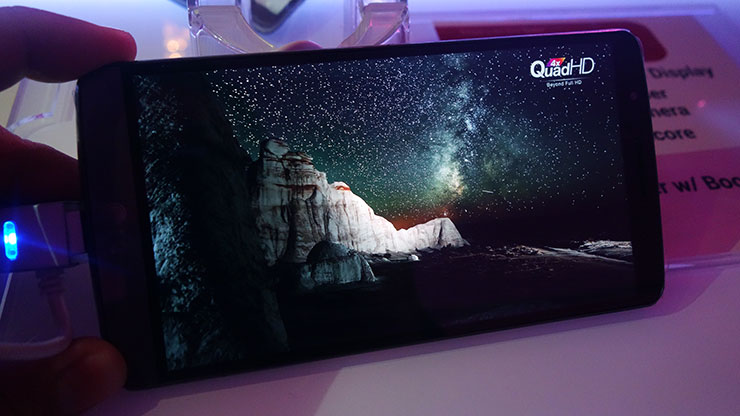 The G3’s beautiful screen takes up most of the front of the device (around 76.4%) with barely any room left above and below the screen for the phone’s earpiece, the 2.1-megapixel F2.0 front camera, light and other sensors, and the LG logo. 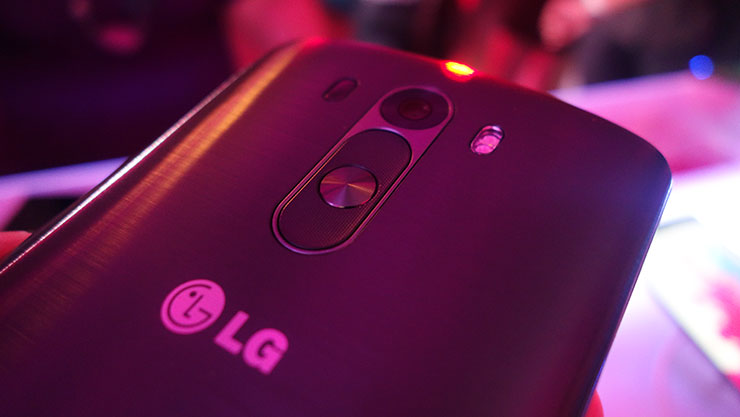 The rear of the device features a brushed metal skin and what LG calls a “Floating Arc” design which just means the rear of the device is curved so it sits better in the user’s hand. It also features LG’s newly redesigned signature Rear Key, the G3’s 13-megapixel camera with OIS+, dual LED flash, a 1W Speaker (with “Boost Amp”), and LG’s new Laser Auto Focus. The rear camera’s OIS+ feature helps with shaky hands and low-light shots while the Laser Auto Focus allows for fast and accurate auto-focusing. 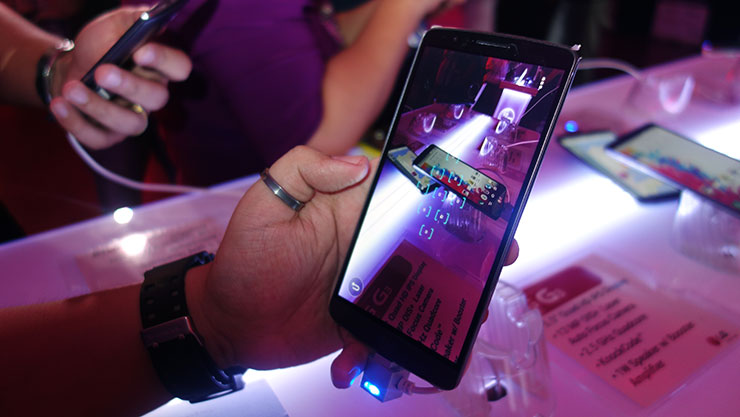 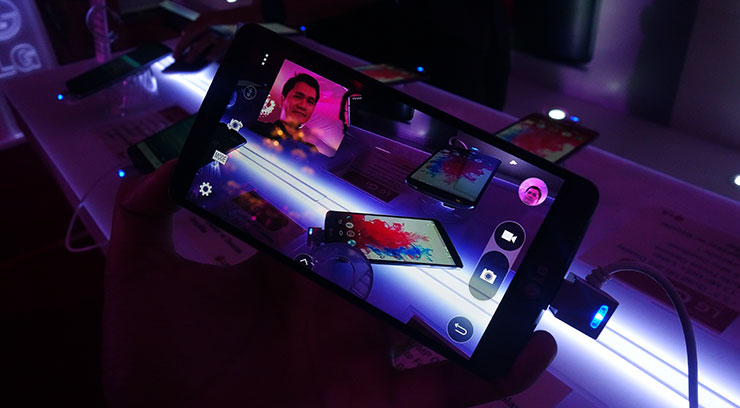 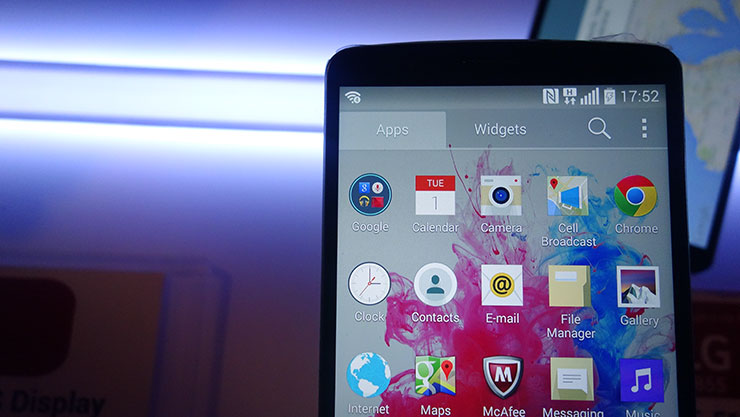 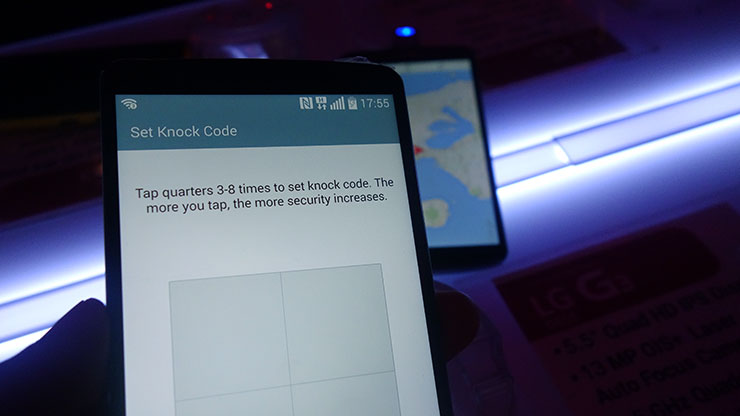 With the G3 and the new Optimus UI, the company is also introducing a few UX features including a new Smart Keyboard, a new Smart Notice feature, and the Smart Security suite of features including the Knock Code, a Content Lock, and a Kill Switch feature. The Smart Security’s Content Lock feature allows users to take their personal files on their G3 and hide them when needed while the Kill Switch feature allows users to disable their G3 remotely in case of theft. 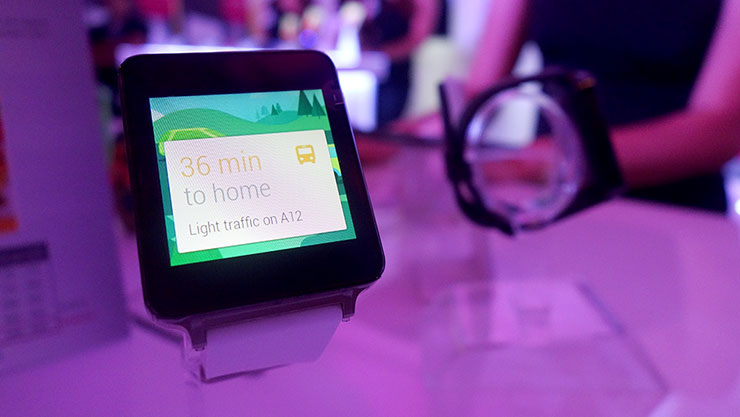 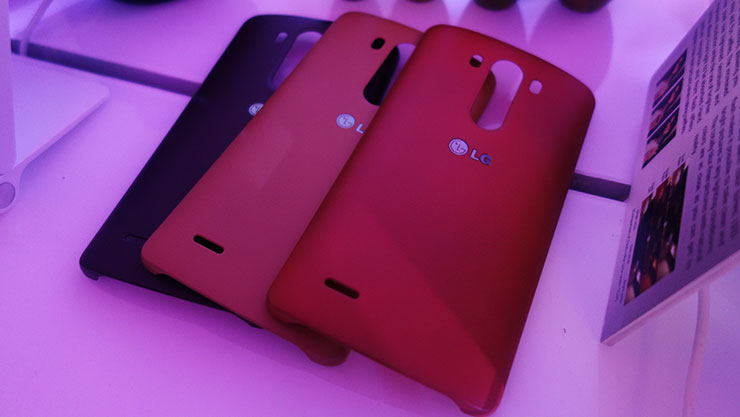 LG also launched a number of accessories for the LG G3 including the LG Quick Circle Case, the LG Tone Infinim Bluetooth headset which features Harman/Kardon technology, the LG G3 foldable wireless charger, and the highly-anticipated LG G Watch – the company’s first Android Wear-based smartwatch and one of the first smartwatches in the industry to use Google’s wearable-focused operating system.

The LG G3 is now available at all LG dealers nationwide in four color options – Metallic Black, Silk White, Shine Gold, and Burgundy Red – at an SRP of Php29,990 for the 16GB/2GB RAM variant and Php33,990 for the 32GB/3GB RAM variant.