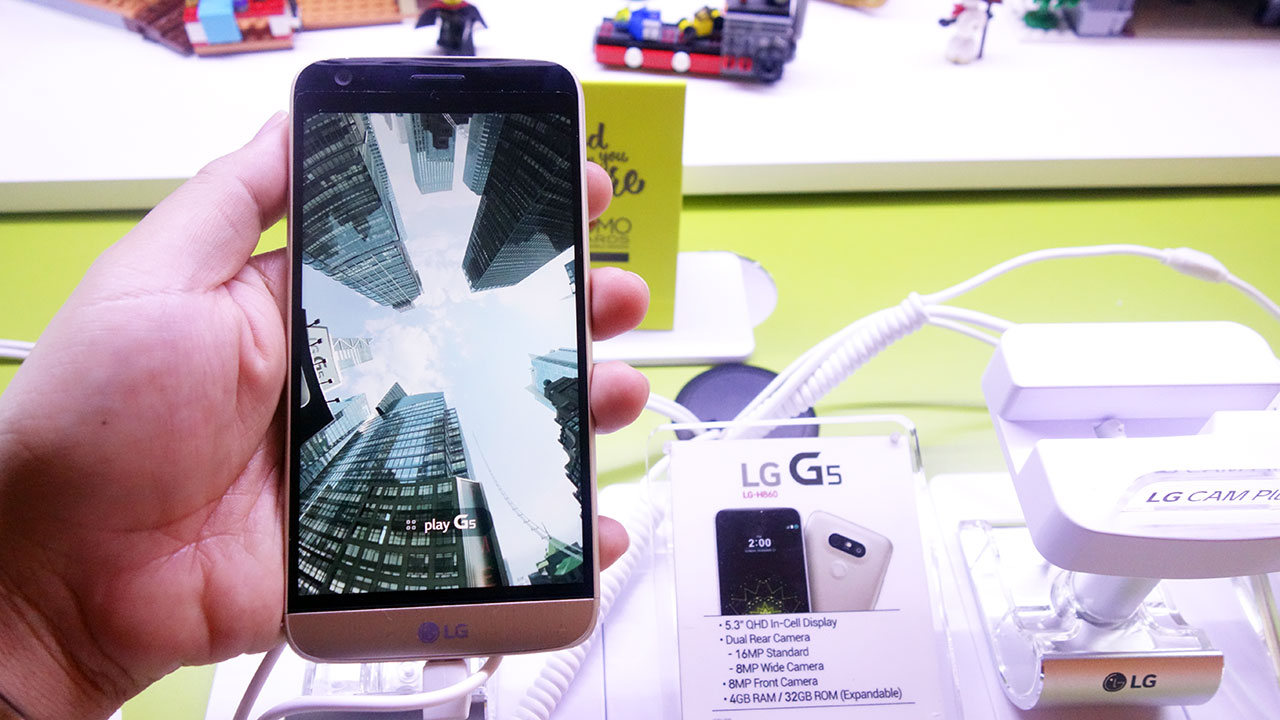 LG originally unveiled the G5, its latest flagship, with its modular design along with all its accessories last February at the Mobile World Congress in Barcelona and just last week the company officially launched the new device along with some of its “Friends” in the country.

The G5 features a new modular smartphone design, the first commercially available in the industry, that allows users to switch out and replace the bottom section of the device with modules that improve the usability and capability of specific functions of the device depending on the module used. The first of the modules LG is releasing with the G5 is the LG CAM Plus module which gives the device a comfortable hand grip as well as a slew of physical buttons that make using the G5’s high-end camera much easier. The LG CAM Plus also sports a 1,200mAh battery, extending the G5’s long battery life even further when attached. Then there’s the LG Hi-Fi Plus with B&O Play module which is a portable Hi-Fi DAC that supports 32-bit up-sampling as well as 32-bit 384KHz high-definition audio playback. The LG Hi-Fi Plus can either be used as a module attached to the G5 or as a stand-alone device that can be attached via USB to any smartphone or PC making it extremely versatile and useful. 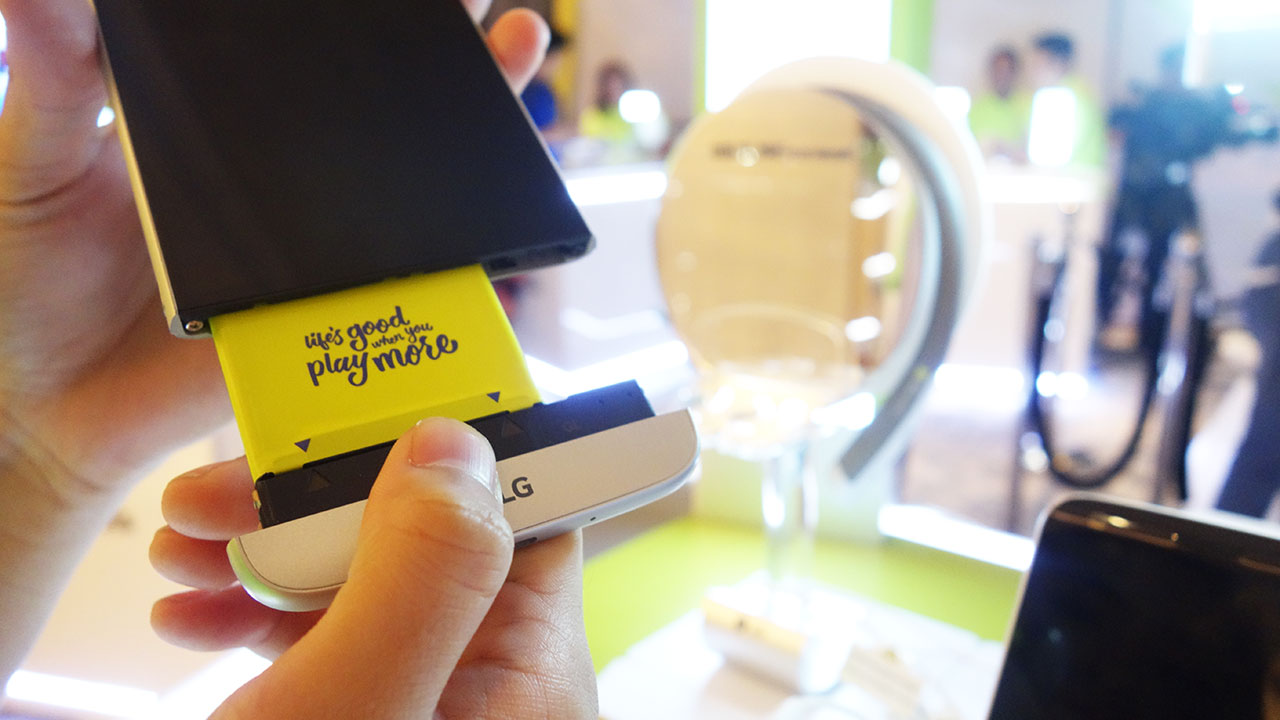 Other than the two modules, LG is also releasing a few “Friends” to go with the G5. These include a new VR headset called the LG 360 VR which features a drastically different design than the other mobile VR headsets in the market, a 360-degree angle dual-lens dual 13-megapixel sensor camera called the LG 360 CAM, a wirelessly-controlled rolling drone called the LG Rolling Bot, the latest edition of the company’s Tone headset series simply called the Tone Platinum, and the H3 high-end earphones that work with the LG Hi-Fi Plus module.

As for the specifications of the G5 itself, it comes with a 5.3-inch Quad HD IPS display that comes with the company’s Always-On feature allowing users to check on the time as well as their notifications even while the phone is in sleep mode. The G5 is also equipped with the latest Snapdragon 820 quad-core processor from Qualcomm, an Adreno 530 graphics chip, 4GB of DDR4 RAM, 32GB of internal storage, expandable storage supports up to 2TB via microSD, and a 2,800mAh removable battery. The G5 also features a 16-megapixel rear camera that can switch into an 8-megapixel super wide angle camera and an 8-megapixel front-facing camear. Connectivity-wise, the G5 supports X12 LTE connectivity with Cat.12 download speeds and Cat.13 upload speeds, Wi-Fi 802.11ac, Bluetooth 4.2, and USB Type-C. 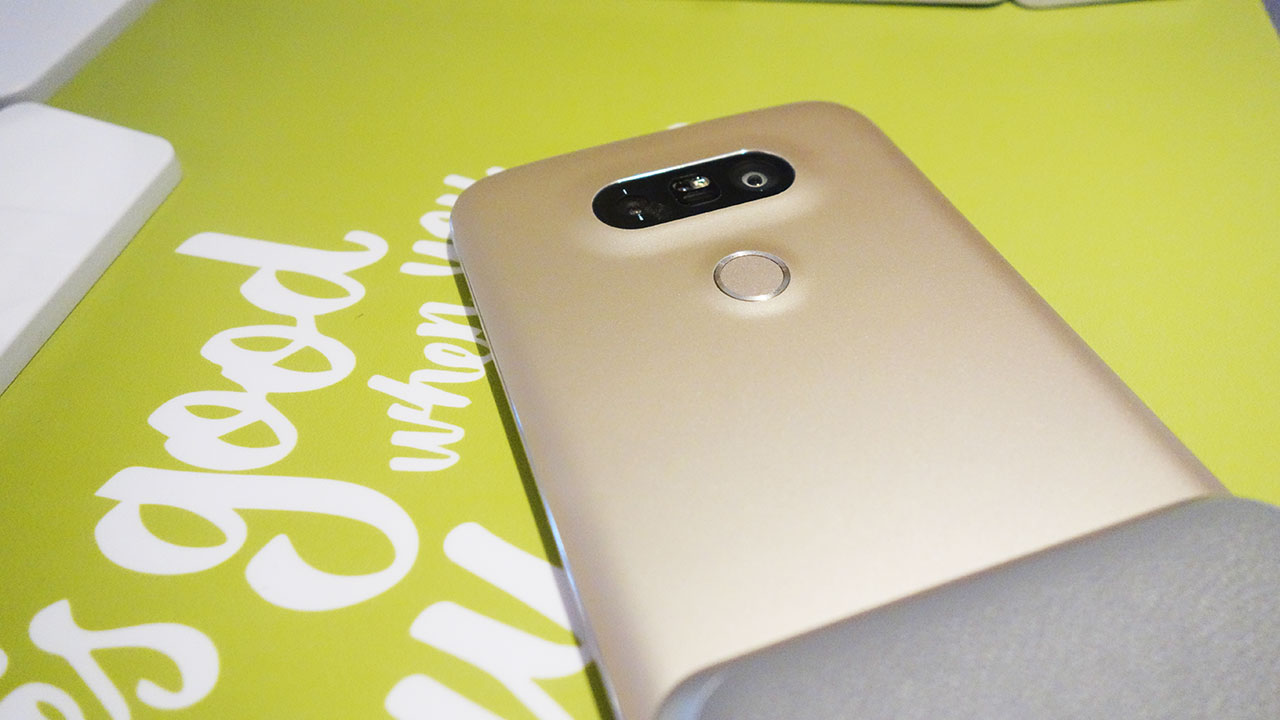 “With all the smartphone brands striving for the latest technology and most functional design, LG G5 marries these concepts with the human element of rediscovering the true joy in ‘playing more’,” LGEPH Mobile Communications VP Jay Won said. “We are so excited to bring this highly anticipated and out-of-the-box flagship to the Philippines. LG G5 and Friends play a game-changing role in the smartphone industry, providing devices and opportunities that would help make the most of a consumer’s mobile lifestyle.”

The LG G5 is now available at selected retailers for an SRP of Php34,990 and will be available in Silver, Titan, Gold, and Pink. 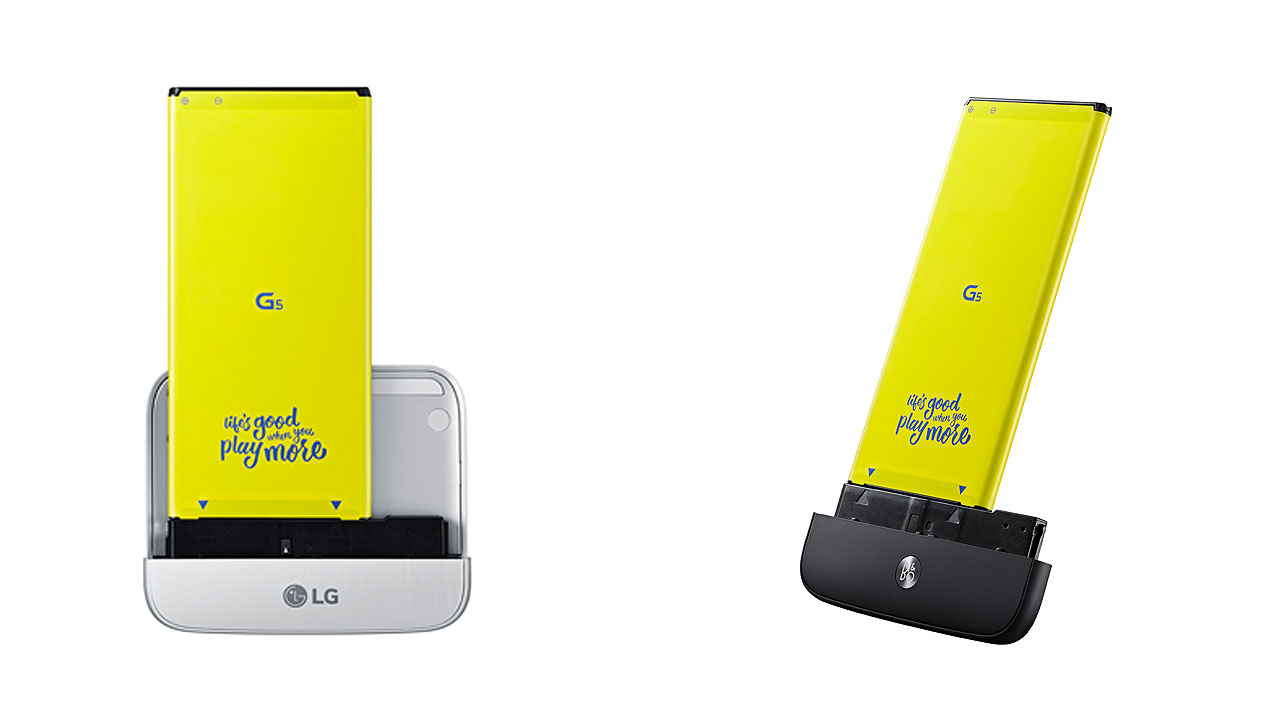 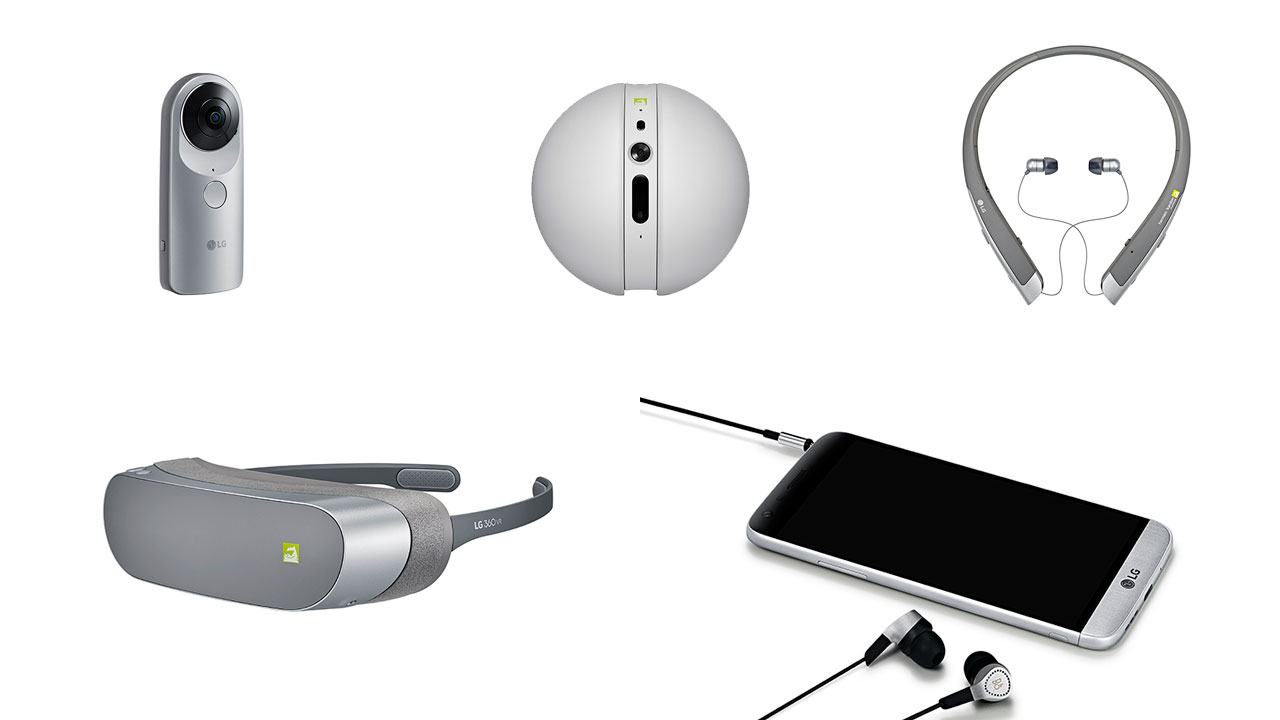