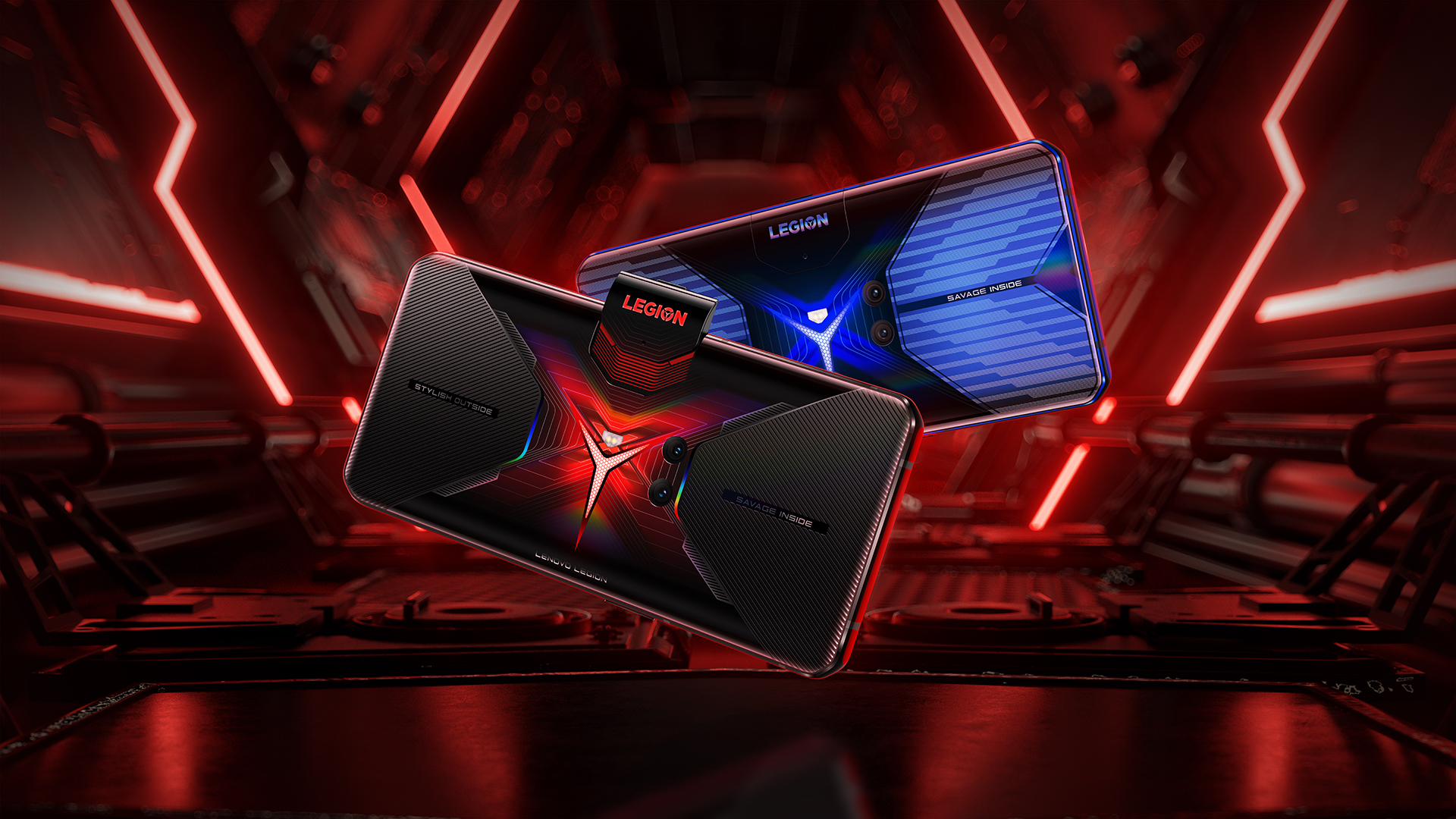 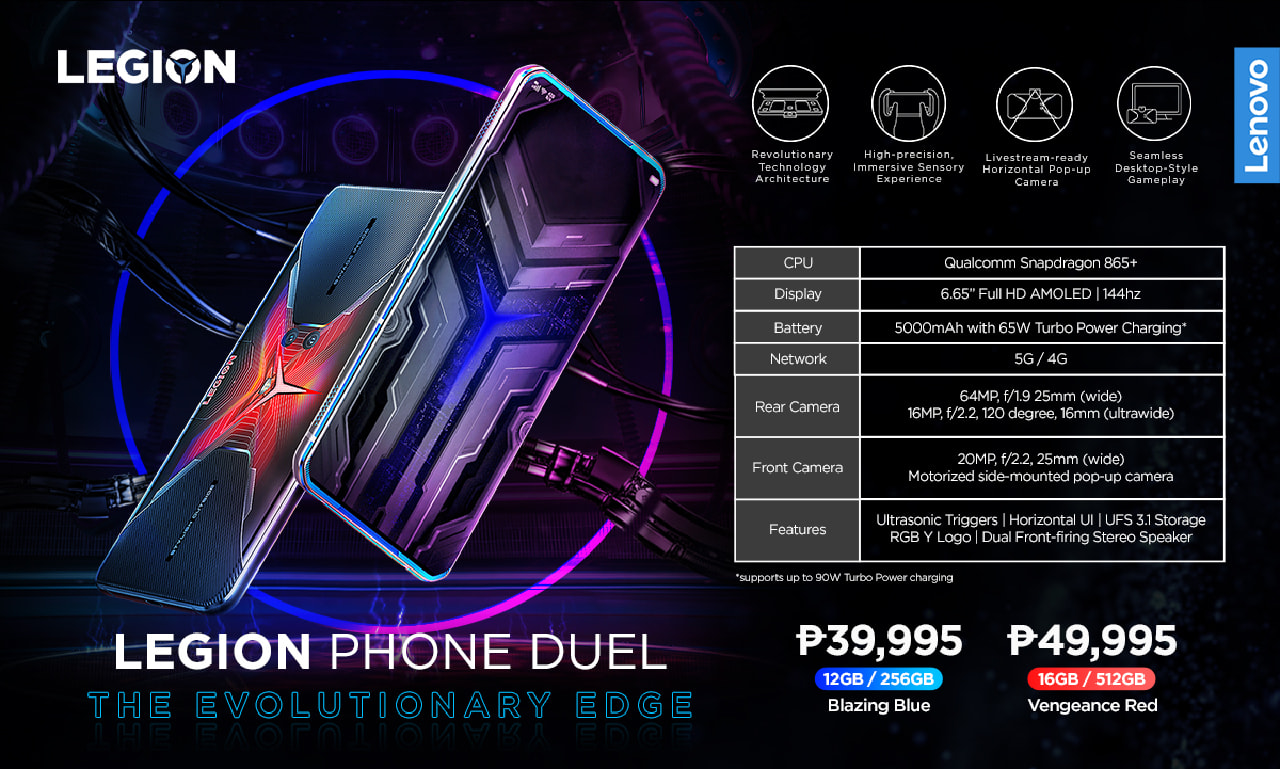 “A ‘gamers-first’ mindset is baked into Lenovo Legion’s DNA. We made sure our maiden gaming smartphone offering is of flagship quality, with topnotch internals and innovative features, to give our customers the best bang for their buck. As we explore new form factors in our journey to delivering smarter technology for all, Filipino gamers can trust that Lenovo will continue to support new applications and bring them new experiences that will help them get ahead of the game now and in the future,” said Michael Ngan, Lenovo Philippines President and General Manager. 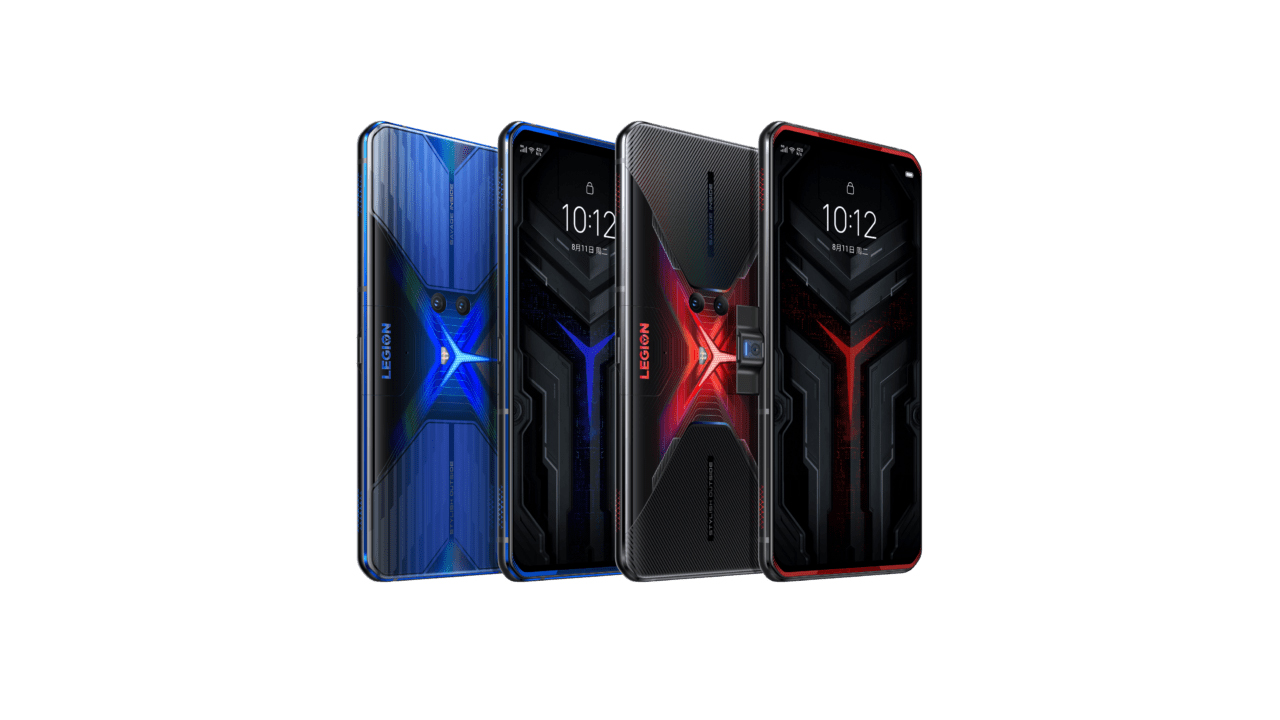 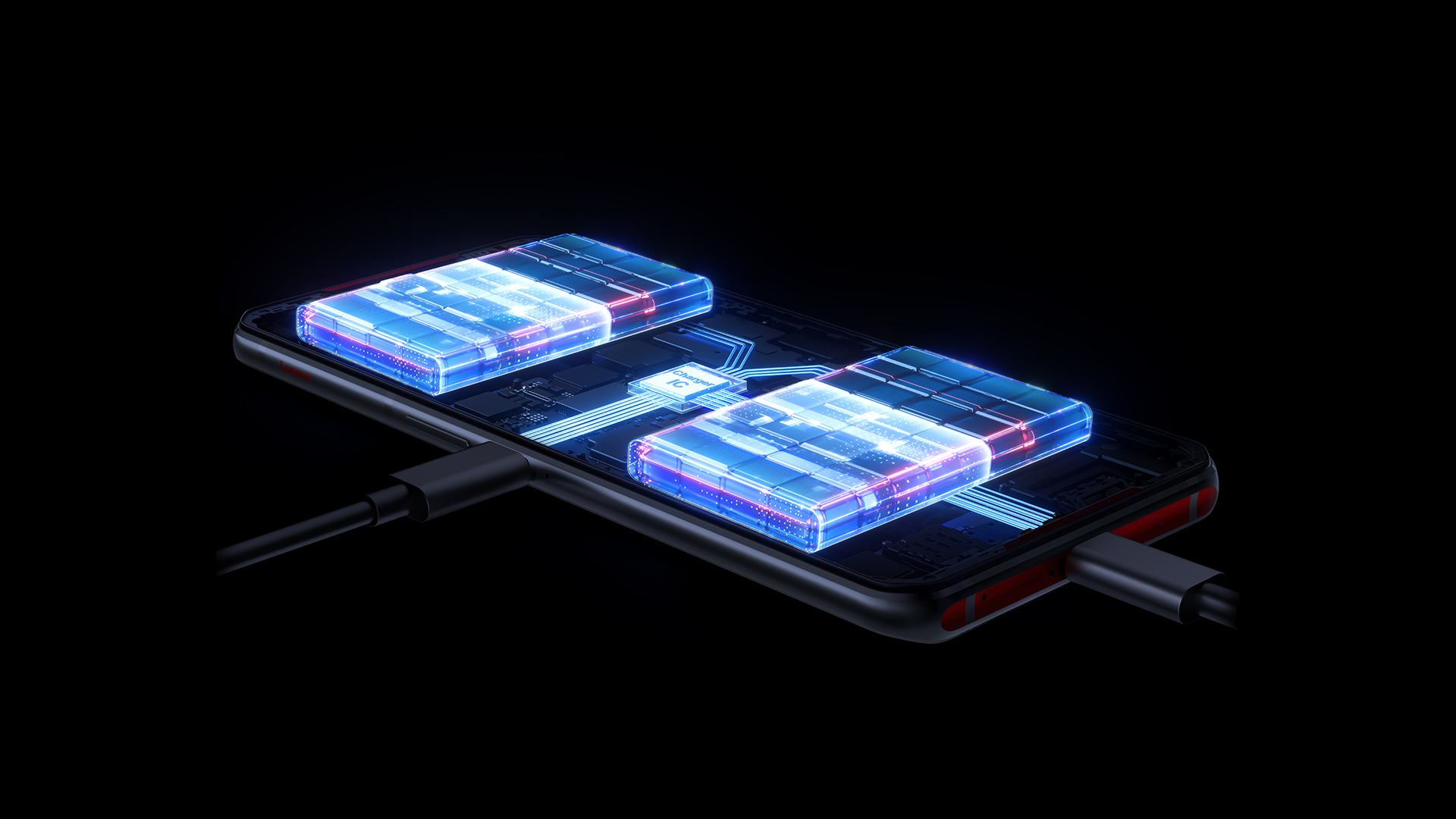 The Legion Phone Duel is also one of the first gaming smartphones to feature the new Qualcomm Snapdragon 865 Plus mobile processor, which features support for 5G connectivity and is coupled with a Qualcomm Adreno 650 GPU. The rest of the Legion Phone Duel’s features specifications include up to 16GB of LPDDR5 RAM and up to 512GB of UFS 3.1.5 storage. The device’s 6.65-inch display features a screen resolution of 2340 x 1080 pixels, a refresh rate of 144Hz, and a touch sampling rate of 240Hz.

The Lenovo Legion Phone Duel will be available starting November 1, 2020, in Blazing Blue (12GB / 256GB) and Vengeance Red (16GB / 512GB). The company plans to announce the pricing of the two variants on October 24, 2020 during the Legion launch stream of this year’s ESGS. More information on the Legion Phone Duel and the upcoming Legion launch stream can be found on the official Lenovo Legion Facebook page.