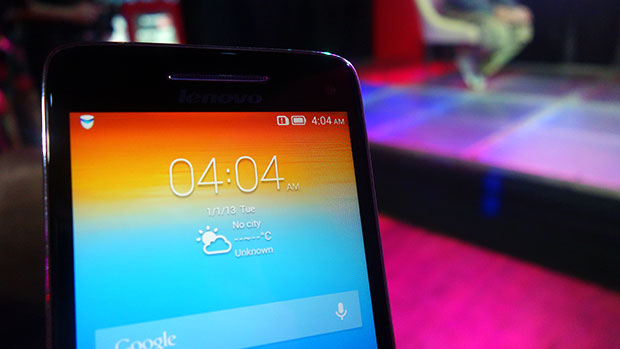 Lenovo adds another device to their smartphone line – the Vibe X features a premium sleek and slim design, a surprisingly beautiful display, and a pair of advanced cameras at a competitive price of Php19,999.

The Vibe X runs on MediaTek’s 1.5GHz MTK 6589T quad-core processor, 2GB of RAM, Android’s 4.2 Jelly Bean OS, and 16GB of internal storage. A 2000 mAh Li-polymer battery powers the new smartphone and, according to Lenovo, the usage of low power RAM enables the Vibe X’s battery to have “twice the energy capacity of a typical cellphone.”

The Vibe X’s screen, which Lenovo calls their 20/20 Vision display, is a five-inch full HD IPS display with a screen resolution of 1920 x 1080 pixels and a pixel density of 440 pixels per inch (PPI). The display is protected by a Corning Gorilla Glass 3 panel. 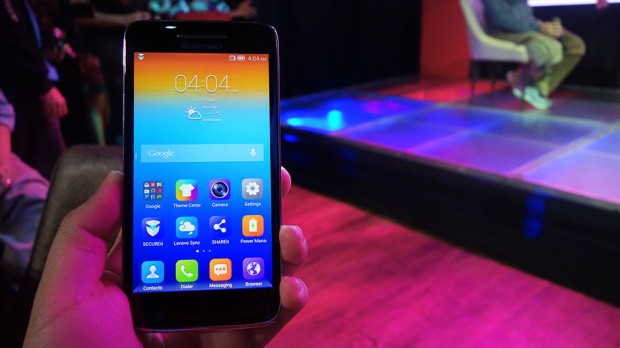 Picking up the Vibe X, I was surprised at how good the smartphone’s laser-engraved 3D tactile finish felt in my hand. The phone was also noticeably light and slim having a weight of 121 grams and a thinness of only 6.9mm. Also surpising, albeit a bit disappointing, were the exclusion of LTE capability and the ability to expand the device’s storage capacity via a microSD card. 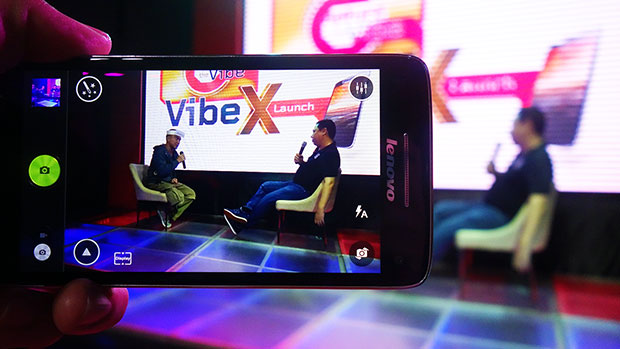 The Lenovo Vibe X’s camera app with Technoodling.net’s Irwin Rivera and DR on the Go’s Reg Ramos in frame.

Michael Ngan, Country General Manager of Lenovo Philippines, said, “With its powerful dual cameras and stunningly durable and stylish deisgn, the new Lenovo Vibe X is another testament to the company’s commitment to innovation and desire to become the leader in the PC Plus era. We are bullish on the growth prospects of the smartphone market in the Philippines and the launch of the Lenovo Vibe X is a refection of our belief in the potential and importance of the Philippine market to Lenovo.” 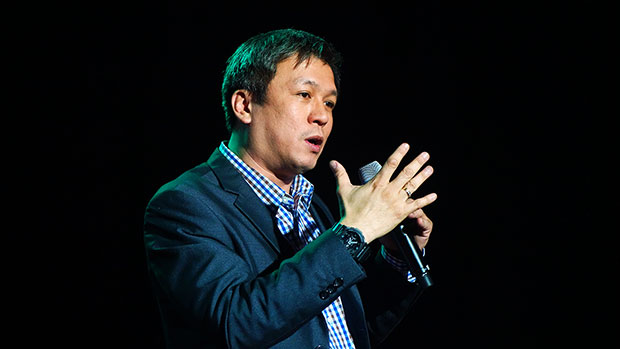 The Vibe X comes with Lenovo’s suite of proprietary apps which include s security, a sharing, and a data backup/restoration app.

The Lenovo Vibe X is now available at authorized dealers of Open Communications, Lenovo’s exclusive smartphone distributor in the Philippines.