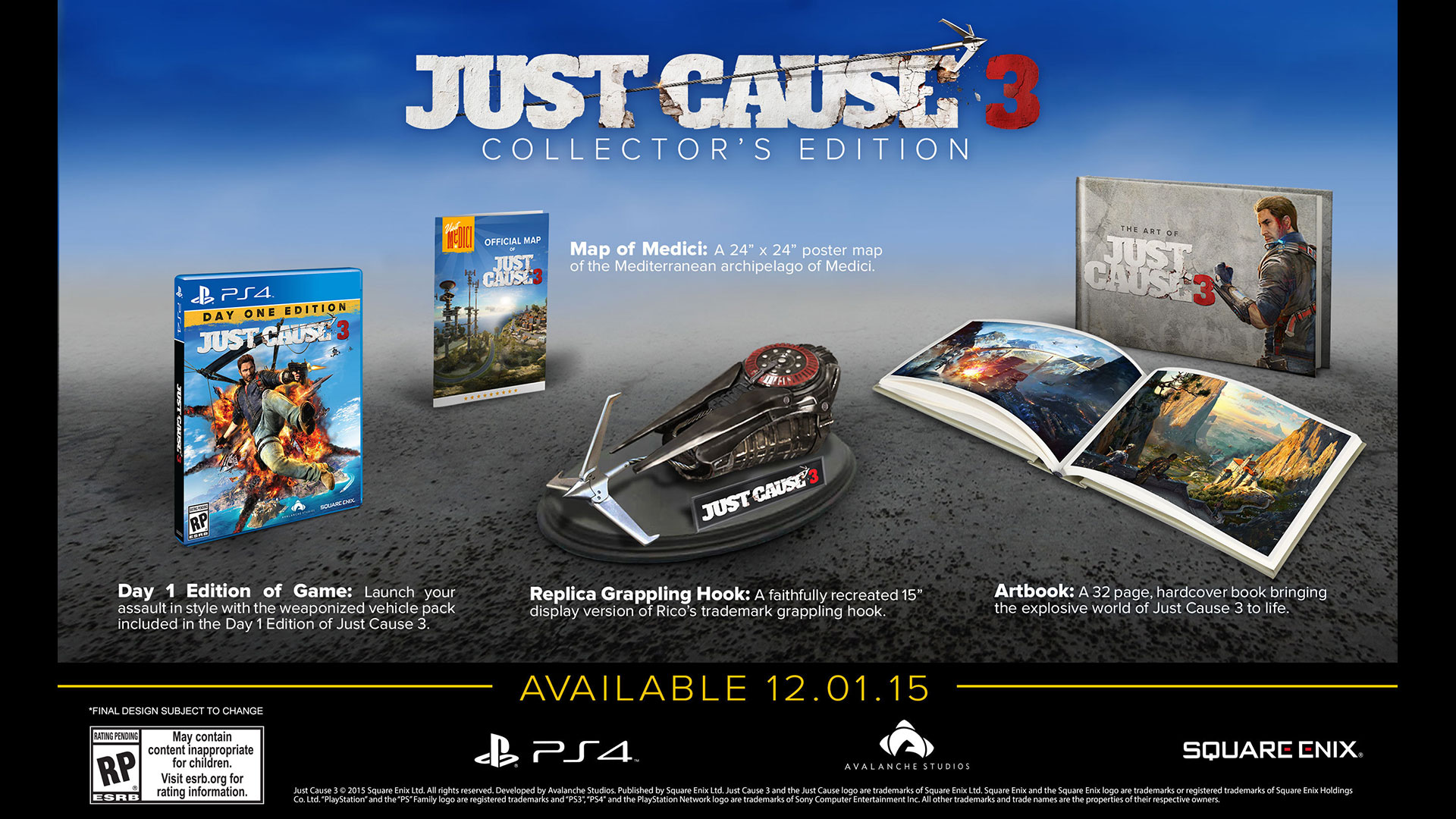 The folks at Square Enix have officially announced the much-requested Collector’s Edition of the upcoming third-installment of the Just Cause series, Just Cause 3.

Along with a Day One edition of Just Cause 3, the collector’s edition will come with a suite of collectibles including the fan-voted 15-inch display version of series protagonist Rico’s famous grappling hook, a 24-inch by 24-inch poster map of the Mediterranean archipelago of Medici, a 32-page hardcover art book, and a Weaponized Vehicle Pack in-game content.

“Much like the high-octane action of Just Cause 3, we wanted to give fans a Collector’s Edition that speaks to their breed of fun,” said Senior Product Marketing Manager, Damian Garcia. “Out of all the items we offered, the grappling hook was by far the most popular, and the fans made a solid choice to elevate this collection.”

Pre-orders for the Just Cause 3 Collector’s Edition have already begun with a price tag of $109.99. The game itself will release later this year on December 1st for the Playstation 4, Xbox One, and Windows PC.

Will you be grabbing the Collector’s Edition of Just Cause 3 when it becomes available within our shores?