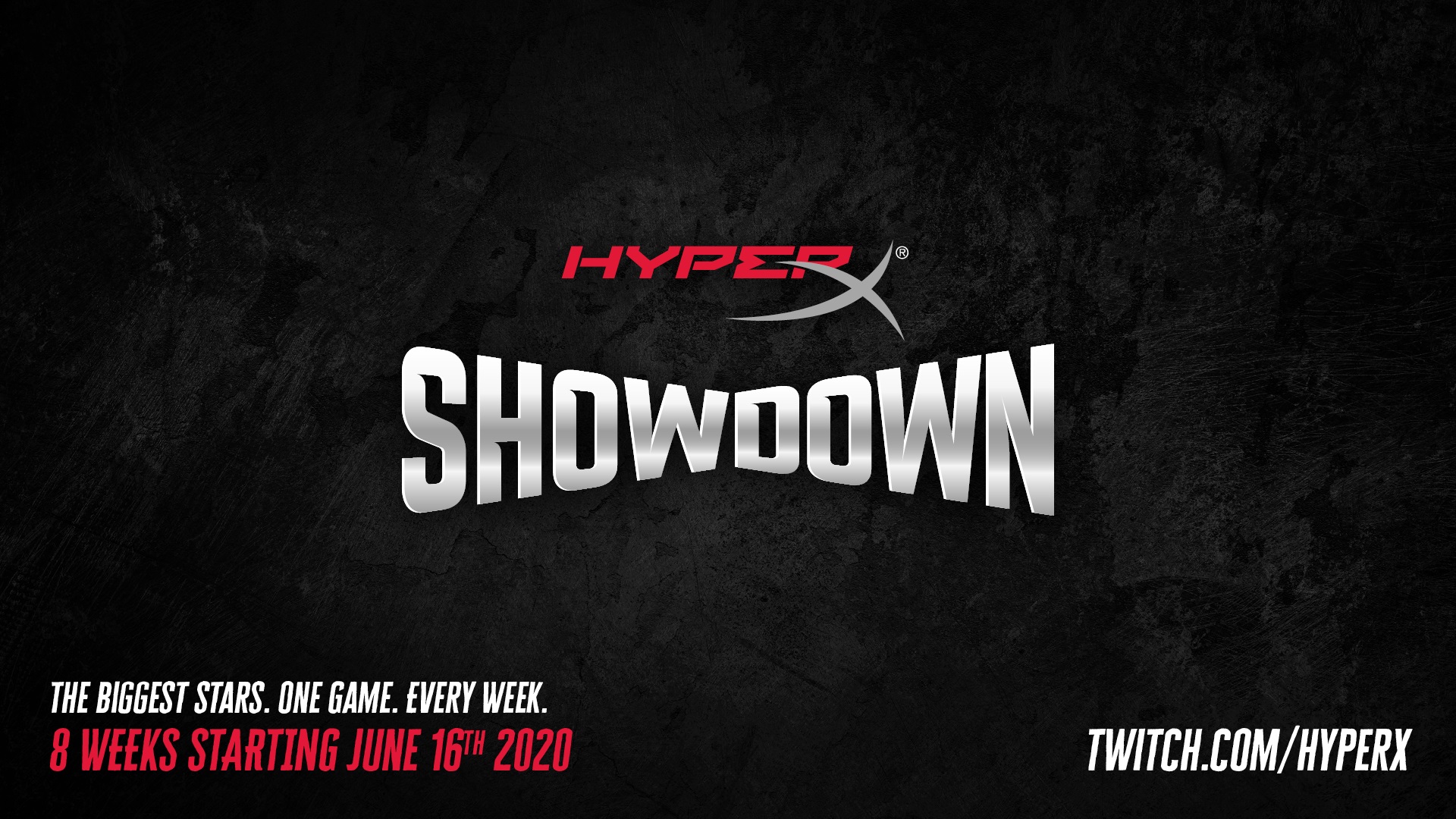 HyperX has announced an eight-week series of online gaming events, dubbed the HyperX Showdown, that will feature celebrities from different industries including gaming, music, and sports, as well as several well-known streamers.

The eight-week online gaming event series will have guests play and compete in games such as Call of Duty: Warzone, NBA 2K, Fortnite, Madden, and more. There will also be special HyperX Showdown episodes including an all-female event and an NBA Rookie Challenge.

“HyperX is thrilled to bring together a diverse mix of athletes, entertainers, artists and gamers for the HyperX Showdown,” said HyperX. “Given the current situation of people staying home and not being able to visit sports or esports events live, we wanted to create a unique entertainment experience for our community – and the world at large – to enjoy and experience together.”

The first entry in the series is scheduled to air on Tuesdasy, June 16, at 3PM (ET) and will feature music stars Afrojack and Nicky Romero who will each be paired up with two players from the London Royale Ravens and will be playing Call of Duty: Warzone. The HyperX Showdown will be available to watch at www.twitch.tv/hyperx.