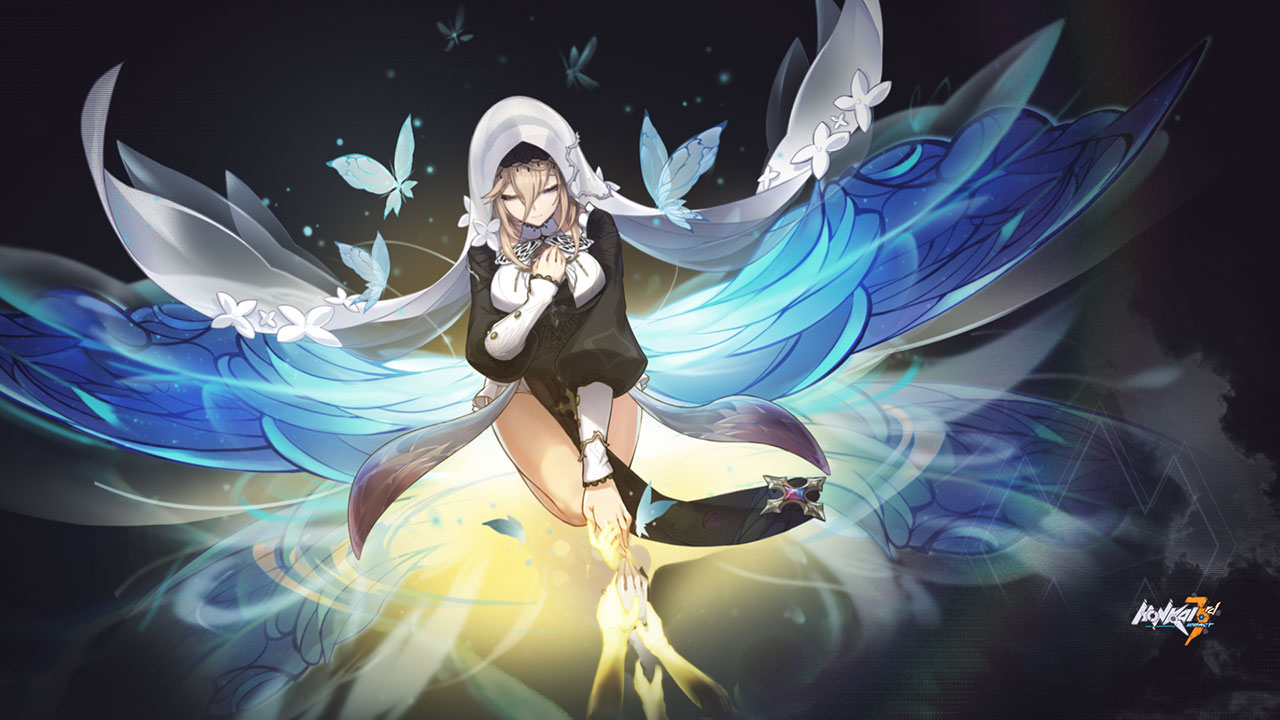 Here’s a description of Aponia, who is known as the strongest psychic MANTIS:

“When facing the strongest psychic MANTIS, people found not only holiness in Aponia, but also the pressure – her shining eyes always stay half-closed, perhaps to better perceive the so-called “strings of destiny”. The outfit of Aponia features a veil and thorns, a figure holding gems on skirt hemlines, and texture like dazzling butterfly wings, adding to herself a holy and mesmerizing appearance. On the battlefield, she can inflict multiple rounds of lightning strikes on enemies nearby, and unleash her Inhibitor’s Adjudication to make herself airborne, raining down the unstoppable discipline trial from above!”

The storyline of the 5.7 update will focus on Elysia and The Thirteen Flame-Chasers, and feature the new open world of Elysium Everlasting. Players will be able to choose between two modes of exploration, Story Mode or Map Exploration Mode.

The Shattered Dimensions theme event will also launch with the new update. Participating in the event and defeating the Latent Hunter will reward players with Bright Knight: Excelsis’ outfit Gale Hunter, Golden Diva Fragments and Crystals. There will also be new Spend Bonuses in the Felistore, where players can draw Supply Drops and purchase participating bundles to obtain Reverist Calico’s new outfit, Spectral Claws.