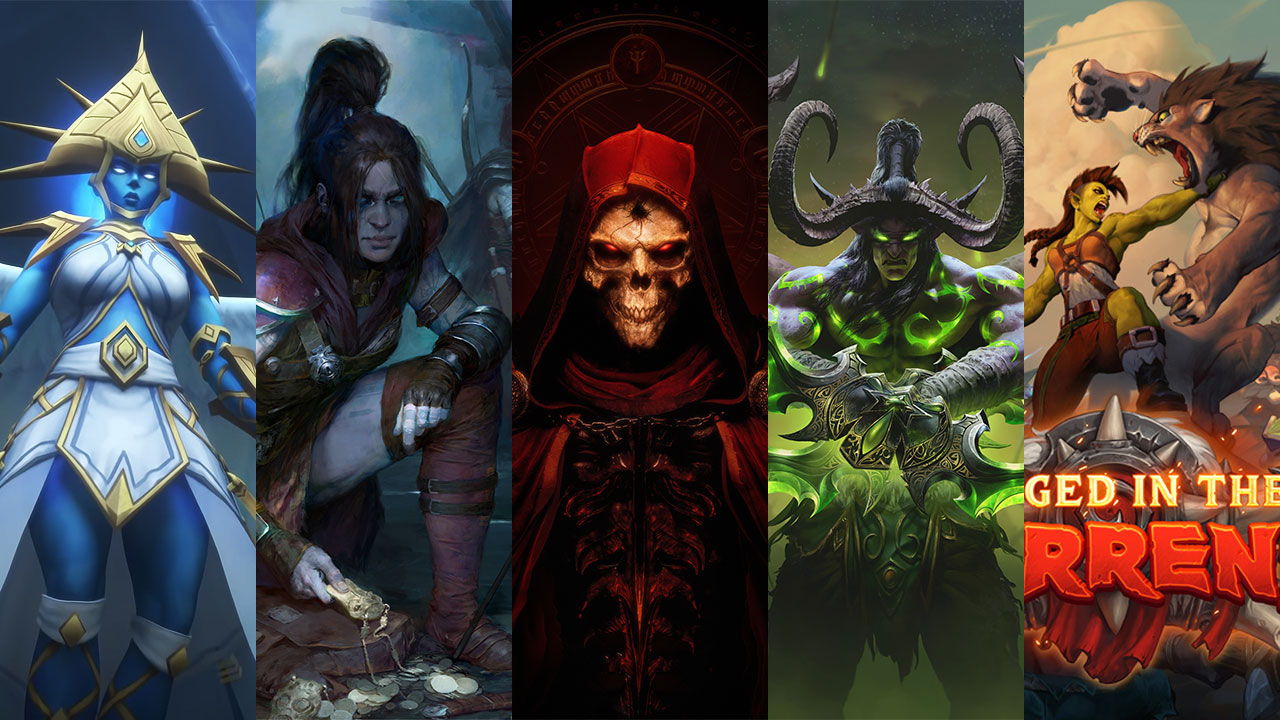 Here Are All the Announcements From BlizzCon 2021

Blizzard Entertainment held BlizzCon 2021 (AKA BlizzConline) last weekend and, as always, made quite a large number of announcements for its roster of popular titles. The first all-online edition of its annual convention was held from February 20 to February 21, 2021, and featured major reveals for Diablo, Hearthstone, World of Warcraft, and more.

One of the biggest announcements to come out of BlizzCon this year is the unveiling of Diablo II: Resurrected, the remaster of the classic action-RPG as well as its Lord of Destruction expansion. Diablo II: Resurrected will come with support for 4K resolutions and will feature upgraded visuals, a revamped user interface, and more, while keeping the core gameplay intact.

“Diablo II was a pivotal game for Blizzard and millions of players around the world. With Diablo II: Resurrected, we’re excited to bring this classic back to PC and also to consoles—with cross-progression on supported platforms—so that players can relive their memories, or experience Diablo II’s timeless gameplay for the first time, on their platform of choice,” said J. Allen Brack, president of Blizzard Entertainment. “With the new high-resolution audio and video in Diablo II: Resurrected, the game is as fun and engrossing today as it was twenty years ago.”

Diablo II: Resurrected is scheduled for release on PC, Xbox Series X/S, Xbox One, PlayStation 5, PlayStation 4, and Nitnendo Switch later this year. Blizzard also plans to introduce cross-progression which will allow players to access their progress from any platform.

Blizzard also announced that the Rogue will be the fourth class featured in Diablo IV, the upcoming next major entry in the series. The Rogue joins the Barbarian, Sorceress, and Druid as the classes that have been announced for Diablo IV so far.  Originally one of the classes in the first Diablo game, the Rogue is capable of utilizing both melee and ranged weapons as well as an array of traps, poisons, shadow magic, and more. It might be a while before players will be able to try out the Rogue though as Diablo IV has yet to receive a release date.

Hearthstone: Forged in the Barrens Expansion/Year of the Gryphon

The first Hearthstone expansion for 2021 was also announced at BlizzCon 2021. The Forged in the Barrens expansion will be feature cards inspired by the iconic location in World of Warcraft. The release of the new expansion will also welcome the start of the Year of the Gryphon, which will introduce the previously announced Core and Legendary card set as well as the new Classic game format. The upcoming Classic format will allow players to create and utilize decks using only the original set of Hearthstone cards that was available when the game launched back in 2014. Blizzard also announced Hearthstone Mercenaries, a new single-player and competitive game mode that is set to come out later this year.

“The Year of the Gryphon will be yet another exciting and eventful year filled with new content and new experiences in Hearthstone,” said J. Allen Brack, president of Blizzard Entertainment. “Forged in the Barrens will take us to a place straight out of World of Warcraft that’s dear to us and to many of our players, the new Core set will continue to shake up the game on an annual basis, and Hearthstone Mercenaries and the new Classic mode will introduce even more awesome ways to play.”

The first major content update for World of Warcraft: Shadowlands has been announced, Chains of Domination will introduce the new end-game zone called Korthia, the City of Secrets, as well as the new 10-man Sanctum of Domination raid. Tazavesh, the Veiled Market, a new eight-boss Mythic mega-dungeon, will also be opened in the new content update. Players will also be able to collect new Covenant cosmetic armor sets that will be wearable by any class, new mounts and pets, unlock the ability to fly in the Covenant’s four domains, and more.

Lastly, the the company also announced the release of the Blizzard Arcade Collection which includes three of the company’s classic titles, including The Lost Vikings, Rock N Roll Racing, and Blackthorne, which have been enhanced for modern platforms, including the PC, Nintendo Switch, PlayStation 4, and Xbox One. Each game in the collection will include both the Original Editions and Definitive Editions and will feature custom key mapping. Other features such as a watch mode, the ability to save anywhere, and a digital museum will be available for specific versions of each game in the collection.