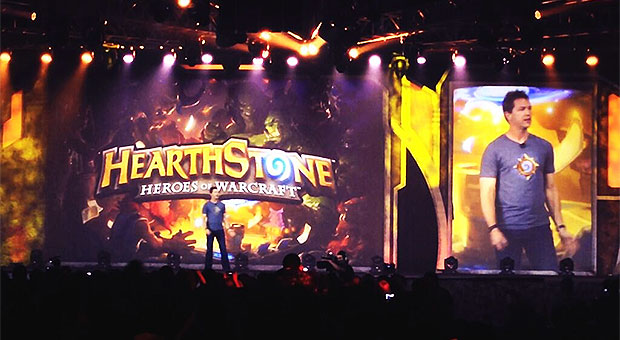 Hearthstone: Heroes of Warcraft coming to iPhone and Android, Open Beta in the next few months

Blizzard’s chief creative officer Rob Pardo announced at Blizzcon today that their digital collectible trading card game, Hearthstone: Heroes of Warcraft, which is currently in closed beta will be coming to iPhone and Android devices sometime next year. An iPad version of the game is also in development.

According to Pardo, the PC and Mac versions of Hearthstone will go into open beta in the next few months. Rob Pardo actually said that open beta would begin next month but also added, “but in Blizzard language, that might mean January.” The closed beta of the game started back in August.