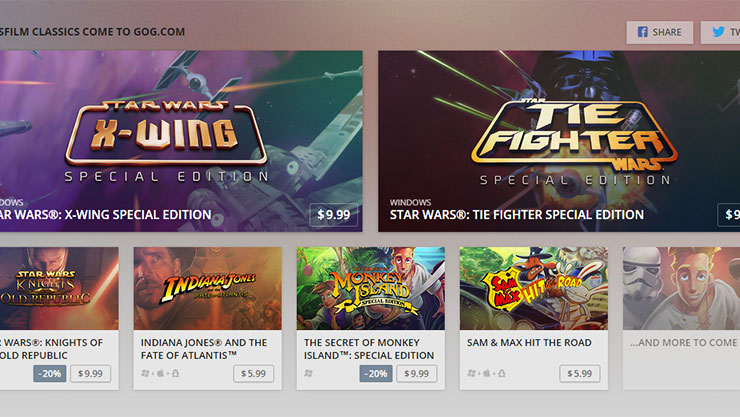 GOG.com and Disney Partner Up to Release Classic Star Wars Games and More

The awesome folks at GOG.com have announced a new partnership with Disney Interactive to re-release more than 20 classic LucasArts video on GOG.com, all DRM-free.

“We are very excited to be able to bring these classic interactive titles to our platform; it has been a long-time dream of ours,” said Guillaume Rambourg, Managing Director at GOG.com. “Luckily, Disney Interactive is always looking for new ways to give players access to content, so this was a natural collaboration. To those gamers playing these titles for the first time…May the Force Be With You!” 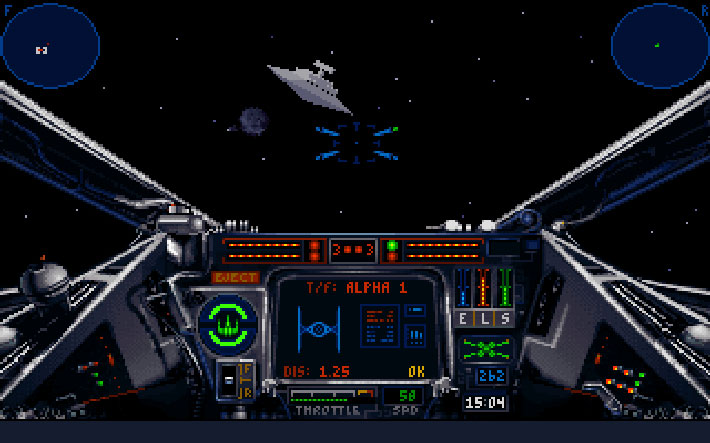 Some of the released games are ‘Special Edition’ versions which will include not only the game’s original content but also their expansion packs. For example, the Star Wars: X-Wing Special Edition will include not only the Star Wars: X-Wing Collector’s CD-ROM game but also all the Tour of Duty expansions including Imperial Pursuit and B-Wing in both the 1994 and 1998 versions.