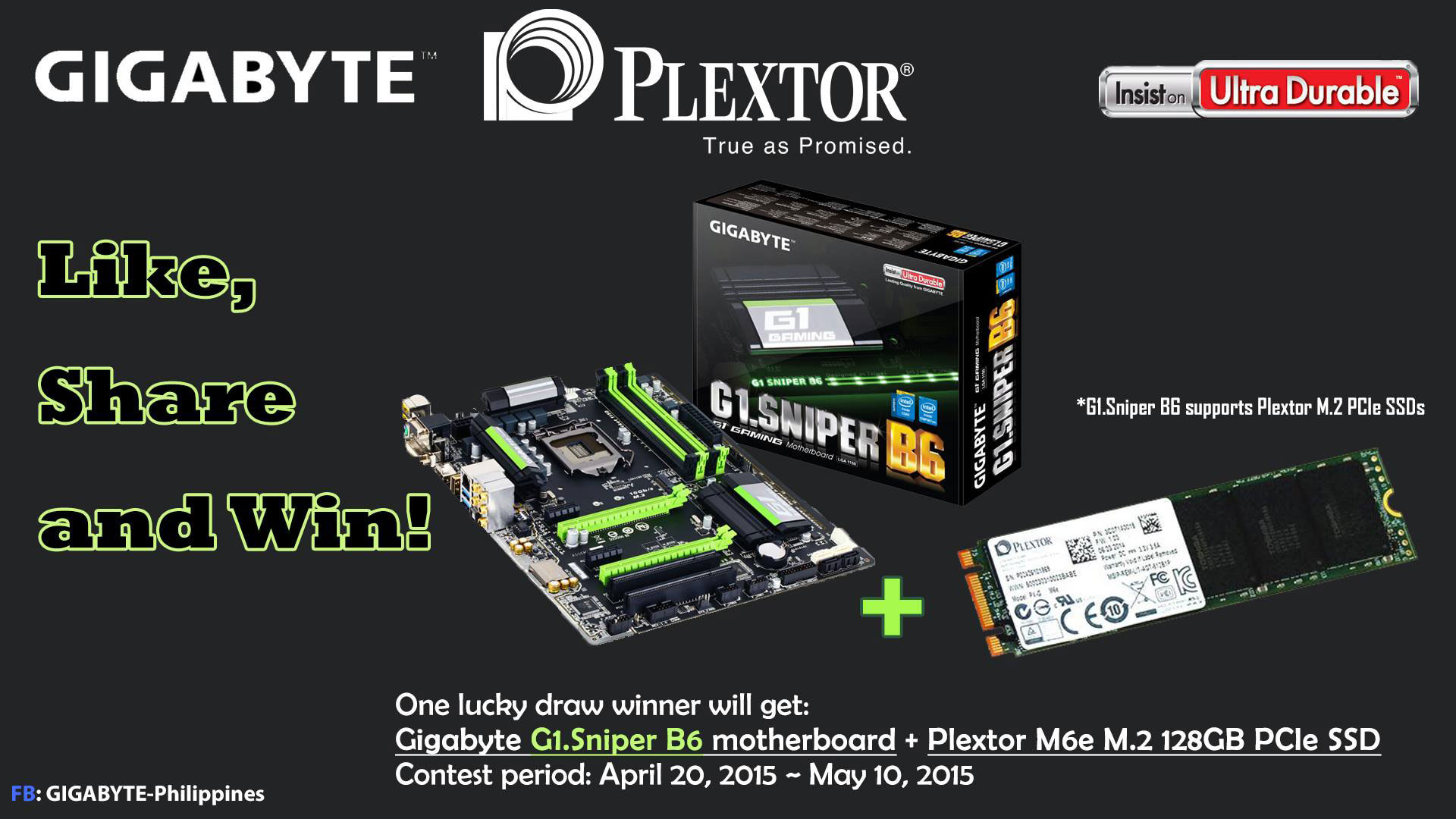 Giveaway Alert: Gear Up Your Gaming With Plextor and Gigabyte

Plextor and Gigabyte are teaming up to give away some performance gaming components to their Philippine fans. A Gigabyte G1.Sniper B6 motherboard and a Plextor M6e M.2 128GB PCIe SSD are up for grabs in this epic giveaway.

Those who wish to join the promotion just need to do a few things to seal their chance to win the duo of components from Gigabyte and Plextor. Gamers only need to Like the local Facebook pages of both companies and publicly share the giveaway post from the Gigabyte-Philippines page as well as tag both companies in the shared post.

We’ve listed down the mechanics below for your reference so join now:

“Gear Up Your Gaming with Plextor and Gigabyte” Giveaway Mechanics:

Gigabyte Philippines will draw (1) one lucky winner to get:

The winner of the giveaway will be announced on May 11, 2015, on the Gigabyte-Philippines Facebook page. There’s still more than two weeks to join the promotion so join now!