Left Alive, the Front Missions spin-off from Square Enix, is officially releasing for both the PlayStation 4 and PC via Steam on March 5, 2019, according to an announcement by the publisher. Square Enix also released a release date announcement trailer as well as a new “State of the World” trailer which gives us a better look at what the game is all about.

Those who pre-order Left Alive and/or purchase its Day One Edition will receive the “Survival Pack” DLC which includes several bonus in-game items such as the Ammo Pack, Light Body Armor, Recovery Pack, Kyluch Weapon, and Grenade Pack. 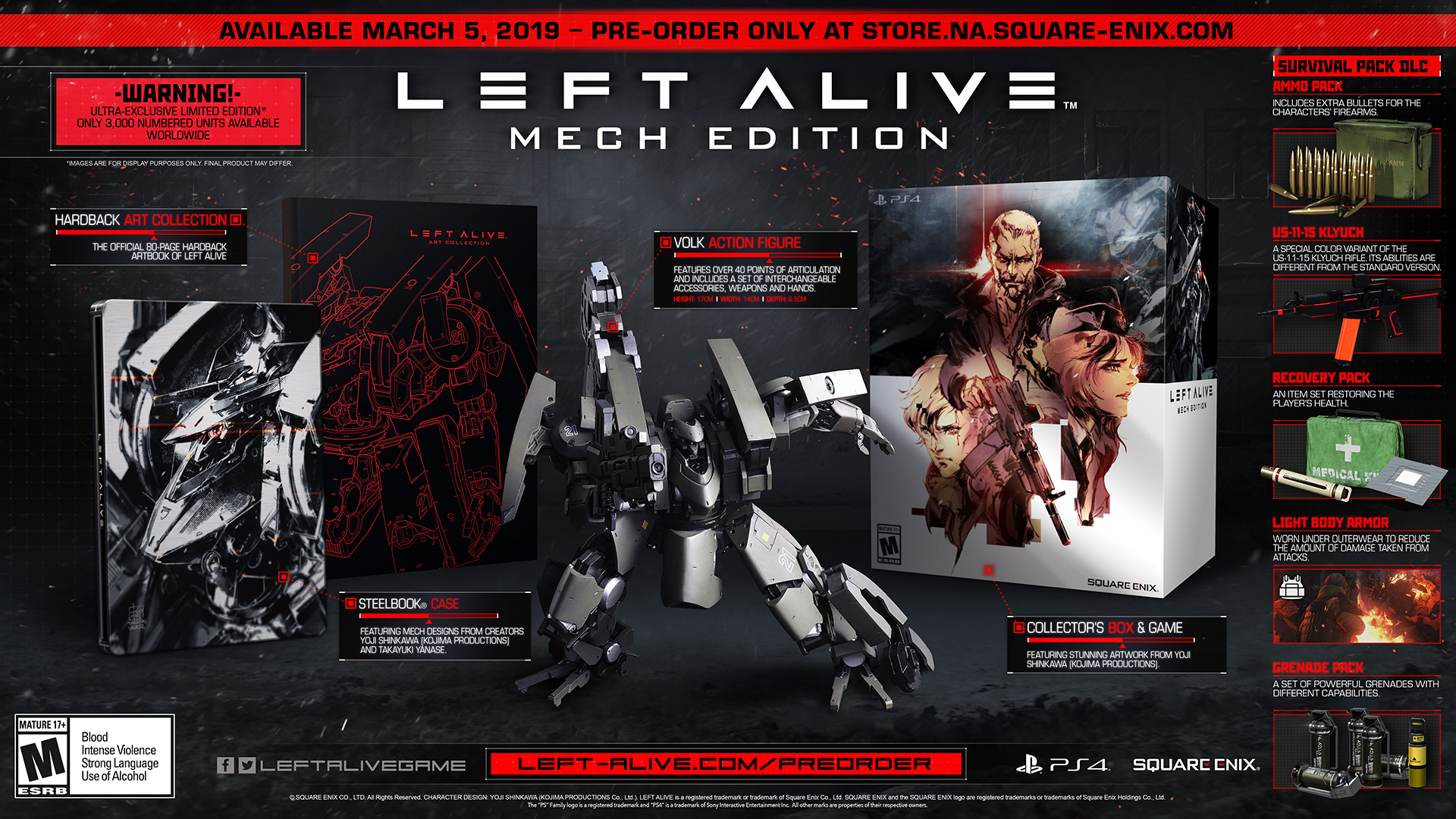 Square Enix also announced the limited Mech Edition bundle of the game which includes several physical and digital bonuses including the Day One Edition of the game, a Volk Action Figure, an 80-page art book, and a steelbook case. Here are the full details on the items included with the Mech Edition:

Left Alive is scheduled for release on March 5, 2019, for the PlayStation 4 and PC. You can check out the release date announcement trailer above and the new “State of the World” trailer below: