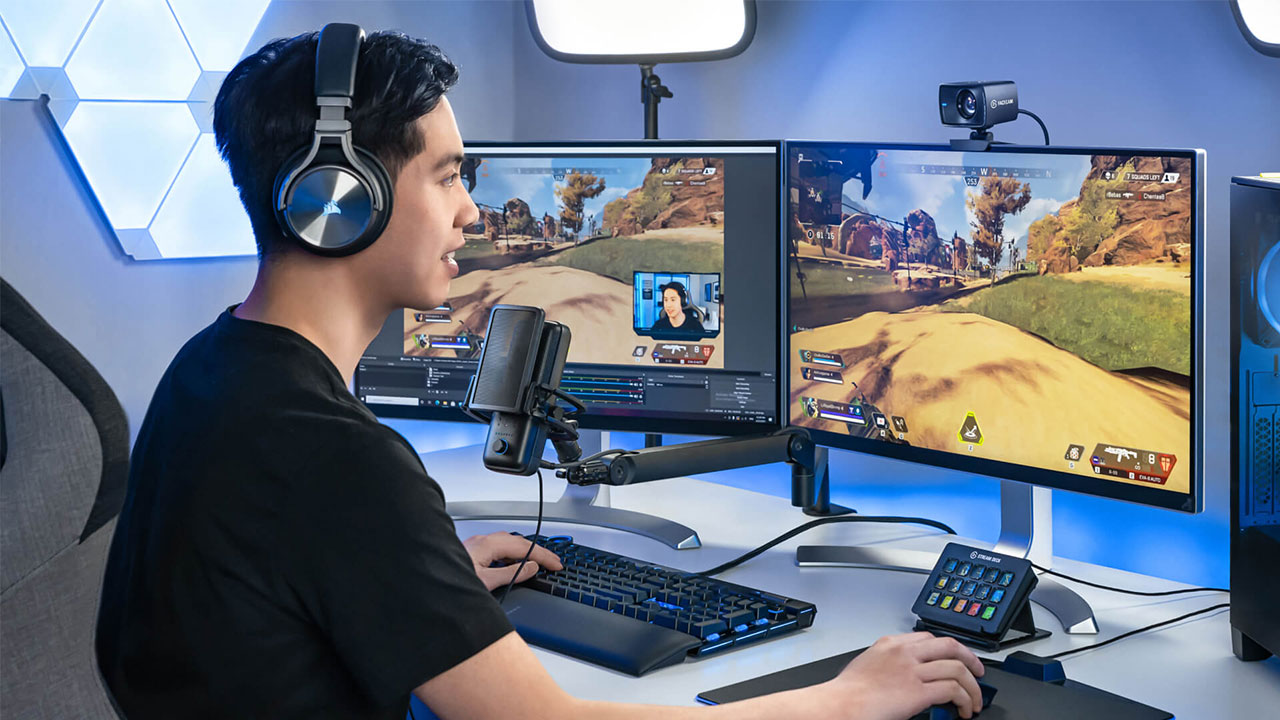 “With Elgato’s history of innovation in every aspect of content creation, we knew that our first webcam had to set a new standard in the industry,” said Julian Fest, SVP and GM of Elgato. “Facecam is the culmination of thousands of hours of meticulous engineering, and it comes at a time when more people than ever are looking to build a highly professional setup that can help establish and grow their audiences. Facecam is a blend of premium hardware and advanced software that gives users an intuitive, powerful solution to achieve stunning video quality. Manually tuning a camera to capture the perfect shot has never been easier.”

At the forefront of the new line of products is the new Facecam premium webcam, which is equipped with an f/2.4 24mm all-glass Elgato Prime lens which is backed by a Sony Starvis CMOS sensor, and is capable of shooting at 1080p60. It also features an optimized fixed focus that enables the webcam to keep the user in focus as well as an adjustable field of view up to 82-degrees, allowing for both close-up or wide angle shorts. The Facecam also outputs uncompressed YUV, allowing for faster latency and quality. 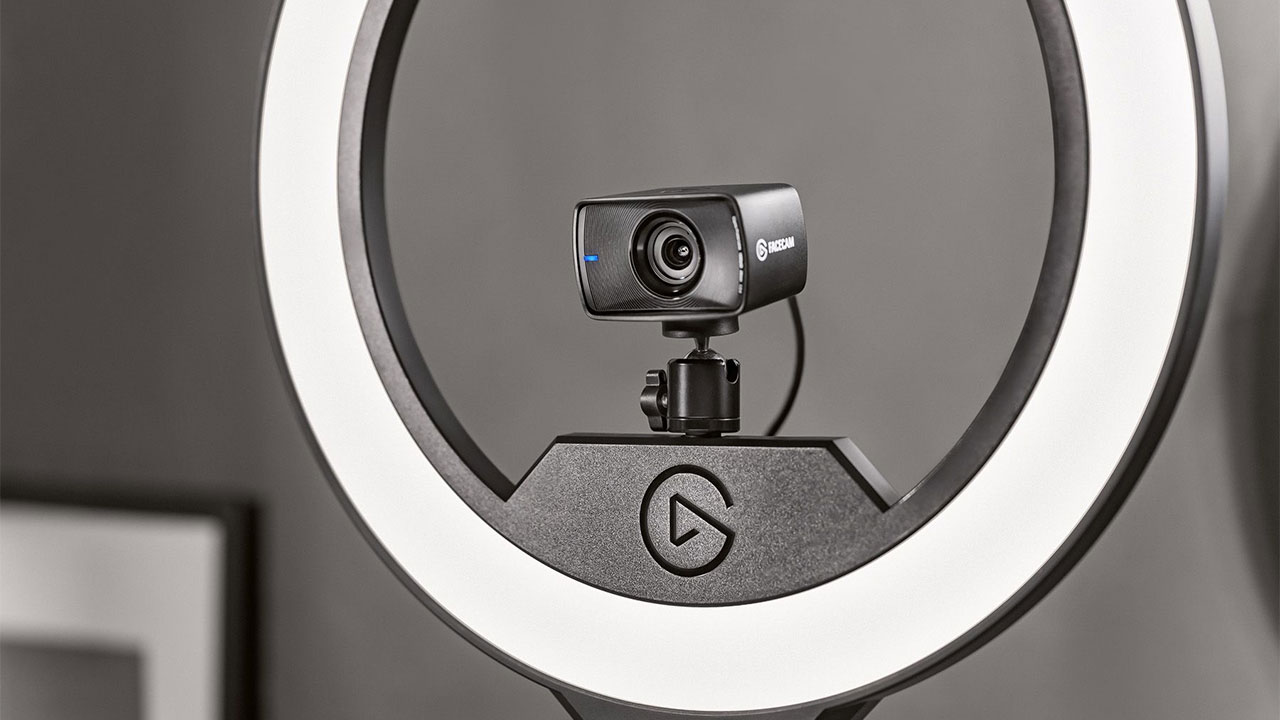 The Facecam comes with an expandable monitor clamp as well as 1/4-inch threaded hole for multiple mounting options, a detachable USB Type-C cable, and is compatible with Elgato’s Camera Hub app which gives users control over the webcam’s field of view, brightness, and exposure.

Alongside the Facecam, Elgato also launched the new Wave XLR microphone interface and digital audio mixer. The new device integrates with the company’s Wave Link app, allowing the user to connect and control their existing XLR microphone with their PC as well as mix its audio with other audio sources. The Wave XLR also features a silent capacitive mute button and multifunctional control dial for easy control of the connected XLR microphone, proprietary Clipguard technology to prevent sound distortion when peaking, up to 75dB of ultra-low-noise gain for low-sensitivity mics, and up to 48 volts of phantom power for driving condenser microphones. 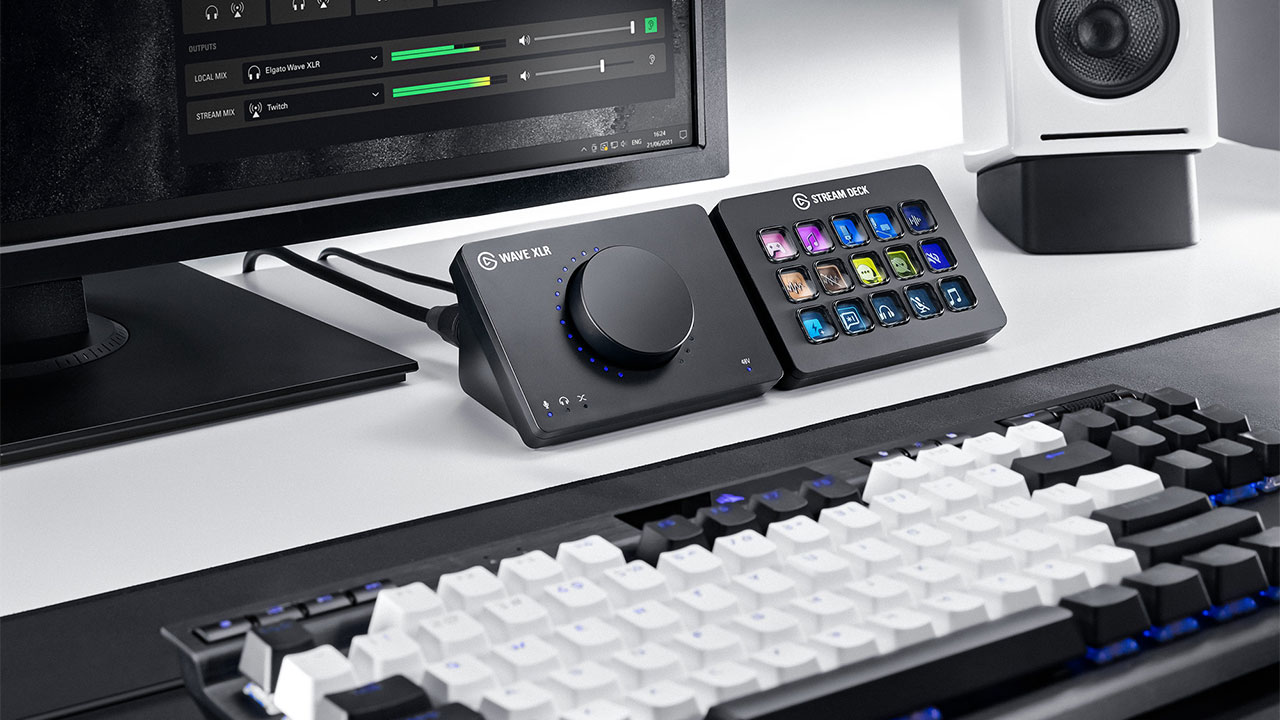 The new Wave Mic Arm and Wave Mic Arm LP are two new distinctly different boom mic arms, with the former featuring a traditional suspension arm design while the latter is an all-metal, low-profile boom that sits closer to the desk. The standard Wave Mic Arm measures 750mm/29.5-inches in height and comes with an extension riser that lifts it another 150mm/5.9-inches, allowing to reach over monitors, speakers, and other devices. Both mic arms feature hidden cable channels with removable covers, an adjustable clamp mount, and a ball head with a 1/4-inch screw plus 3/8″-5/8″ adapters for compatibility with a wider range of devices. 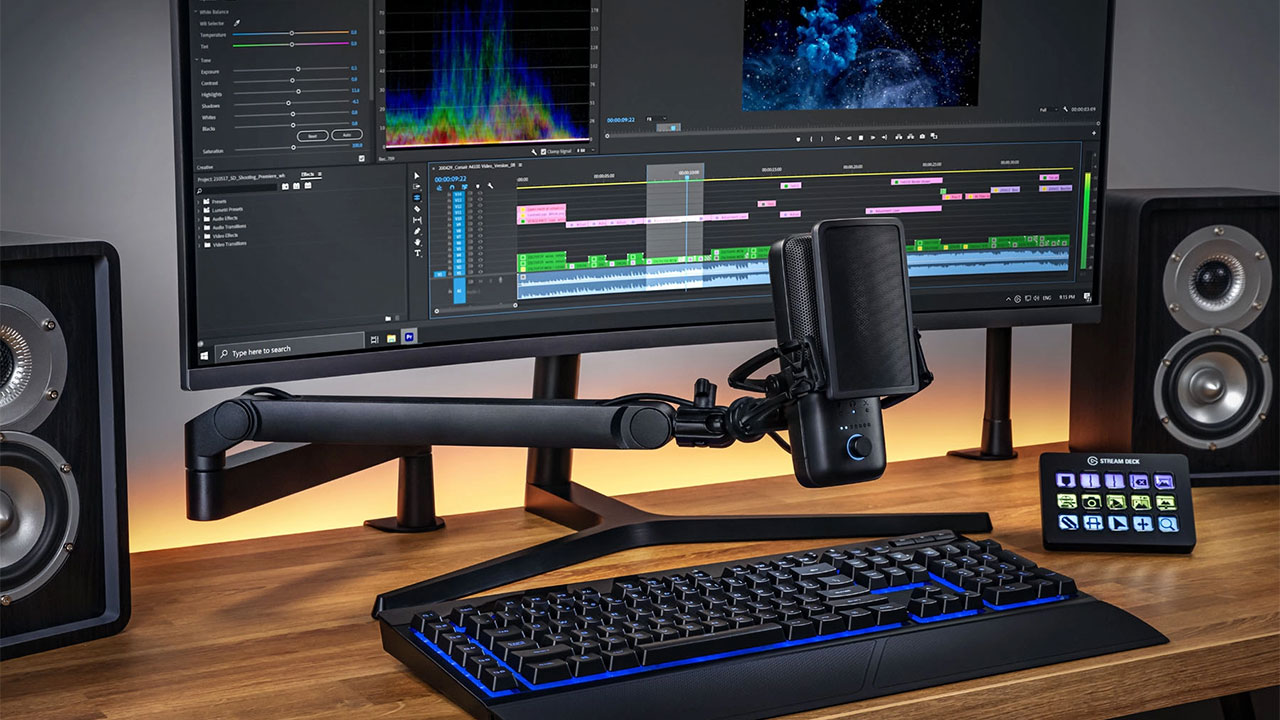 The lineup of Elgato streaming gear is now available through the company’s network of retailers. Here are the SPRs of the new set of products: