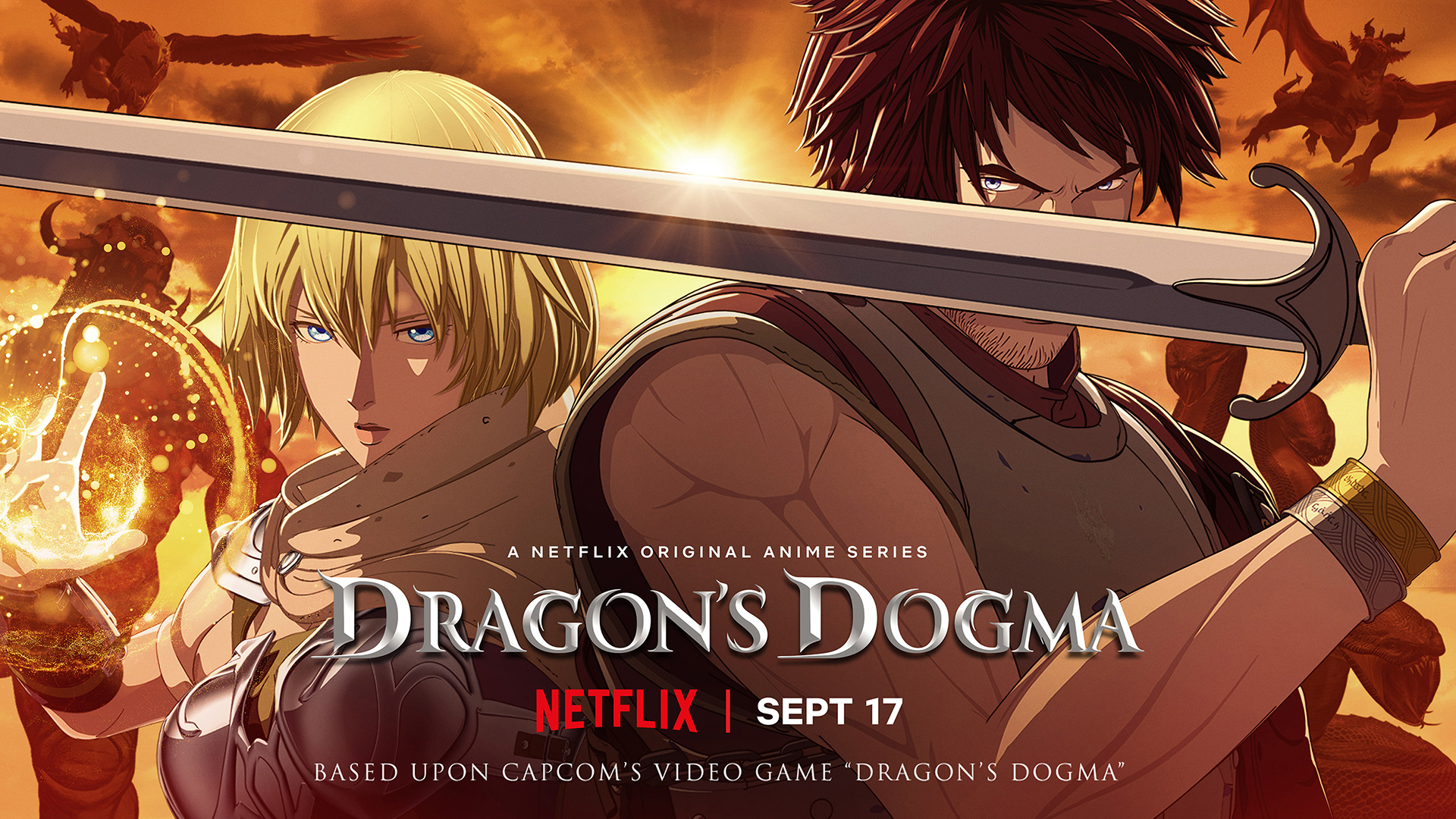 A trailer for the upcoming Dragon’s Dogma anime series on Netflix has been released. The new series, based on the hit open world action game from Capcom, is set to premiere on September 17, 2020.

The trailer for the new seven-episode anime series gives us a glimpse of the shows plot, characters, and  action. According to a press release from Capcom, series protagonist Ethan and his companion Hannah must battle demons that represent the seven deadly sins on their journey for revenge against the dragon that destroyed Ethan’s home.

Here’s a description of the series from the press release:

“With dark clouds heralding his arrival, a dragon flies through the sky, burning a town to the ground as the protagonist Ethan, the Arisen, looks on in despair after losing everything. Along with his pawn Hannah, who mercilessly pierces her opponents with arrows, the Arisen battles the evil monsters that appear one after another. His expression gradually begins to change, foretelling the “fate” that awaits him at the end of his journey. This must-watch video brings to life a dragon beating its wings, dancing flames, and the chaos of battle all before the viewer’s eyes!”

The plot of the anime is vaguely similar to the game but features some original story elements. The series is the being produced by Sublimation, which looks like a brand new studio with the Dragon’s Dogma anime being its maiden production. The Dragon’s Dogma video game was initially released back in 2012 for the PlayStation 3 and Xbox 360. An enhanced version has since been released for the PS3, Xbox 360, PC, PS4, Xbox One, and Nintendo Switch.
The Dragon’s Dogma Netflix anime series is scheduled to premiere on September 17, 2020.
Dragon's DogmaNetflix