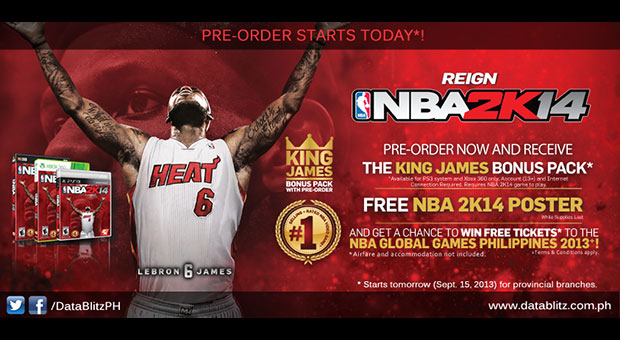 Those who pre-order NBA 2k14 will receive the King James Bonus Pack, an NBA 2K14 poster, and a chance to win tickets to the NBA Global Games Philippines 2013.

Interested parties can pre-order their copy at their preferred Datablitz branch for a down payment of Php500.00.

The game is set for release on October 4, 2013 and hopefully this time around X-Play won’t illegally harass Datablitz like they did last year.