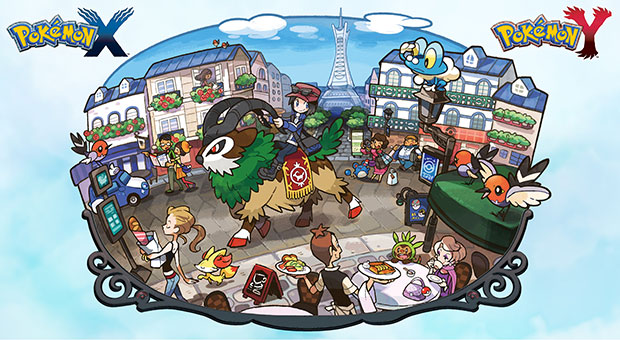 Pokemon X and Y, the first set of a new generation of Pokemon games, are now available for pre-order for the Nintendo 3DS at Datablitz. The first Pokemon game completely rendered in polygonal 3D graphics, Pokemon X and Y takes trainers on a new adventure on the French-inspired Kalos Region.

New to the series is the ability to customize the Pokemon trainer’s appearance including gender, skin tone, outfits, and accessories. New starter and legendary Pokemon are also introduced in the new games. Other new features also include Mega Evolution, Sky Battles, Horde Encounters, and more.

Pre-ordering from Datablitz requires a pre-order down payment of Php500.00 but those who pre-order will receive a Pokemon Battle Disc Game Superpack for free when the game comes out. The game’s estimated SRP, according to Datablitz, is Php1,600.00 – Php1,800.00 but could be lower or higher than the estimates.