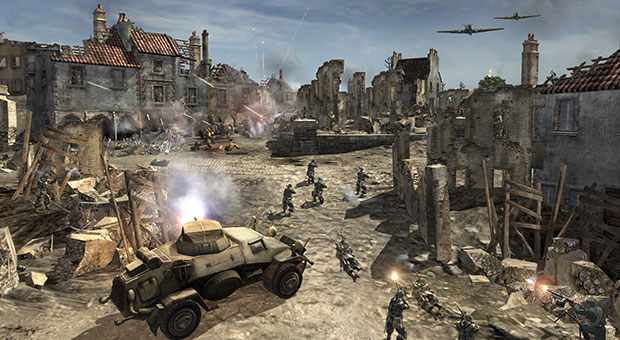 The Open Beta for Relic Entertainment’s Company of Heroes 2 starts today and will end on June 18. The beta can be downloaded and played through Steam and all levels and progression earned during the Open Beta may be transferred to the full retail game if the player purchases and plays the full game on the same account within 60 days from the game’s launch.

“We’ve added new match-making servers, implemented a significant amount of Closed Beta feedback and fixed more bugs, compatibility and performance issues than I can count. The team will continue to read comments and feedback in our official forums and participate in regular playtests with the community. We’ll be patching the beta frequently and getting into a good rhythm for our post launch support cycle. Please keep the comments and suggestions coming – we do care and are listening!” said Greg Wilson, the game’s producer.

Company of Heroes 2 is being published by Sega will be released on June 25.