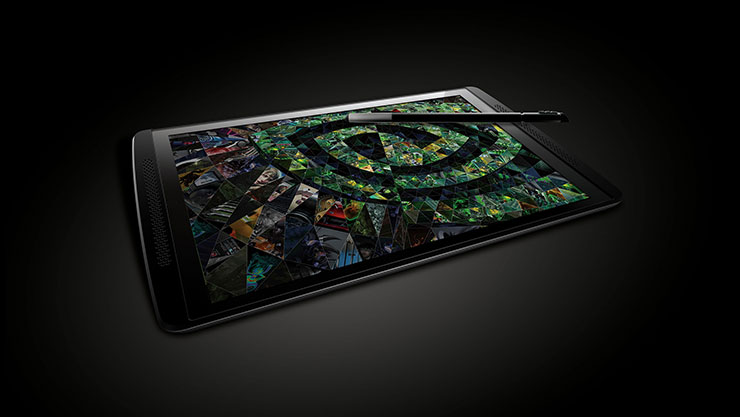 Cherry Mobile and Nvidia has teamed up to bring the Tegra Note 7, hailed by Nvidia as the fastest 7-inch Android tablet in the world, into the hands of games and artists in the Philippines at an amazingly competitive price.

The Cherry Mobile Tegra Note 7 is powered by an Nvidia Tegra 4 mobile SoC (system-on-a-chip) which features a 72-core GeForce GPU and a 1.8GHz quad-core Cortex-A15 CPU with an extra fifth core for improved battery life. The tablet also features a 7-inch HD IPS display with a screen resolution  1280 x 800 pixels, 1GB of RAM, and 16GB of internal storage with support for microSD’s up to 32GB.

The exterior of the Tegra Note 7 features a 5-megapixel rear camera, a VGA-resolution front-facing camera, front-facing stereo speakers with a bass-reflex port, a USB port, and a micro HDMI-out port. Connectivity-wise, the Tegra Note 7 supports WiFi and Bluetooth. Additionally there is also an LTE variant of the tablet.

The Tegra Note 7 runs on Google’s Android 4.4 KitKat operating system and includes a few exclusive Nvidia features such as DirectStylus for the included chisel tip stylus, Nvidia Chimera which gives the tablet’s rear camera persistent HDR, Nvidia PureAudio which improves the device’s audio, and the Nvidia TegraZone which gives users easy access to Tegra-optimized apps and games as well as the ability to play their Tegra Note 7 games on a big-screen TV via the micro HDMI-out port. 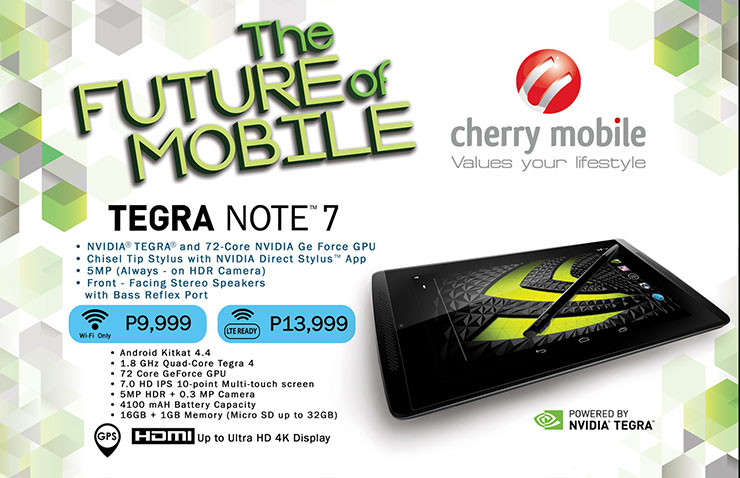