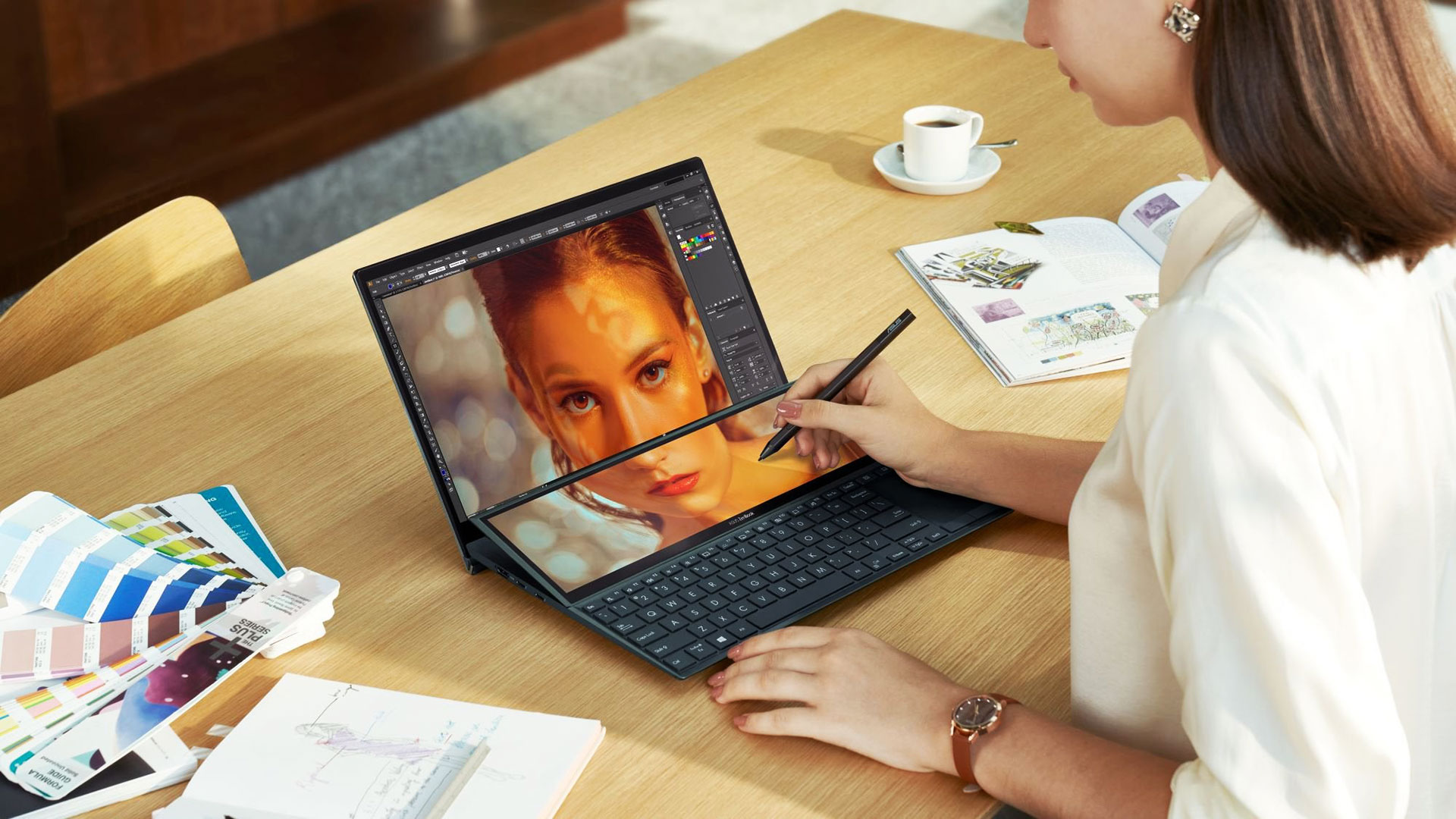 ASUS has announced its new line of ZenBook laptops at CES 2021. The new series is led by the new ASUS ZenBook Pro Duo 15 OLED (UX582) and the ZenBook Duo 14 (UX482) laptops, both of which feature the company’s new auto-tilting ScreenPad Plus secondary touch display. 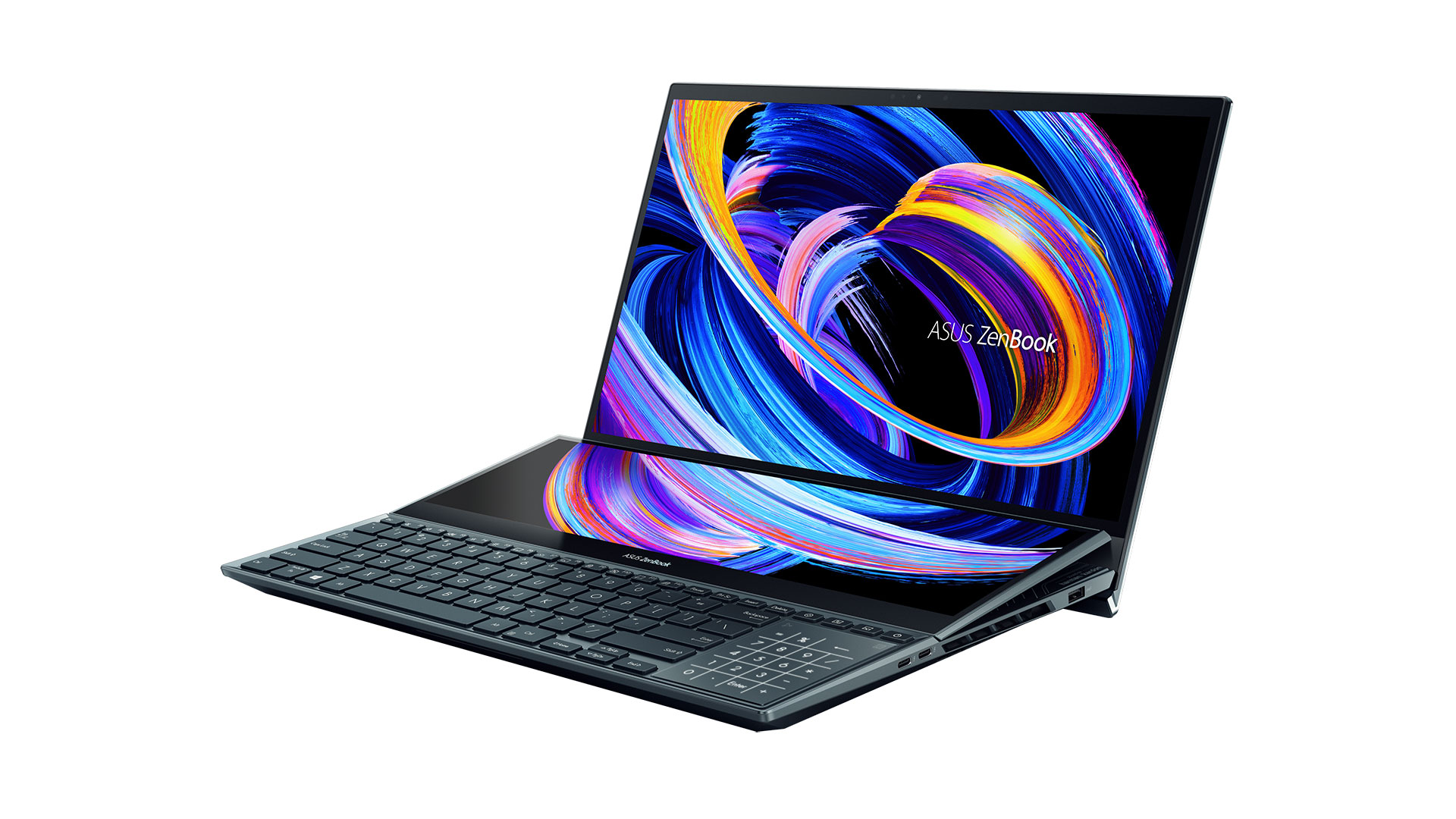 The new ZenBook Pro Duo 15 OLED (UX582) is the latest iteration of the company’s dual-screen laptop, which will now be powered by a 10th generation Intel Core i9-10980HK processor coupled with an NVIDIA GeForce RTX 3070 GPU. The main display of the ZenBook Pro Duo 15 OLED is a 15.6-inch 4K UHD (3840 x 2160) OLED display that is Pantone Validated and has a 97% DCI-P3 color gamut. As for its ScreenPad Plus secondary display, it uses a 14-inch 4K UHD panel with an improved brightness of 400 nits. The rest of the specifications of the new laptop also include up to 32GB of RAM, up to 1TB of M.2 NVMe PCIe 3.0 x4 SSD storage, and a 92WHrs 8-cell Li-ion battery. 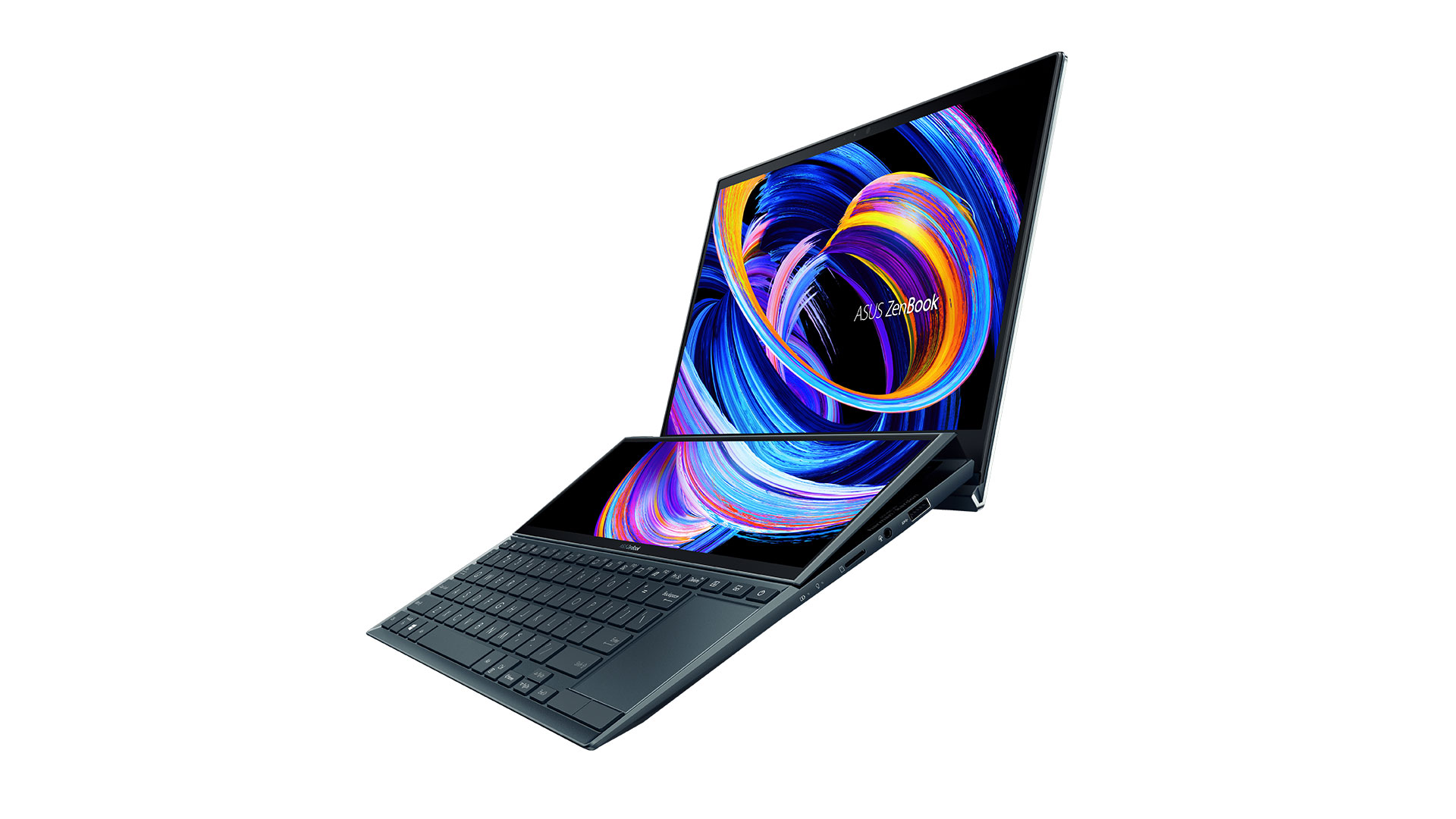 Along with the ZenBrook Pro Duo 15 OLED, ASUS also announced its new little brother, the ZenBook Duo 14 (UX482). Surprisingly, while the Pro Duo 15 OLED comes is equipped with a 10th generation Intel Core processor, the new ZenBook Duo 14 comes with Intel’s latest 11th generation Intel Core i7 CPU which can be paired with up to an NVIDIA GeForce MX450 GPU. Like its bigger brother though, the Duo 14 also now features a auto-tilting 12.6-inch 1080p ScreenPad Plus secondary touch display. The Duo 14 can also be equipped with up to 16GB of RAM and 1TB of M.2 NVMe PCIe 3.0 x4 SSD storage.

Both the ZenBook Pro Duo 15 OLED and Duo 14 come with a Duo Stand that allows the laptop to sit at an incline and allow for better viewing angles for both the main and secondary display of the laptops. Both laptops will also include a bundled ASUS Pen for use with the touch displays that support up to 4096 pressure levels. 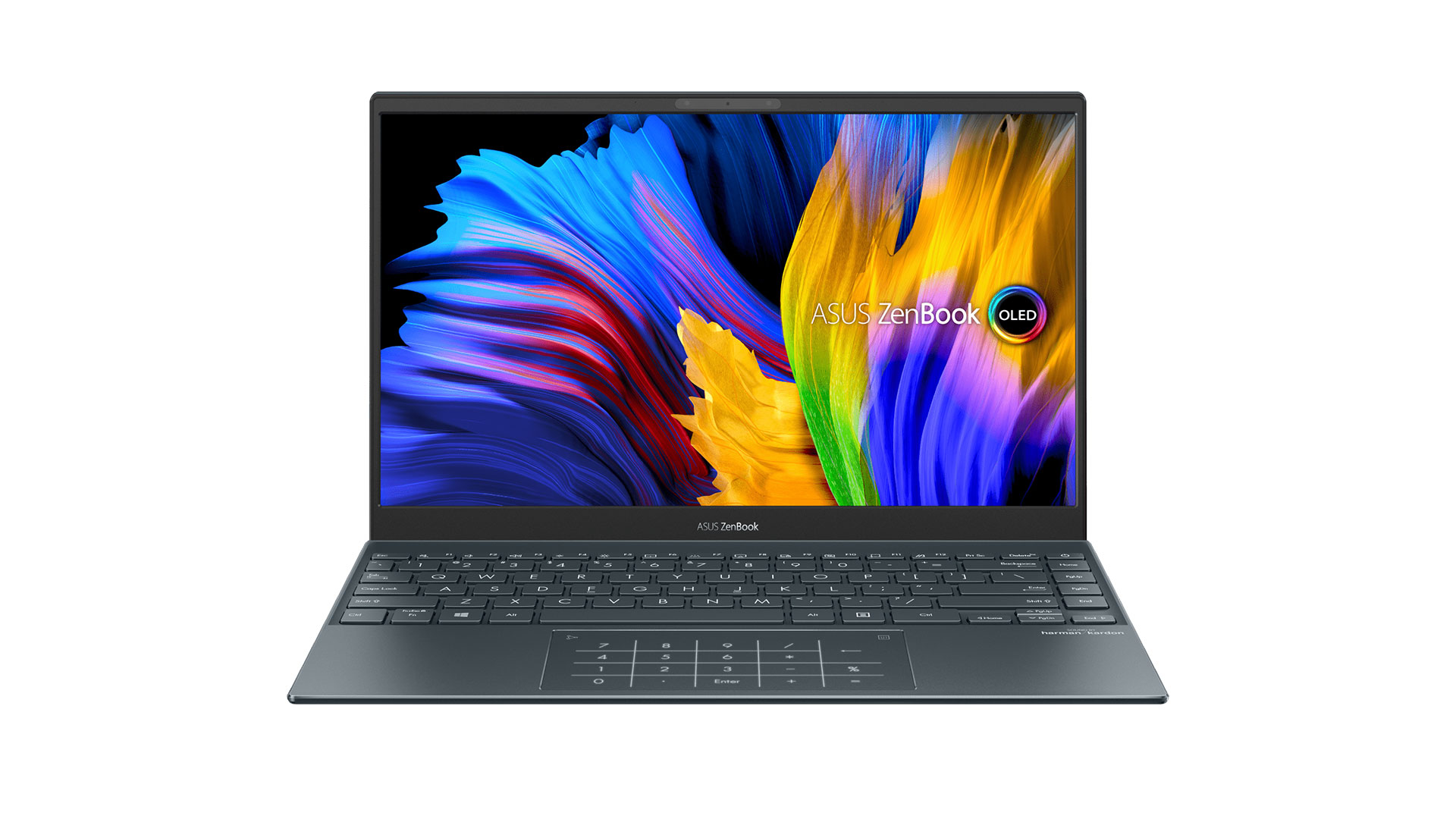 ASUS also announced new versions of its mainstream ZenBook laptops, including the ZenBook 13 OLED that now comes with a 13.3-inch Full HD (1920 x1080) OLED HDR NanoEdge display that’s Pantone Validated and has a 100% DCI-P3 color gamut. The new ZenBook 13 OLED also features an all-metal chassis measuring only 13.9 mm thin and weighing only 1.14kg. It also has a battery life of up to 13 hours. As for the ZenBook 14, it features a QHD (2560×1440) display, a chassis measuring only 14.3mm, and a 16-hour battery life.

ASUS has yet to announce the full features and specifications of each of the new models but are set to reveal them in the coming weeks, which may include models powered by AMD Ryzen 5000 U-series mobile processors as well as NVIDIA GeForce MX graphics.