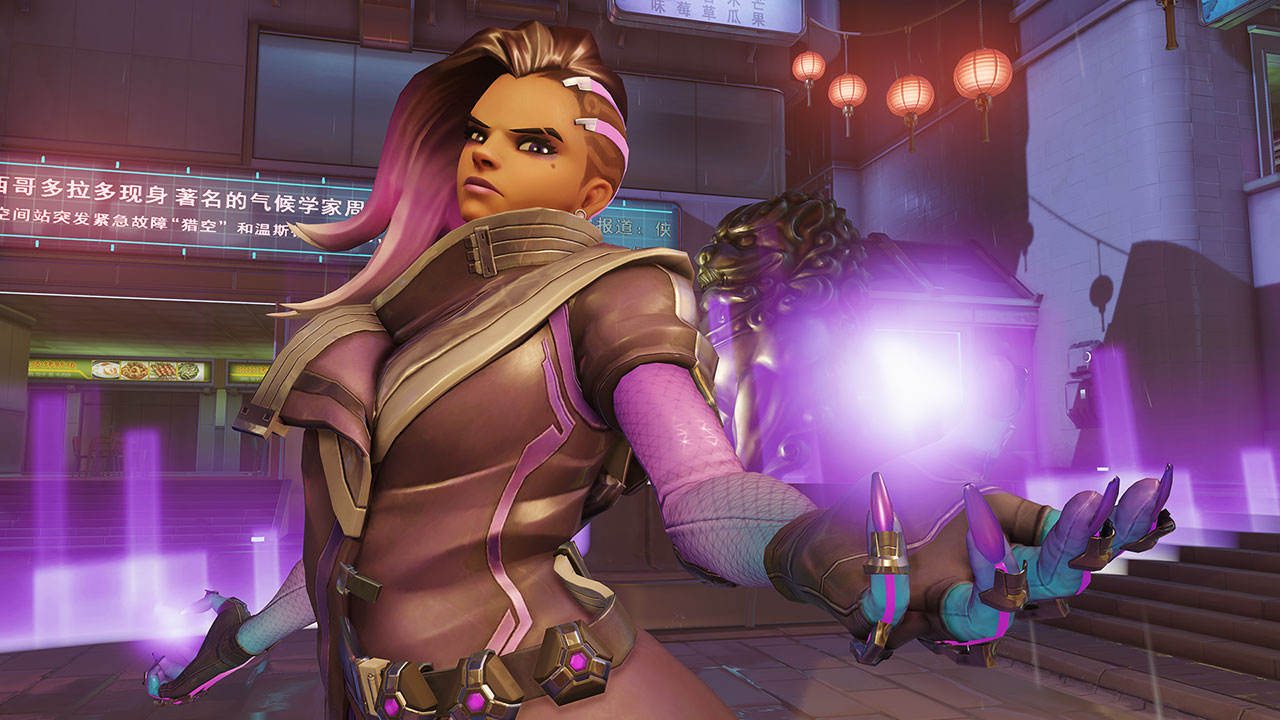 After months of clues, countdowns, leaks, and teasers, Blizzard has finally officially unveiled Sombra, the latest character for their massively popular competitive first-person shooter Overwatch, in a new animated short featuring not only Sombra but also fellow Talon members Reaper and Widowmaker.

First off, Sombra will take on the role of an Offense character alongside the likes of Genji, McCree, Soldier: 76, Pharah, Reaper, and Tracer. Her main weapon of choice is a fully-automatic Machine Pistol which fires in a short-range spread making her a more close to mid-range offensive character.

After her primary weapon, Sombra is equipped with four abilities she can use during combat. The first of which is called Hack, an ability that temporarily stops a single opponent from using their abilities. Hack can even possibly stop abilities that have already been activated just like Roadhog’s Ultimate. Hack can also affect First Aid kits to make them unusable by opponents.

Her second ability, and probably her most game-changing, is Thermoptic Camo allows her to become invisible for a short period of time. While invisible, Sombra’s movement speed is increased considerably enabling her to traverse areas quickly to take full advantage of her stealth. Attacking, using other abilities, or taking damage does cancel her invisibility so players will need to be careful to not get hit.

Her third ability, Translocator, is Sombra’s mobility skill. Sombra can toss out a single translocator beacon which she can then instantly return to as long as the beacon is still active. Sombra can even transport herself to her beacon while it is still in flight which opens up a lot of possibilities when it comes to usage.

Lastly, Sombra’s Ultimate ability is called EMP. When used, Sombra unleashes an explosion of electromagnetic energy in a wide radius which destroys enemy barriers and shields, disables turrets, and Hacks all the opponents caught in the blast. This ability will be a great tool to create openings and opportunities for her teammates to engage the enemy while there are disabled.

Sombra is now available on the Public Test Realm for players to try out. Blizzard has yet to announce when she will make her way to the live servers though but it would be safe to say that we’ll be seeing her in live play in the coming weeks.