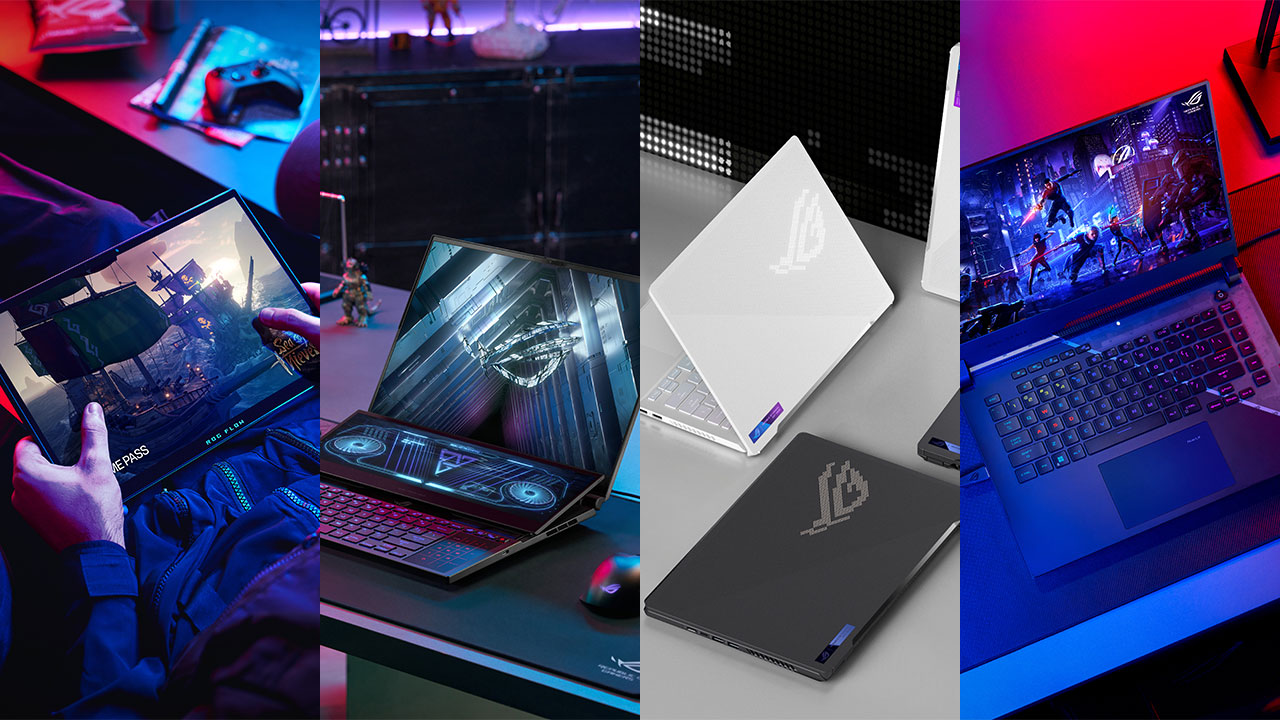 ASUS has unveiled its new lineup of ROG (Republic of Gamers) gaming laptops at CES 2022. The roster includes both updated, redesigned, and brand-new models across its ROG Flow, Zephyrus, and Strix product lines, equipped with the latest Intel and AMD CPUs as well as the GPUs from AMD and NVIDIA. 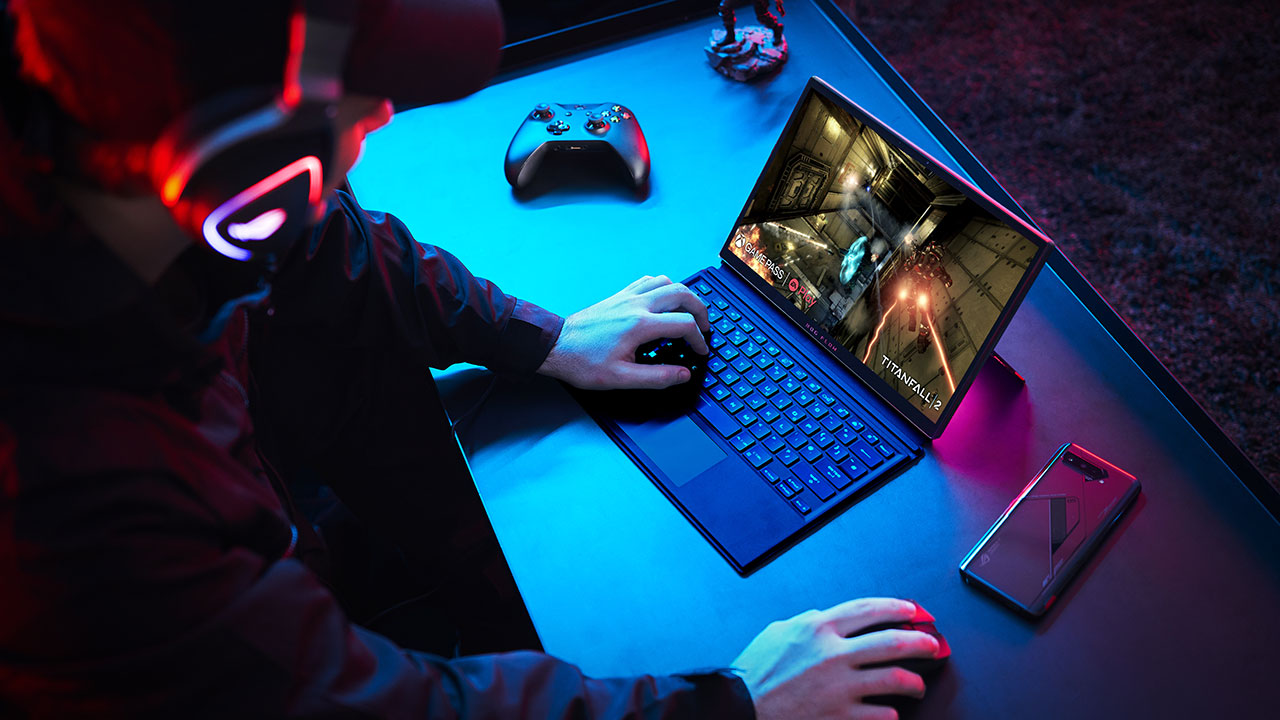 The first of the company’s brand-new products is the ROG Flow Z13, the company’s most powerful gaming tablet. The new device features a 13-inch 16:10 touch display with Adaptive Sync, 500 nits of peak brightness, Pantone validation, and Dolby Vision. It can be equipped with either a 4K 60Hz display with 85% DCI-P3 color coverage or a Full HD 120Hz panel with 100% sRGB coverage.

The chassis of the Flow Z13 features a retro-futurist design, a CNC-milled window on the rear allowing users to see the device’s mainboard, and a built-in kickstand that can be opened up to 170 degrees. 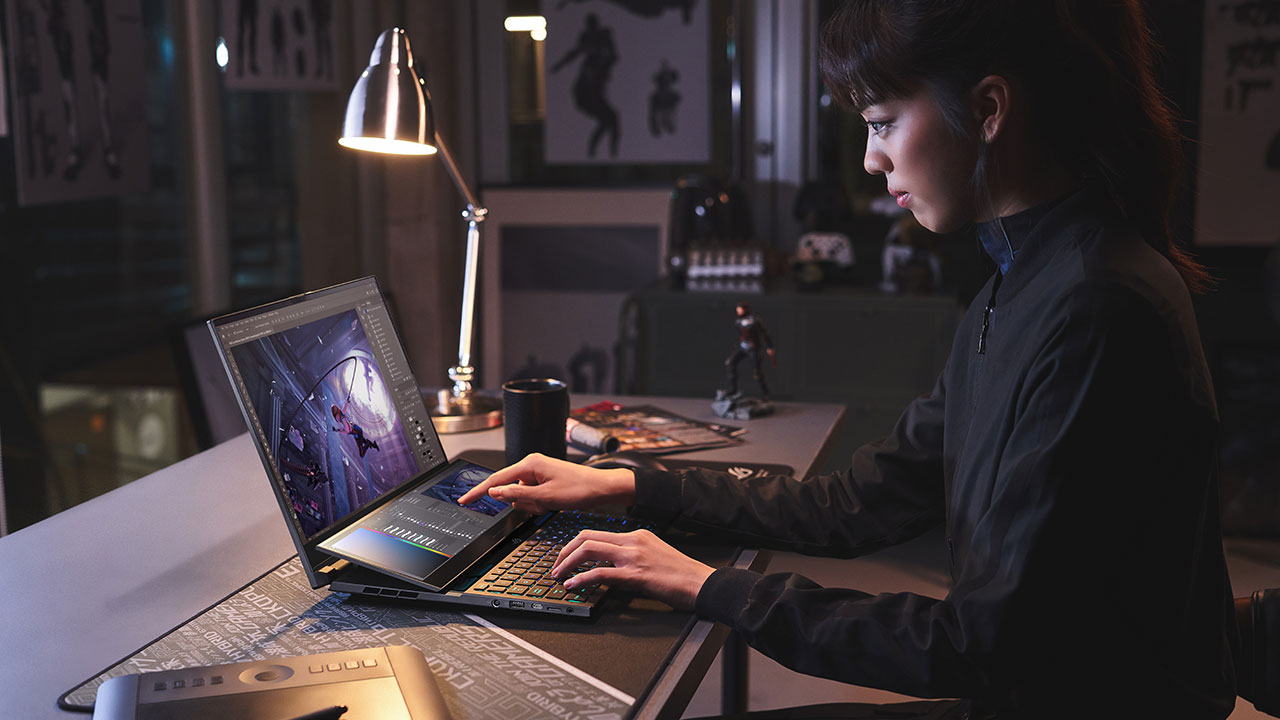 The new ROG Zephyrus Duo 16 is the latest iteration of the company’s dual-display gaming laptop. It now features a larger 16-inch main display that can come in either the company’s new QHD 16:10 ROG Nebula HDR display panel that features 512 mini LED dimming zones, a peak brightness of 1100 nits, a refresh rate of 165Hz, and VESA DisplayHDR 1000 certification, or the new ROG-exclusive Dual Spec panel that can switch between 4K 120Hz or Full HD 240Hz, letting users choose between better display quality for creative work or a faster refresh rate for gaming.

The signature ScreenPad Plus of the Zephyrus Duo 16 now features a 4-directional hinge that allows the display to not only rise up but also slide back to position itself closer to the main display. The secondary display also still accommodates the AAS Plus 2.0 air intake that utilizes the gap between the chassis and ScreenPad Plus for increased airflow. 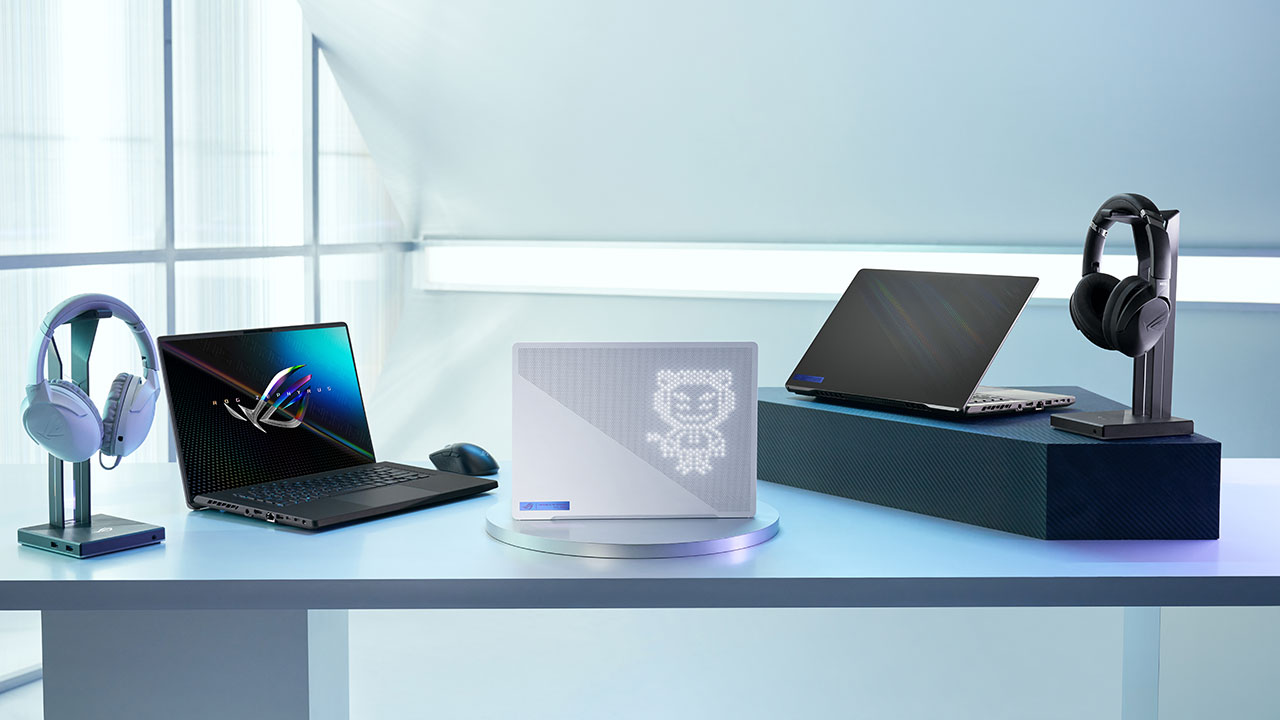 It also now comes with the aforementioned new ROG Nebula display, although the one on the G14 is a 14-inch 16:10 QHD panel with a peak brightness of 500 nits, and a 100% DCI-P3 color gamut. It also supports Dolby Vision, Adaptive Sync, and is Pantone validated.

The new ROG Zephyrus G14 specifically  can be equipped with up to an AMD Ryzen 6900HS processor coupled with up to an AMD Radeon RX 6800S series GPU along with a MUX switch as well. It also comes with up to 32GB of 4800MHz DDR5 RAM and up to 1TB of PCIe 4.0 SSD storage. Other features of the new G14 include Dolby Atmos technology, a 3D microphone array with two-way AI noise cancelling, and WiFi 6E, among others. 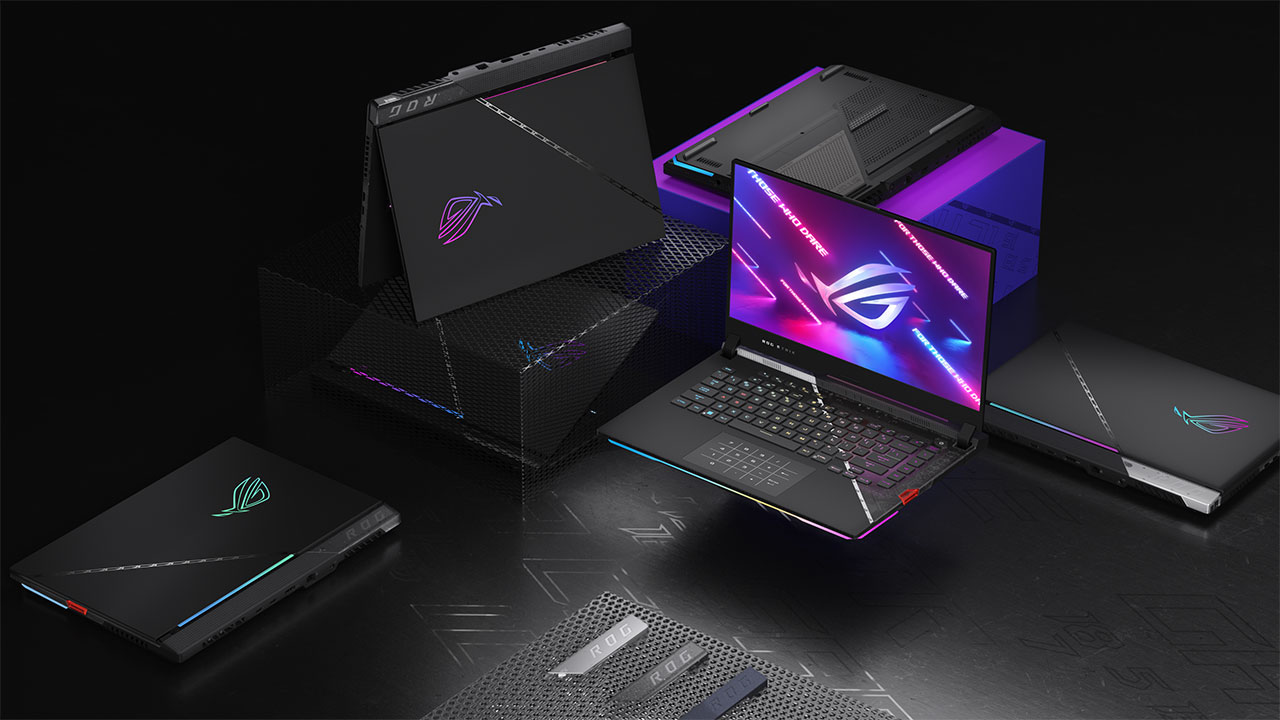 ASUS also announced a refreshed model of its ROG Strix GT15 gaming desktop PC, which will be available in several configurations with up to an Intel Core i7-12700KF, an NVIDIA GeForce RTX 3080, and 64GB of DDR-3200 RAM. The Strix GT15 still features a case with a built-in carrying handle and headphone hook as well as Aura Sync-powered accent lighting.

Lastly, the company unveiled its new Archer series of laptop bags, which include the Archer Messenger 14, Archer Backpack 15.6, Backpack 17, and Archer Weekender 17. The new bags feature lightweight, durable, and water-repellent materials while some include features such as modular compartments, dedicated tripod straps, additional padding, dedicated water- and stain-proof pockets, heat-insulating pockets, and more.