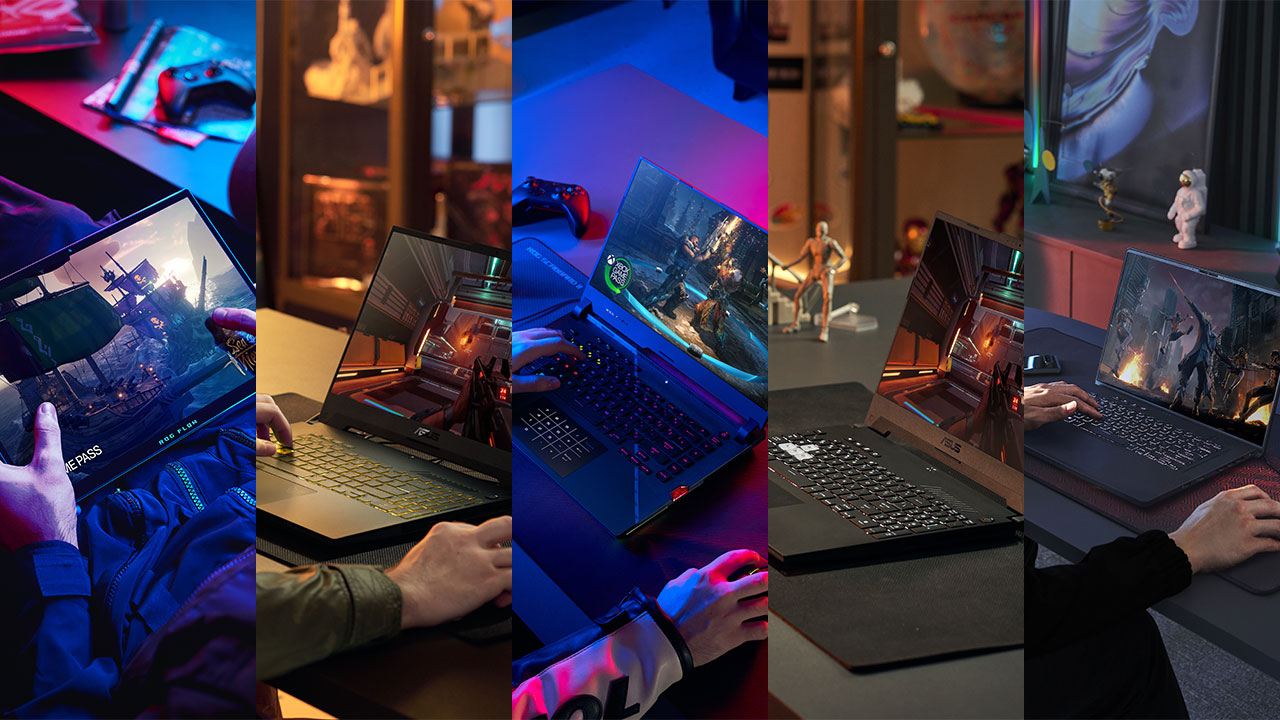 “This new lineup of ASUS ROG 12th Gen laptops gives gamers cutting-edge technology right at their fingertips,” said Dino Strkljevic, Client Lead, Intel Client Computing Group, APJ Territory. “With our 12th Gen Intel Core processors, we’ve brought the biggest shift in the x86 architecture in over a decade. The new Performance cores on our 12th generation processors are the highest performant core we’ve ever made, and the E-cores are designed to handle the heavy multi-tasking and background tasks, so that your game can run at its peak performance or your video render can finish in record time. Besides industry leading performance, we’re also bringing industry-first DDR5 memory compatibility, Thunderbolt 4 and Wi-Fi6e, making the 12th Gen Intel Core processors the best for gamers.” 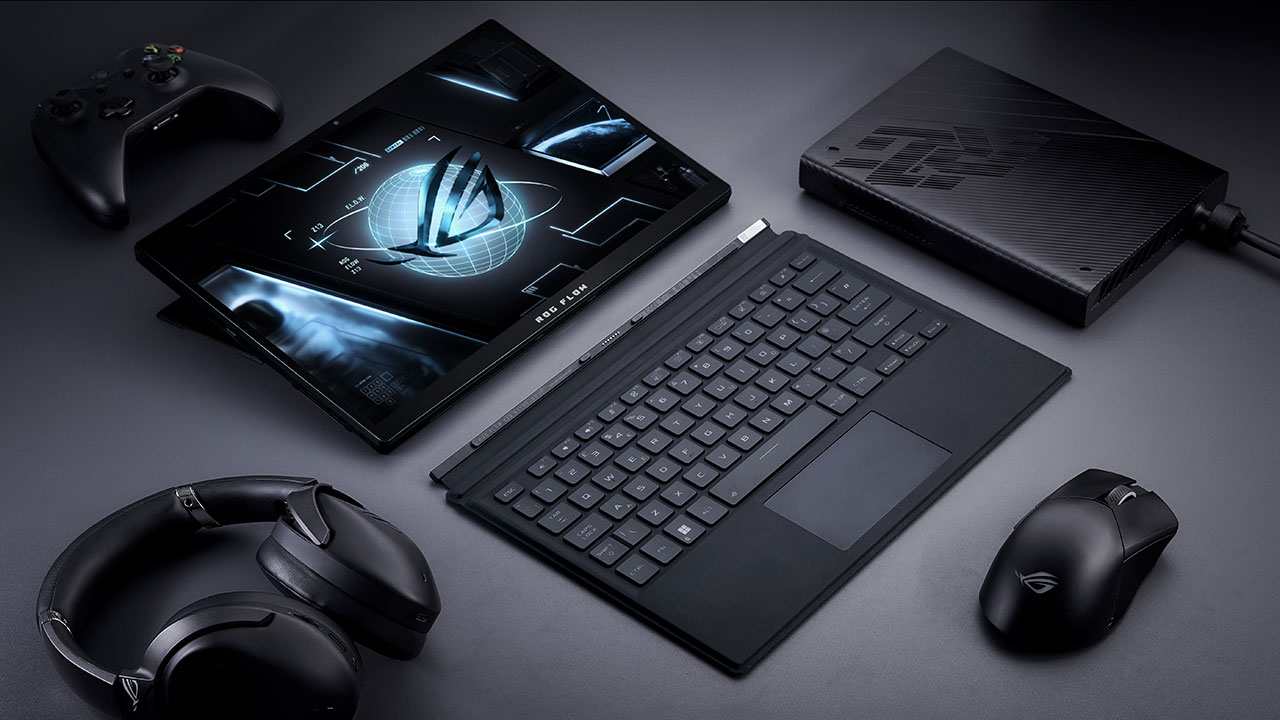 Headlining the new lineup of gaming laptops is the ROG Flow Z13, which combines the power of a laptop and the portability of a tablet. The Flow Z13 was originally unveiled at CES 2022 and features a light and slim tablet form factor, weighing only 1.1 kg and measuring only 12 mm thin, that’s coupled with a detachable RGB keyboard. It’s also equipped with a kickstand that can be opened up to 170-degrees, allowing for a wide range of positions.

The new device is also compatible with ASUS’s XG Mobile external GPU to not only give it more graphical power but also additional USB, DisplayPort, HDMI, and Ethernet ports.

The ROG Flow Z13 will be available in the Philippines in the following variants: 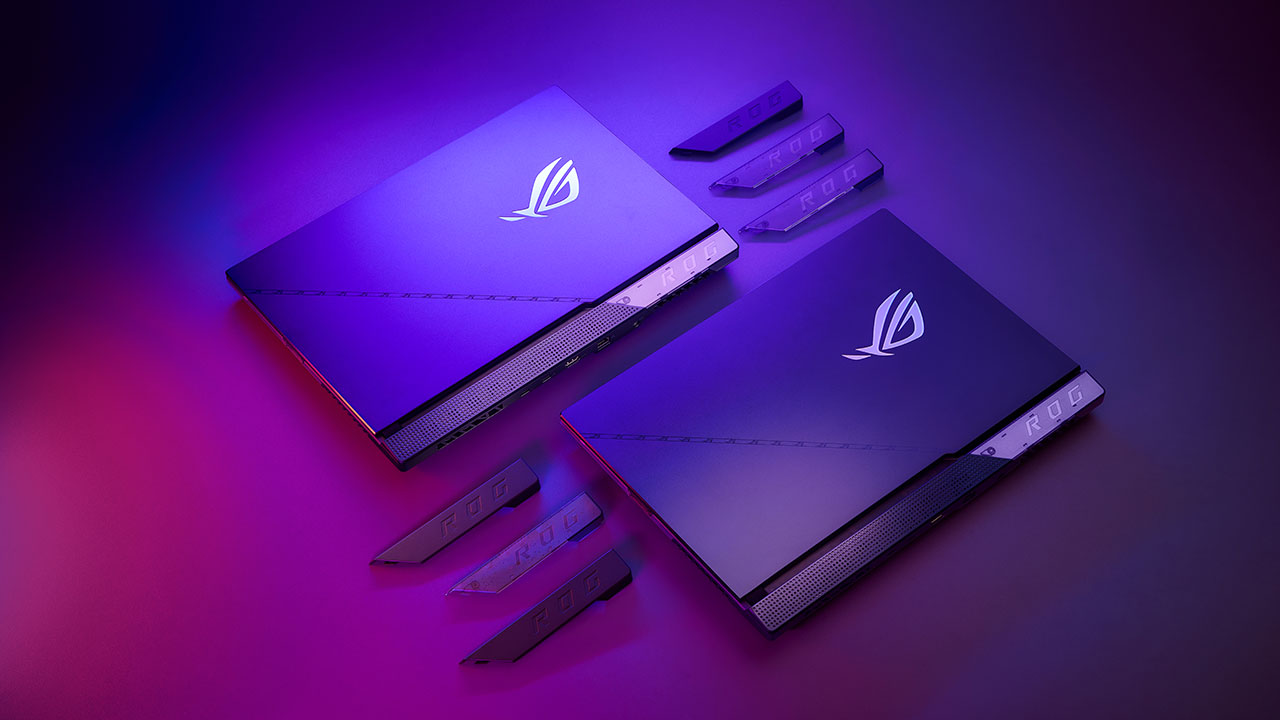 Next up in the new lineup are the ROG Strix SCAR 15 and SCAR 17. The latest iteration of the company’s SCAR gaming laptops are now powered by up to an Intel Core i9-12900H CPU that’s paired with up to an NVIDIA GeForce RTX 3080 Ti GPU (with a 150 W max TGP as well as a MUX Switch). The new laptops are also equipped with new DDR5 RAM that is clocked up to 4800MHz and PCIe Gen 4×4 SSD storage.

The ROG Strix Scar 15 and 17 are available in the following variants: 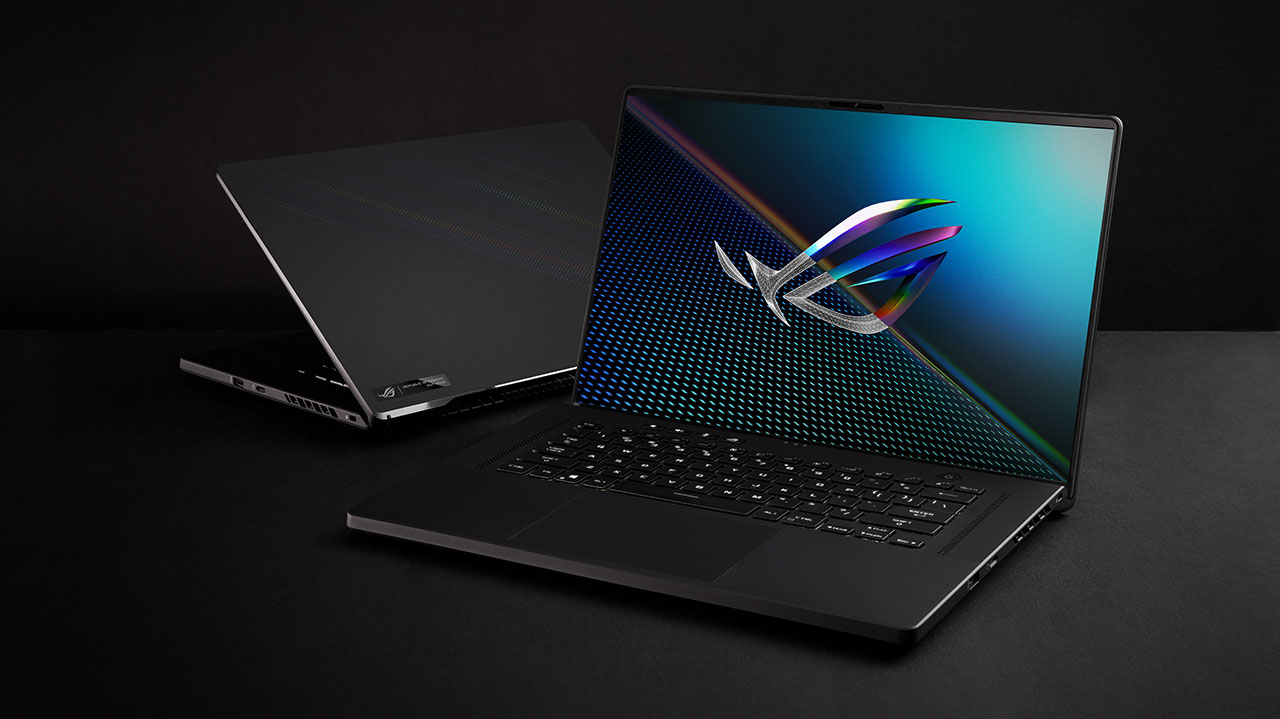 The new ROG Zephyrus M16 is one of the first of the company’s laptops to be equipped with the new ROG Nebula display, which features a 16:10 QHD (2560 x 1600) panel with a refresh rate of 165Hz, 5000 nits of peak brightness, 100% DCI-P3 color coverage, and a 3ms response time. The display of the Zephyrus M16 also features Dolby Vision, Adaptive Sync, and Pantone validation.

The ROG Zephyrus M16 is available in the Philippines in the following variants: 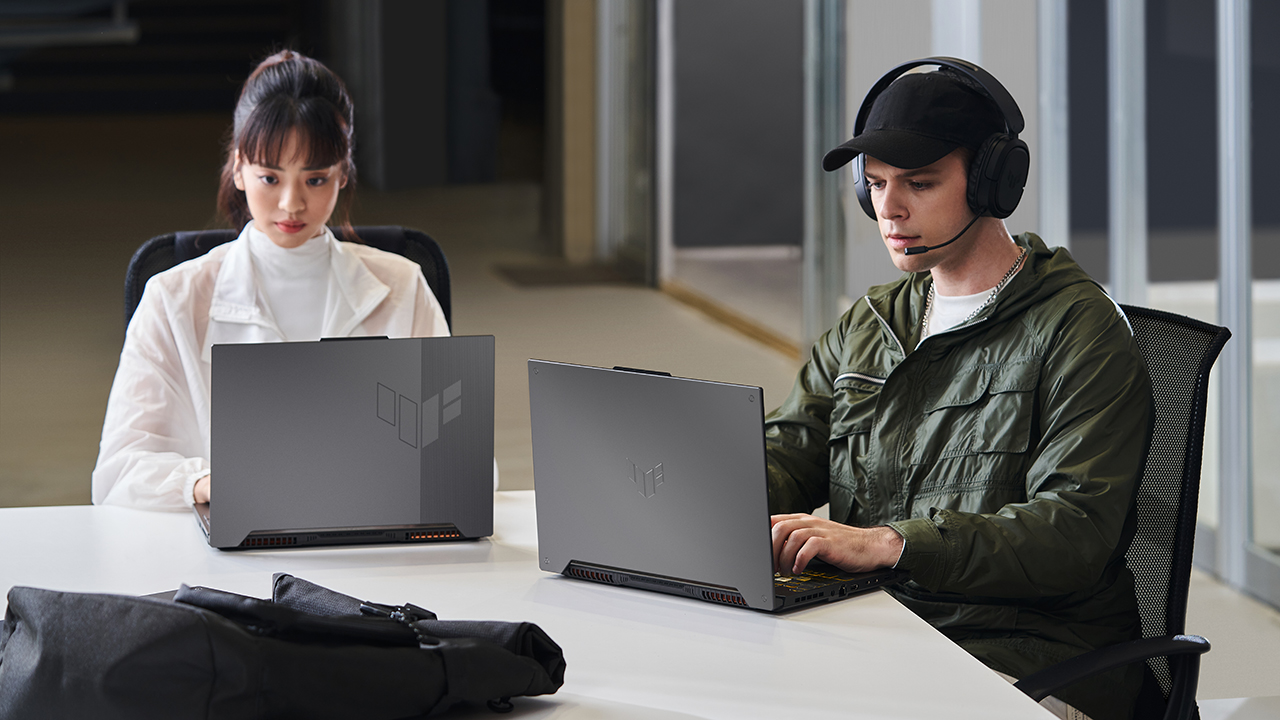 As for the company’s new gaming laptops under its TUF Gaming brand, the new F15 and F17 feature new mecha-inspired designs. They come in either Jaeger Gray and Mecha Gray design options and still feature MIL-STD-810H specifications, enabling them to withstand intense heat, cold, humidity, and vibration.

The new TUF Gaming F15 and F17 are now powered by a 12th Generation Intel Core i7-12700H processor, NVIDIA GeForce RTX 3060 laptop GPU (with up to a 140-watt max TGP and a MUX switch), and 16GB of 4800MHz DDR5 RAM. The new laptops are also equipped with up to a Full HD 300Hz Adaptive Sync display, a 90WHr battery with fast-charging technology, and more.

The TUF Gaming F15 and F17 are available in the Philippines in the following variants: 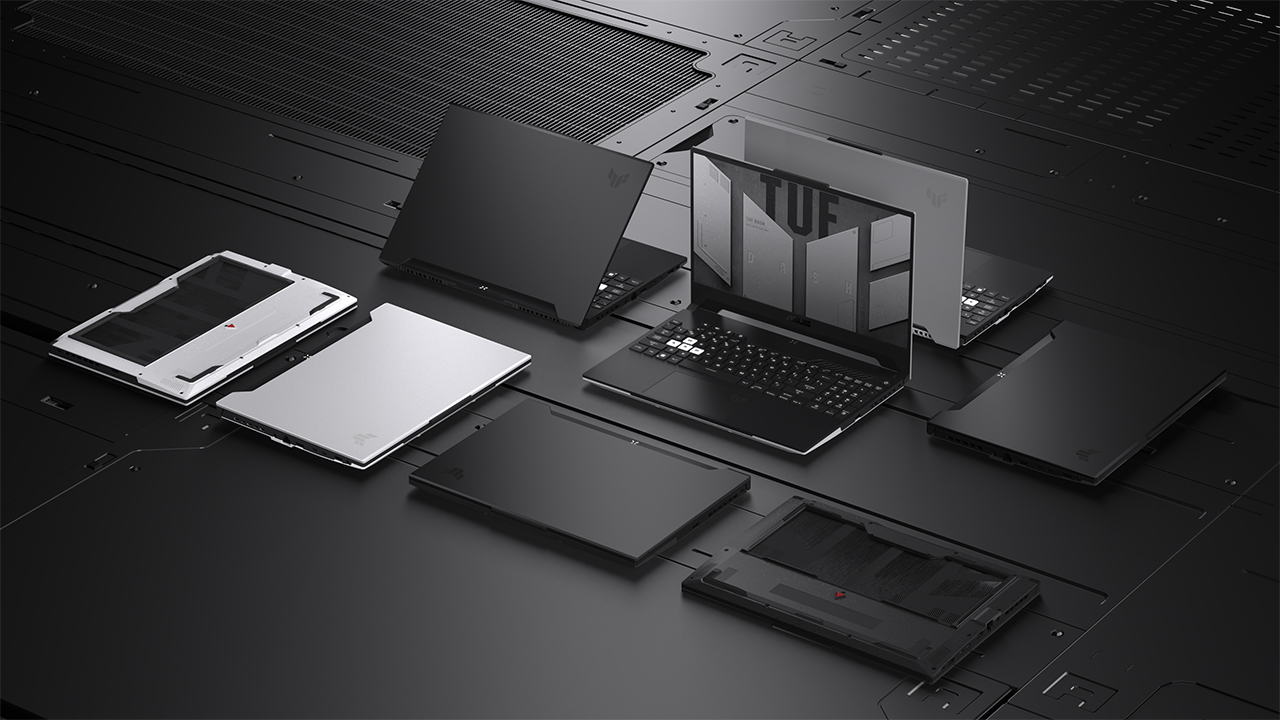 The TUF Dash F15 comes in 2 stylish colors, Off Black and Moonlight White, and will be available in the following models: